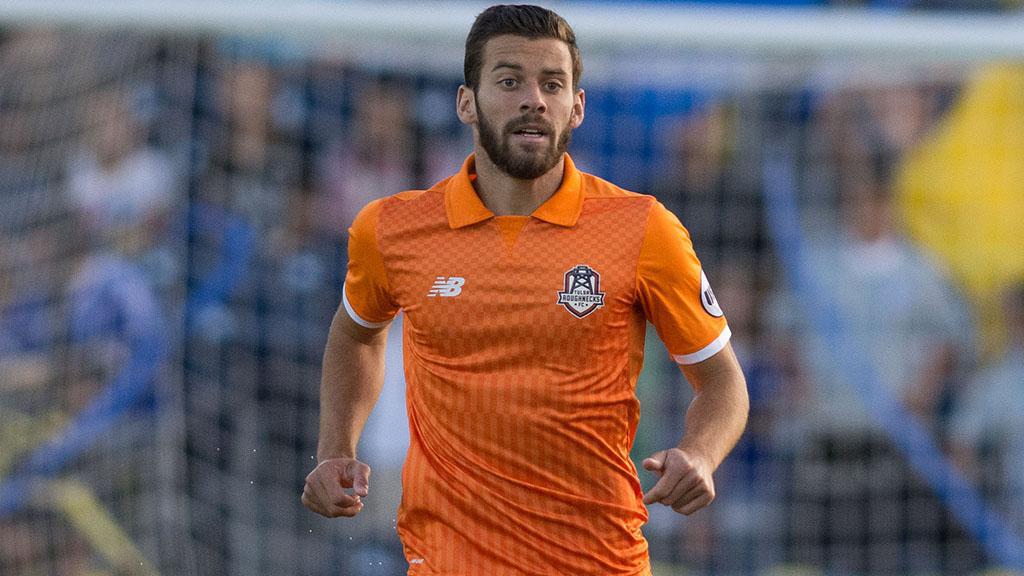 “I’m really excited to be a part of this club and can’t wait to get started in preseason,” said Calistri. “It’s going to be incredible playing in front of our passionate fans, and I plan on putting everything I have into helping make this team successful.”

Calistri had a standout season in 2017 on loan from the Fire to the USL’s Tulsa Roughnecks FC, where he scored nine goals in 31 appearances to help lead the Roughnecks to their first appearance in the USL Cup Playoffs. A native of Deerfield, Ill., Calistri came through the Chicago Fire Academy, and competed for the Chicago Fire U23 in the Premier Development League during his collegiate career at Northwestern University. Calistri scored 11 goals in 22 appearances for the Fire U23 before signing his first professional contract with the MLS side in 2015.

“I’m excited to welcome Joey into the group,” said STLFC Head Coach Anthony Pulis. “He has good versatility with the ability to play in any of the attacking midfield positions underneath the striker. He had an excellent year in Tulsa whilst on loan from Chicago Fire, scoring nine goals from a wide midfield position which is a great return. He’s another guy who really wants to be here, has a burning desire to keep improving and an excellent work ethic. I can’t wait to start working with him and the rest of the team.”

Collegiately for the Wildcats, Calistri played in 76 games and scored 30 goals during his Northwestern career. He made his professional debut in March 2016 in Major League Soccer against New York City FC.  Calistri made 16 appearances during the 2016 MLS season, scoring one goal, before his standout season in Tulsa a year ago.

SACRAMENTO SNAPS UP EISSELE: Sacramento Republic FC announced it had agreed to a USL contract with forward Christian Eissele for the 2018 season, with a club option for the 2019 season, pending league and federation approval.

Eissele joins Republic FC following his strongest season in the Ykkönen, Finland’s First Division. The forward ranked third among all goal scorers with 11 goals and eight assists in 27 appearances for FF Jaro. A native of Orlando, Fla., Eissele has spent the past five seasons in the Finnish and Swedish leagues, where he scored 92 goals and recorded over 35 assists in over 163 career appearances.

“We are delighted to sign Christian to the club,” said Republic FC Head Coach and Technical Director Paul Buckle. “He is a quality player with international experience, height and goal scoring capabilities that will fit in nicely with the likes of Wilson [Kneeshaw] and Cam [Iwasa].”

LOMIS LATCHES ON WITH NCFC: North Carolina FC has added forward Marios Lomis to its squad for the new season, with the Dutch forward signing his first professional contract after a strong fall at Creighton University.

“[Marios] was someone that myself and the rest of the coaches felt very strongly about,” said NCFC Head Coach Colin Clarke. “He’s someone who we think can step up and play at the professional level. He’s tactically very gifted and a strong finisher.”

Lomis comes to NCFC after spending the 2017 NCAA season with Creighton. He scored five goals and added one assist for the Bluejays during his single season with the school. In total, Lomis played in 17 matches and logged 1,011 minutes.

“I’m very excited to start the new season with North Carolina FC,” said Lomis. “My first impressions of the club, the facilities and coaching staff were very positive. Playing in the USL is very exciting and I’m eager to show my quality throughout the season. As a striker, I want to score a lot of goals and help NCFC get to the playoffs. I’m excited to meet my teammates and coaches and get to work on having a great season.”