Argentinian midfielder set for third season with club after solid 2017 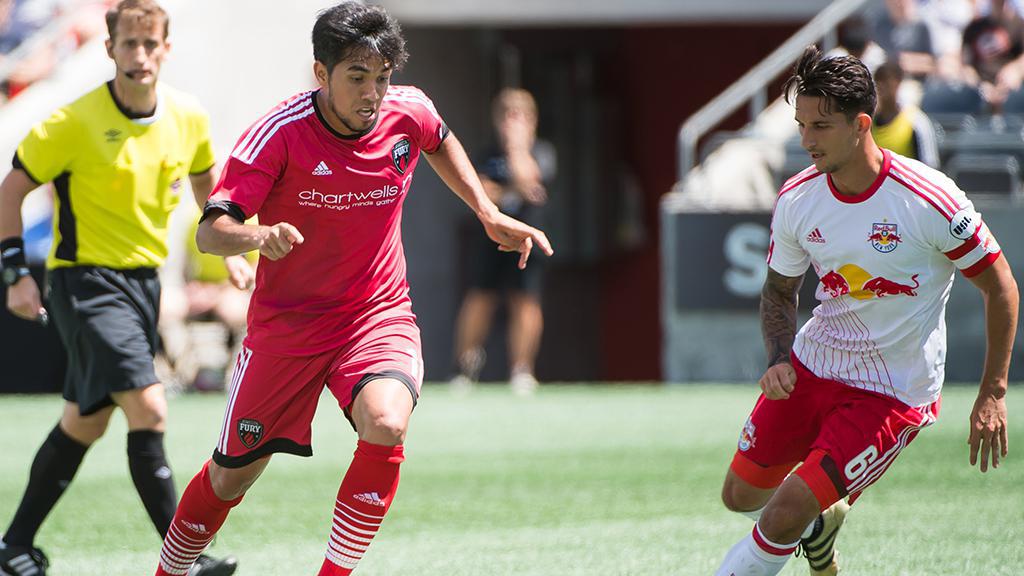 OTTAWA – Ottawa Fury FC announced on Tuesday it had retained a key piece of its midfield for the new USL season with Argentinian Gerardo Bruna re-signing for a third season with the club. The signing is pending league and federation approval.

“We are thrilled to have Bruna stay in Ottawa and expect great things from him in 2018,” said Fury FC General Manager Julian de Guzman. “His style and football IQ has served our club well in the past and, just like our fans, we look forward to seeing more from this talented athlete.”

A product of the youth academies at both Liverpool and Real Madrid, Gerardo Bruna was a touted signing for the club back in 2016, but was unfortunately kept away from the field most of the season due to injuries. The 2017 season was a much different story for Bruna; the dynamic midfielder was involved in 26 of the club’s 32 games, 23 of those as a starter scoring a goal and adding three assists in almost 2000 minutes of action.

“I really like the club, the city, the organization and my family loves it here, so it was an easy decision,” said Bruna. “I believe this club deserves a championship and I hope to help this team do just that.”

Bruna’s impressive 2017 season saw him lead Fury FC with 41 key passes and notch three assists, as his ability to move play and distribute saw him record a passing accuracy rate of 75 percent on 38.9 passes per 90 minutes.