Saravia arrives in Swope Park after spell with Columbus 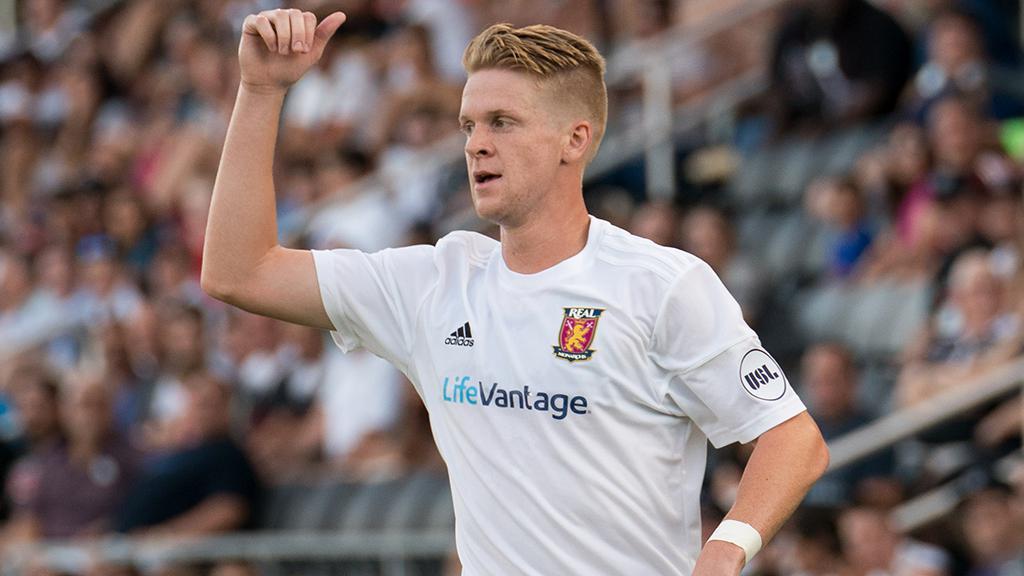 Curinga, 23, is a Clearwater native that played high school soccer at Clearwater Central Catholic High School before moving on to Florida Atlantic University.

"It's a dream to sign for your hometown club," Curinga said. "I'm really looking forward to the 2018 season and proving my worth with this historic club. I can't wait to play in front of these fans, especially Ralph's Mob."

He trained with the Rowdies last winter and played as a trialist in the 2017 Florida Cup before ultimately signing with the Monarchs. While with Real, Curinga made 26 appearances and scored a pair of goals to help the club claim the 2017 USL Regular Season Championship.

“Kyle is a player that we had here with us last preseason and we were really impressed with him,” Rowdies Head Coach Stuart Campbell said. “He had a great season in the USL last year and we’re excited to bring him home with the Rowdies. He’s at the right age to really kick on and take the next step in his career.”

The 24-year-old Saravia was selected in the first round of the 2016 MLS SuperDraft by Columbus and signed with the club later in preseason. He made 12 overall appearances for Crew SC throughout his rookie campaign – including a 12-minute cameo in a 3-2 loss to Sporting KC at Children’s Mercy Park on July 3, 2016.

Saravia started once in MLS action – a 4-3 victory over Real Salt Lake on May 28, 2016 – while also earning a pair of starts in the 2016 Lamar Hunt U.S. Open Cup. The Guatemala City native also made two appearances while on loan with Columbus’ USL partner, the Pittsburgh Riverhounds, in 2016.

HOLNESS LANDS IN BETHLEHEM: Bethlehem Steel FC welcomed another newcomer to its squad on Tuesday with the signing of Jamaican international Omar Holness. The fifth selection in the 2016 MLS SuperDraft, Holness joins Steel FC after spending the past two seasons with Real Salt Lake and Real Monarchs SLC. The move is pending league and federation approval.

“We were really excited for the opportunity to approach Omar given his experience in the MLS,” said Steel FC Head Coach Brendan Burke said. “He knows what it takes and what the daily demands are as a professional soccer player and I expect him to a veteran leader for us as a 23-year-old. We think that he has what it takes to translate to MLS and we want to provide him the platform to make that jump here at Steel FC. We knew he’s dealt with a long-term injury but he is a good place to be joining us in preseason on the road to recovery. All signs point to a tempered start but overall a great season for Omar.”

Holness has made a pair of appearances for the Reggae Boyz internationally, having previously featured for the U23, U20 and U17 national teams. Holness made 17 appearances in Major League Soccer for RSL over the past two seasons, and an additional 10 appearances for the Monarchs in the USL during the 23-year-old’s time at the club.

“Josh is a player that has impressed us these past two seasons as we followed his progress at LA,” said Republic FC Head Coach and Technical Director Paul Buckle. “His skills and tenacity as a player will be a welcome addition to our back line and complement the likes of Elliott [Hord] and Carlos [Rodriguez].”

Turnley spent the past two seasons with Los Dos after having been selected with the first pick of the third round (42nd overall) of the 2016 MLS SuperDraft, and made 37 appearances and recorded four assists as a member of Los Dos. He joins midfielder Jaime Villarreal in making the move to California’s capital this offseason.