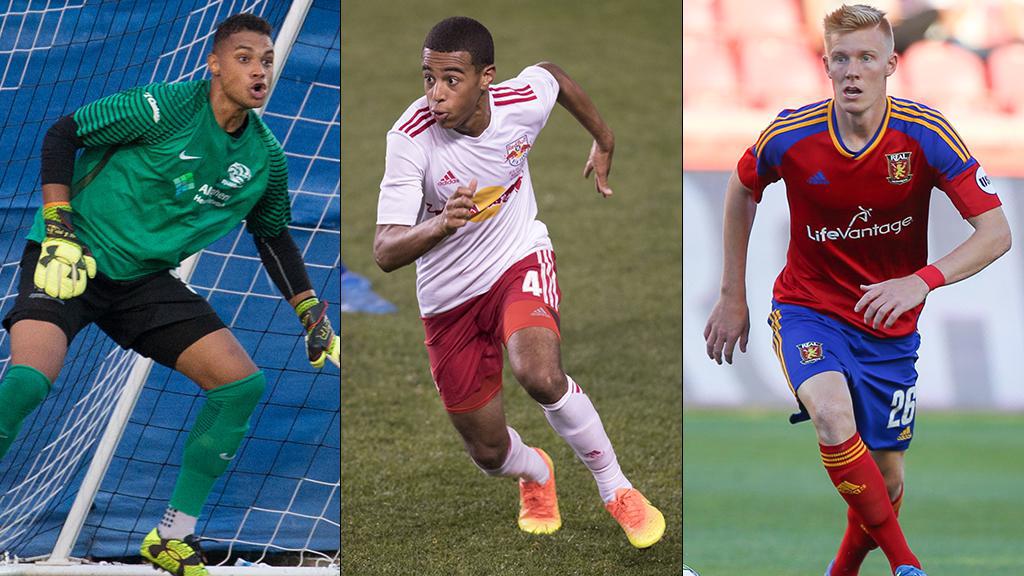 CHICAGO – Twelve players with USL experience have been named in a 30-player U.S. Men’s National Team squad which is set to convene in Carson, Calif. for training camp ahead of an international exhibition with Bosnia-Herzegovina on Jan. 28 at StubHub Center.

Among the group are 2016 USL Cup-winner Tyler Adams of the New York Red Bulls, who made his debut for the national team against Portugal in November, while first selections are handed to his fellow former U20 National Team colleagues Danilo Acosta and Justen Glad, both of whom played for Real Monarchs SLC.

Another first-time selection is Minnesota United FC’s Christian Ramirez, who starred in his lone USL season with the Charlotte Eagles as he led the club to the 2013 USL Cup, scoring twice in the final. His nemesis in that encounter is also named in the squad, with Orlando City SC’s Dom Dwyer named in the squad alongside C.J. Sapong, who also spent time on loan with Orlando during the club’s USL era in 2013.

Former Charlotte Independence loanee Marlon Hairston also earned his first selection, with the Colorado Rapids midfielder having opened his professional account in North Carolina with a goal and assist in eight appearances for the Jacks prior to being recalled from his loan. Seattle Sounders FC’s Cristian Roldan is also named in the squad.

A pair of standout goalkeepers were also selected, with Toronto FC’s Alex Bono and Columbus Crew SC’s Zack Steffen both having competed on loan in the USL before breakout seasons in 2017 in Major League Soccer for their respective clubs. Bono made 20 appearances for Toronto FC II across two seasons, while Steffen made nine appearances on loan with the Pittsburgh Riverhounds in 2016.

“We’re excited about our 2018 January Camp roster. It’s all about the future and opportunity,” said interim U.S. Men’s National Team Head Coach Dave Sarachan. “We clearly feel that we want to have a look at these players that have the chance to be a part of the National Team for a number of years to come. It’s a long journey forward, but this is the first step starting in 2018 for the program and for these players to now get experience at this level.”

The U.S. Men’s National Team exhibition against Bosnia and Herzegovina is set for a 9:30 p.m. ET kickoff on Jan. 28 at the StubHub Center in Carson, Calif., and the match will be broadcast live on FS1 and UniMas.