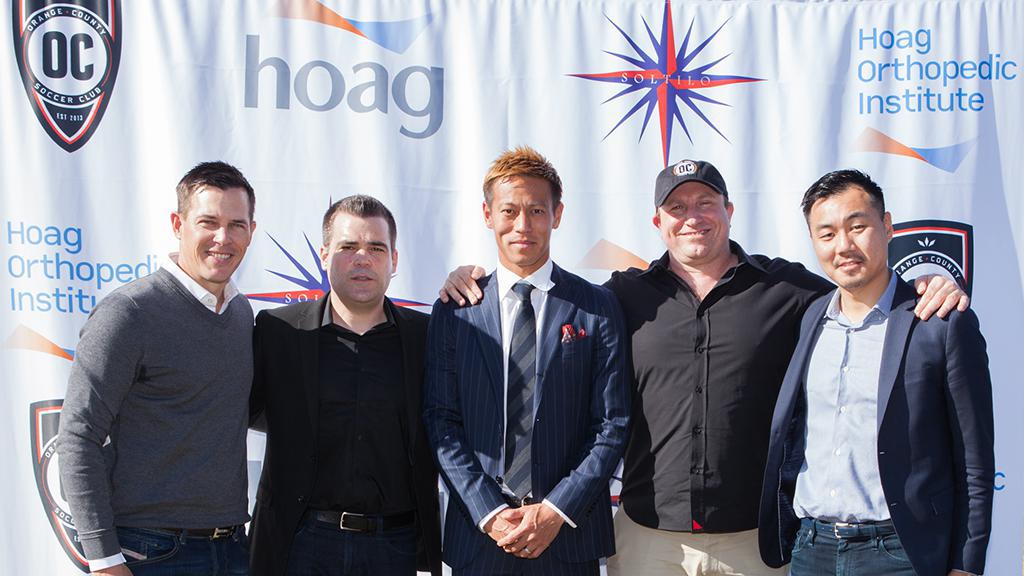 IRVINE, Calif. – Former Japanese international Keisuke Honda had been looking for a partner for Soltilo FC, the youth organization originally founded in 2007 that has expanded to more than 65 locations around the world since its inception.

When he arrived to train with the USL’s Orange County SC this past summer ahead of his move to Liga MX’s CF Pachuca, he finally found the fit he and his partners had been looking for.

The partnership was officially unveiled on Friday during a press conference at the USL club’s new Championship Soccer Stadium at the Orange County Great Park, where both sides were excited for what the future would hold for soccer in Southern California.

“I am so excited about soccer in Orange County and about this partnership,” said Honda. “We spent a long time looking for the right partner that shares our values and is committed to the common vision of the power of soccer to help young men and women reach their full potential on and off the field.  When I came here this summer to train, I knew we found our perfect match in Orange County SC.” 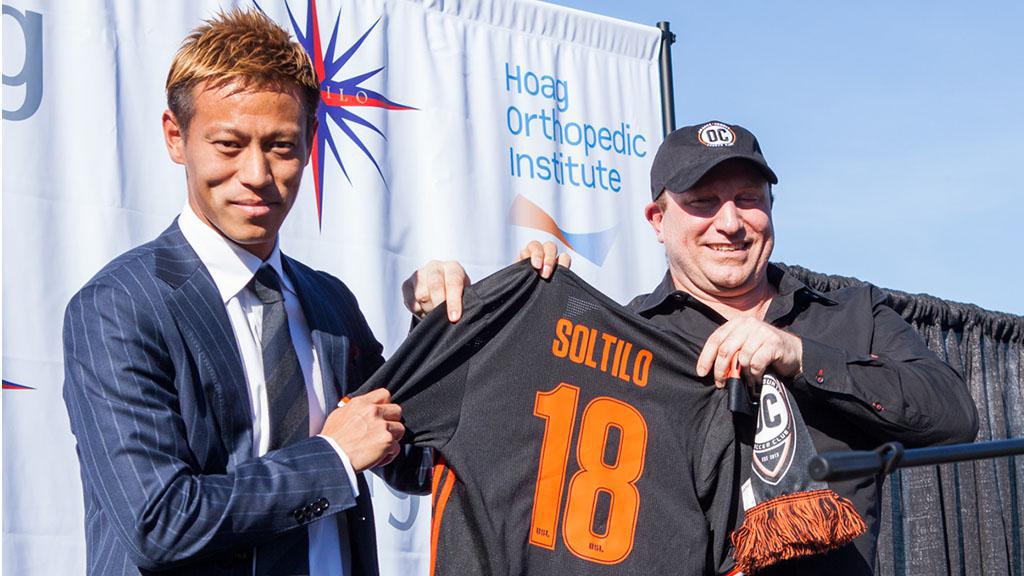 Aimed at solidifying Orange County as the premier youth soccer development community in the United States, with the goal of reaching out to the extensive Asian-American communities of Orange County and the surrounding areas, the partnership could open new doors and cast a wider net for player identification across the region.

For its part, Orange County SC will provide youth soccer players in the Soltilo network in Southern California and its five youth academies around the globe with a direct pathway to play professional soccer in the USL and beyond.

“Southern California has historically been among the largest providers of players to both US National Teams and Major League Soccer,” said Orange County SC General Manager and Executive Vice President Oliver Wyss.  “The union of our two organizations will create a magnet for youth soccer talent in a region with a population of nearly 12 million people – perhaps the largest number of youth soccer players anywhere in the United States, each with an eye towards becoming the next Christian Pulisic, Landon Donovan or even Keisuke Honda.”

In addition to the on-field partnership, which will see Soltilo FC employ the same tactical approach developed by OCSC Technical Director Frans Hoek for the USL club, the two organizations have also struck a commercial partnership that will allow Japanese and other Asian corporations seeking sponsorship and product development opportunities in Southern California’s wealthiest and most desirable markets, with opportunities available in both Professional and Youth Soccer.

The two organizations will host clinics each year with Keisuke Honda in attendance and partner on elite youth club tournaments. The clinics and youth tournaments will take place at the Great Park in Irvine, Calif. The first tournament is scheduled for July 15-16, 2018, with enrollment beginning in early 2018.