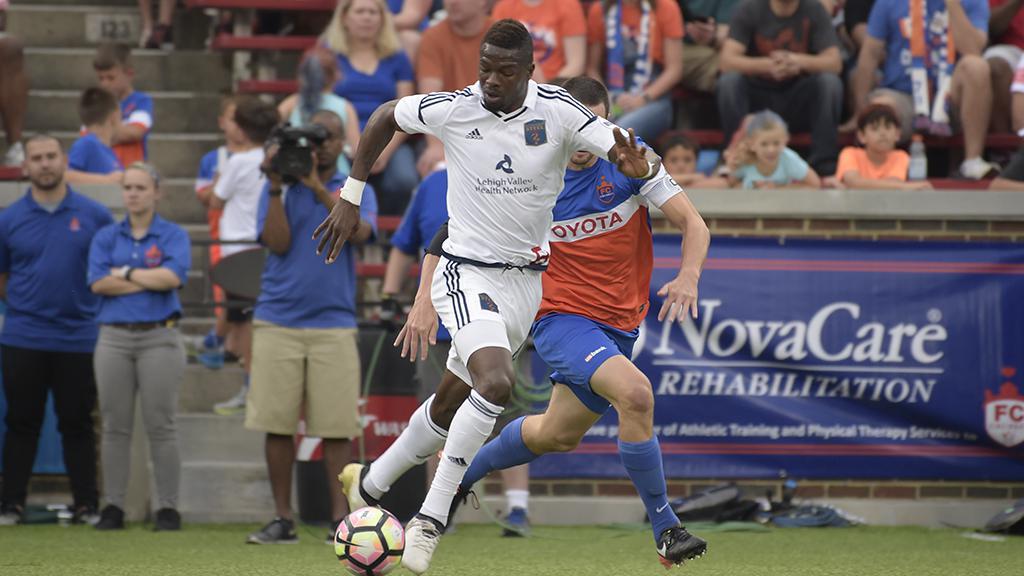 BETHLEHEM, Pa. – Bethlehem Steel FC standout Cory Burke became the second player to make the move to the Philadelphia Union from the USL club on Thursday as the Jamaican international was unveiled as the MLS side’s latest signing.

A native of Kingston, Jamaica, Burke recorded 13 goals in two seasons for Steel FC, while leading the club to its first appearance in the USL Cup Playoffs this past season. He joins former U.S. U20 international Derrick Jones in having made the move from Steel FC to the Union.

“We are pleased to sign Cory to our First Team and reward his excellent performance with Bethlehem Steel FC,” said Union Sporting Director Earnie Stewart. “Cory’s success is a testament to the importance of Bethlehem in developing players within our organization. Under Brendan Burke and his staff, Cory has been playing in our system for two years now. We anticipate a successful transition to the Union, and we are looking forward to seeing Cory take the next step in his career.”

“We are all very excited for Cory and wish him all the luck as his career progresses,” said Steel FC Head Coach Brendan Burke said. “He had an excellent year with Steel FC and Jamaica last year and this promotion is well deserved. I hope that his speed, tireless work rate and willingness to adapt based on the team’s needs will serve the first team as well as he has served Bethlehem over his two years with us.”

Burke joined Steel FC ahead of the club’s inaugural season in 2016 on a year-long loan from Jamaican side Rivoli United, where he scored 25 goals in four years with the club. In his debut season with Steel FC, Burke tallied four times in 21 appearances. He joined the team on a permanent deal ahead of the 2017 season, where he went on to score nine times, ranking second on the club. Burke added a pair of assists in each of his two seasons with Steel FC and tallied a pair of braces against in-state rival the Pittsburgh Riverhounds in 2017.

Internationally, Burke has played alongside Union goalkeeper Andre Blake with the Jamaican National Team, earning 13 caps over the past 16 months, scoring twice. He made his debut in a World Cup qualifier against Haiti on September 7, 2016. He scored his first international goal just over a month later, tallying against Guyana in Caribbean Cup Qualification on October 12, 2016. He made five appearances in the 2017 Gold Cup, in which Jamaica finished as runners-up.