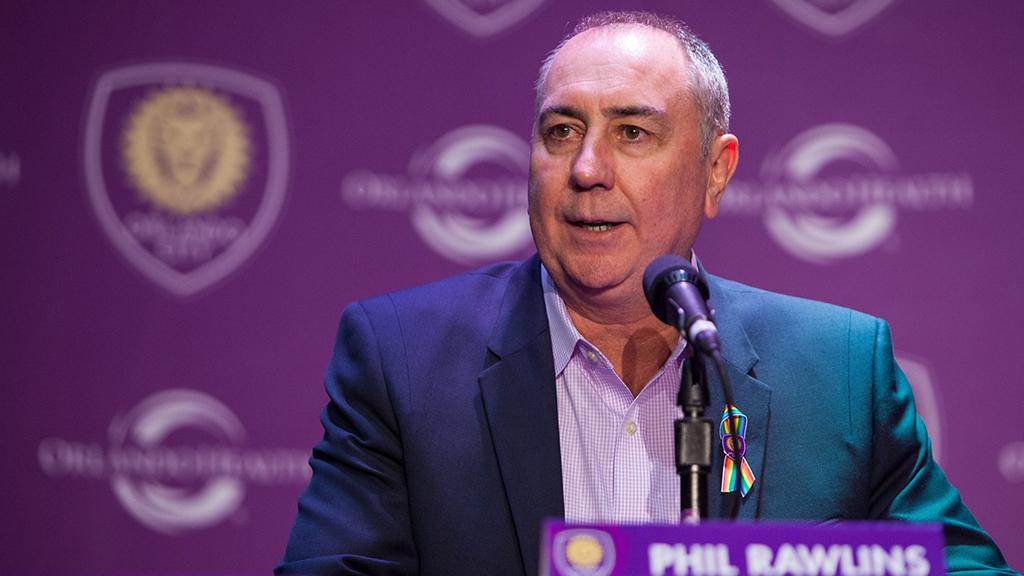 TAMPA, Fla. – Orlando City SC wasn’t the first club with roots in the USL to make the move to Major League Soccer in the past decade, but the Lions’ path from the origin of the league’s modern era to the top flight has been one of the bigger domestic soccer stories in the United States, and helped create a model that others have looked to emulate since, earning success on the field and in the stands.

The club’s founder, Phil Rawlins, is now the subject of a new book by Simon Veness and Susan Veness titled “Defying Expectations”, detailing the journey of the club from its origin in Orlando, its ascent to quickly becoming arguably the biggest club in the lower divisions over its first four seasons, and its arrival in Major League Soccer at the start of the 2015 season.

At the recent 2017 USL Winter Summit, we caught up with Rawlins to talk about Orlando City’s history, the growth of the USL alongside the Lions, and the continued ascent of the league since Orlando’s move to Major League Soccer.

Q: The title of the book, ‘Defying Expectations’, was the rallying call for Orlando City SC upon the club’s launch. Did you ever dream that the club would have come this far, this fast?

Phil Rawlins: Coming to Orlando in 2010 was a huge risk at the time but the City felt “right” for a second major sports franchise. We set out a bold vision of bringing MLS within five years and our fans got behind that goal. It was evident from the outset that we had a passionate group of fans, but I couldn’t begin to dream just how big the game would get in Central Florida or just how relevant our brand and team would become over the next five to seven years! It’s been an incredible journey, one that is outlined in full in the book.

Q: There’s a real parallel between the unveiling of Orlando City SC, and the origin of the USL as we now know it in late 2010. What does it mean now to have been such a key part of the early years in the league’s modern era?

PR: In 2009, 2010 USL was going through major upheaval and a very uncertain future. As a new team our loyalties were severely tested, but USL had just the right people and was the right league to be with. Once I had made the decision to stay with USL, it was a privilege to play such a key role in the rejuvenation of the league and set an example for so many to emulate. With hindsight, it is clear we made the right choice then and now.

Q: Why do you think the USL has been able to emerge in the manner it has, seven seasons into its modern history, to become the league it now is?

PR: USL, under the guidance of Chairman Rob Hoskins, CEO Alec Papadakis and former President Tim Holt, always had good leadership who were committed to the long term. They implemented a strong plan and have been very smart about the markets they have attracted. Also, the agreement with MLS has been a win-win for both parties and has undoubtedly helped USL grow.

Q: Was there a moment in Orlando’s early history where you thought, ‘this is it, this is what I envisioned when we launched this club.’?

PR: Yes, I think the first USL Cup in 2011 where we had over 11,000 fans in attendance showed everyone involved with Orlando just how much potential we had.

Q: The 2013 USL Cup is still the highest-attended championship game in the league’s history. What do you remember most about what was one of the greatest games either of us has been at?

PR: The 2013 championship game was a wild and crazy affair! First, over 20,000 fans turned up, then there was the return of Dom Dwyer – I tell the whole Dom story in the book – then the crazy score-line, 7-4. Eleven goals never happens in a final. But what I remember most was looking into our players eyes in the lineup, it told me everything I needed to know about if we were ready! It came at a pivotal time for us, as we were lobbying hard to get MLS status at the time. 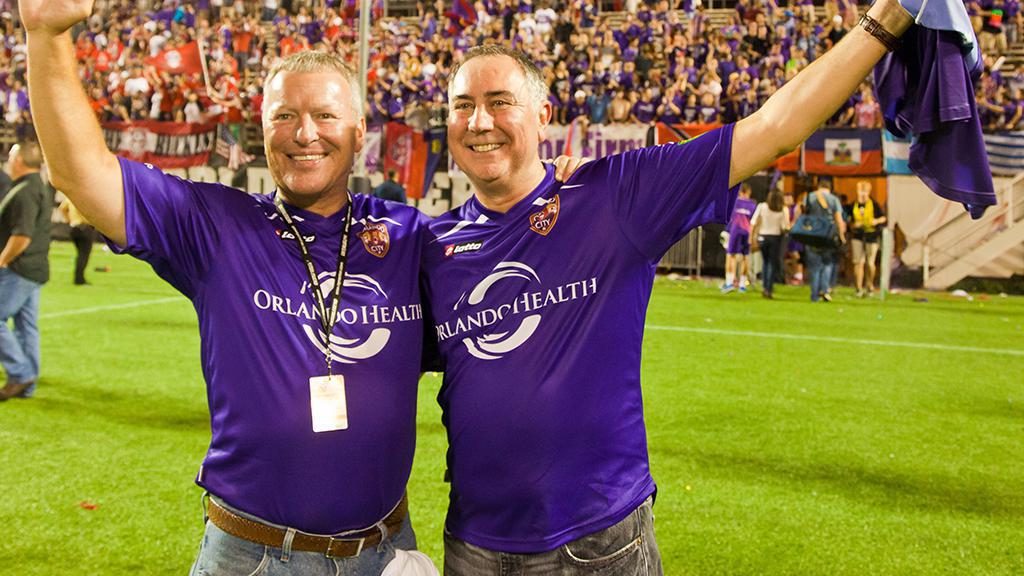 Q: What has it meant to see the manner which the USL has continued to thrive since Orlando’s move to Major League Soccer, and the potential that others could soon be joining you in the top flight as a result?

PR: It is great to see the continued success of USL, I am proud that Orlando led the way in so many respects, attendance, sponsorship, marketing etc. It makes me very proud when I see the likes of Sacramento, Cincinnati and several others following our model and striving for a place in MLS.

Q: You don’t have to be quite as hands-on in Orlando as you are nowadays, is there anything you miss about those early years?

PR: Yes, I miss the relationships with the fans. Back in 2011, 2012 I pretty much knew every fan by name and their stories! We built incredible bonds. The fans played a huge part in helping us gain MLS status.

Q: You’re still strongly connected to the USL, though, and some of those that began in Orlando – for example current USL Cup champion James O’Connor – are having great success in the league. Is that fun for you to see?

PR: It’s great to see the success that Louisville has had and I am particularly pleased for James. Also, we now have Ant Pulis at Saint Louis FC, another coach with huge potential. It’s clear that Orlando’s influence on the game through its story, its success and its alumni will go on for some time.

Q: The book’s written and published, so what does the next chapter hold for Phil Rawlins?

PR: The Orlando City story was really nine years in the building, and it was 24/7 for me. We have started a small, boutique consulting company. We work with just a very select handful of leagues and clubs on their development. We don’t want to grow it too big, just enough clients that we can take really good care of their needs. Outside of the consulting, I am really focused on enjoying my skiing now that we live in Colorado.

Defying Expectations is now on sale at booksellers and online retailers.