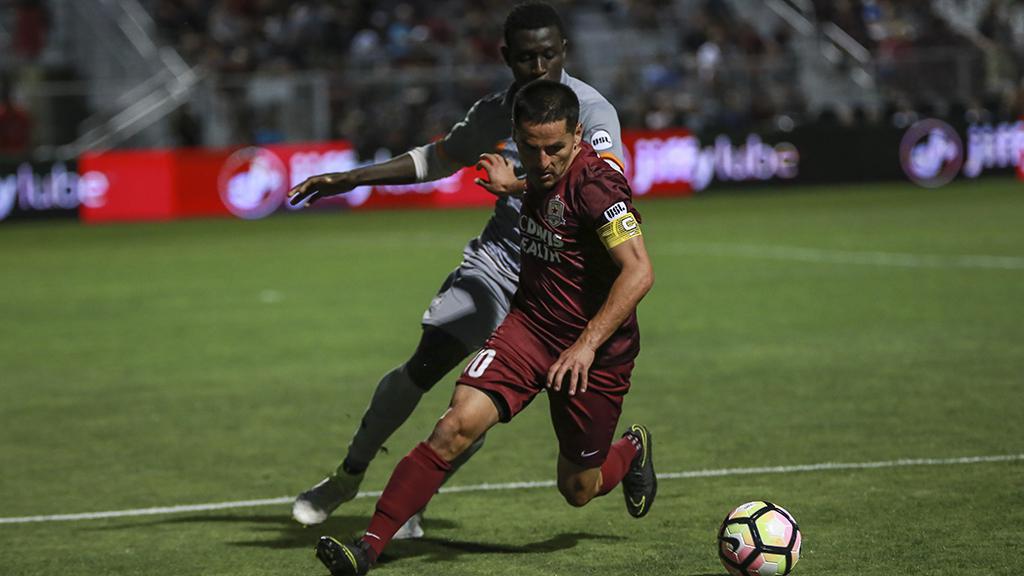 “By exercising these options, we set a foundation as we look towards the 2018 season,” said Republic FC Technical Director and Head Coach Paul Buckle. “All five of these players have shown us what they are capable of doing on the pitch and we look forward to seeing their potential fully realized in this upcoming season.”

Barrera will look to rebound from a 2017 season that was cut short due to injury, after the midfield playmaker underwent foot surgery on July 7. The 27-year-old is the club’s all-time leader in USL assists with 16, and in 2016 was named to the USL All-League First Team. Barrera has made 77 appearances in all competitions for Sacramento, including 62 league appearances, during his three seasons with Republic FC.

Kneeshaw enters his third season with the club after a season that saw him record five goals and five assists in 22 regular-season appearances in 2017. The “Arden Archer” notched 22 key passes in the 2017 season, and also provided the assist on Espino’s goal in the club’s penalty shootout victory against Real Monarchs SLC in the Western Conference Quarterfinals of the 2017 USL Cup Playoffs.

Espino’s goal against the Monarchs was his second for the club, as the late-season addition prepares for his first full season in Sacramento after initially signing on Sept. 14. Espino signed with Republic FC from the CESIFUT Academy, joining Rodriguez as the second player on Republic FC’s roster from the renowned Mexican academy. Espino made six regular-season appearances for Republic FC in 2017, scoring his lone goal of the regular season in his debut on Sept. 16 against LA Galaxy II.

Rodriguez battled back from a broken leg in preseason to have an impact toward the conclusion of Republic FC’s 2017 season as he made eight appearances for the club and scored his first league goal against Rio Grande Valley FC on Sept. 9. Entering his third season in Sacramento, the young defender has made 17 league appearances overall for Republic FC.

Hord had a strong second season for Republic FC in 2017, making 27 league appearances and recording 31 key passes from his fullback position. The 26-year-old won 28 of 34 tackles and also recorded 25 interceptions in the 2017 season, while posting a passing accuracy rate of 82 percent on 39.1 passes per 90 minutes.