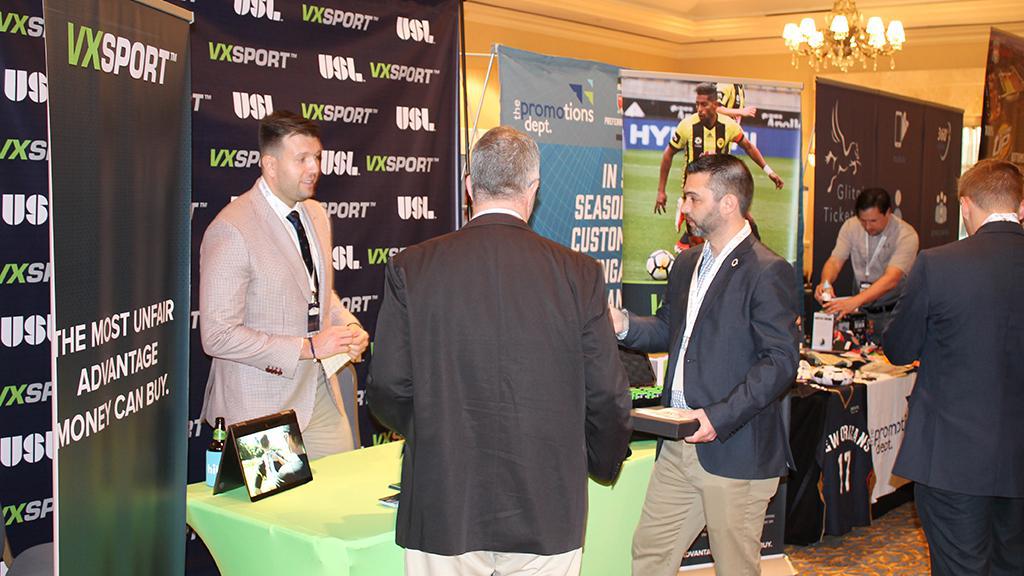 TAMPA, Fla. – Hosting numerous daily seminars on topics that run the gamut from ticket sales to operations, communications and social media best practices, one of the aims of the USL Winter Summit’s main goal is to provide plenty of food for thought for the league’s teams as they work toward short-term and long-term goals for growth off the field.

On top of that, however, is the opportunity to meet in person with the numerous vendors and companies – including those that are part of the USL Preferred Supplier program – that were part of the trade show held in conjunction with the conference. More than 30 organizations had displays and staff on hand that either built on previous conversations, or established new connections, as clubs aimed to close deals that will bring new partners on board in areas as varied as ticketing, concessions, stadium design and construction and playing surfaces.

Making those in-person connections has proven valuable for the businesses that attend the event each year. For Groupmatics’ Dan Badders, whose company specializes in group event management and ticket sales, the personal touch can be the final part of completing the deal.

“You email and talk with people over the phone, and it takes so long to do all that back and forth, and then you get to meet people in person and business gets done a lot quicker,” said Badders. “It’s been very helpful to put faces to names and get some business done that we’ve been trying to get done via email for a few months.” 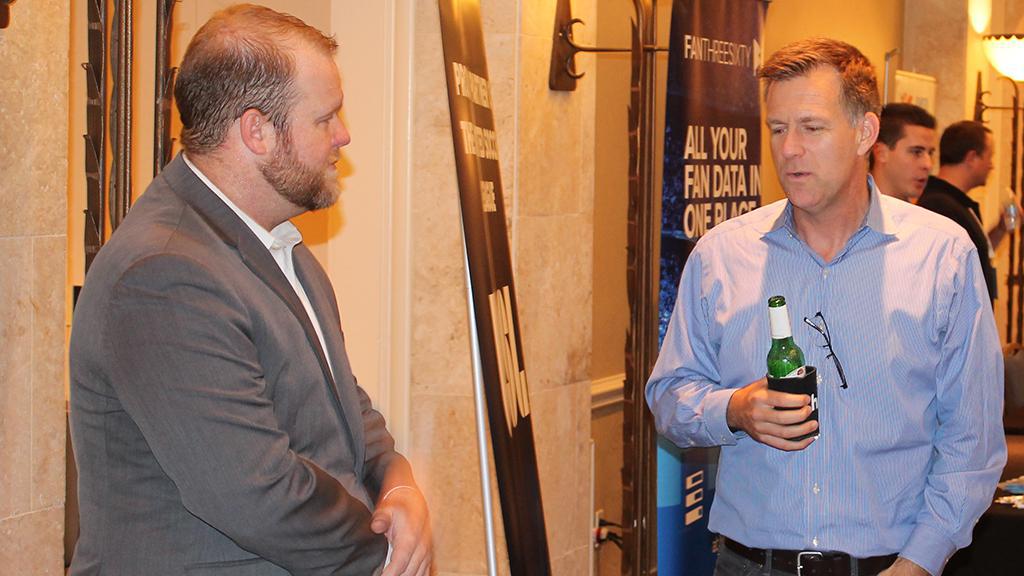 Teamworks’ Kevin Stevenson agreed, with the communications and operations platform having moved into the soccer realm over the course of the past year after major success with the Big Ten and adidas. Formerly of Phoenix Rising FC, Stevenson’s knowledge of the soccer business brought some connection to the USL already, but the company’s partnership this week with FC Cincinnati has the potential to open the door for more down the line for the highly-respected organization.

“USL does a great job of putting great content in front of everybody, but you can’t forget the fact that this is a great networking event and people from other teams get to go and talk to other operations folks,” said Stevenson. “What’s great about the league is they’ve really taken a commitment to sharing best practices, so if someone like FC Cincinnati is using it, chances are someone else will want to take a look at using it, and that has a great effect, especially being here.”

This year’s broader approach to the Winter Summit – and its resulting relocation to the Marriott Waterside in downtown Tampa – meant almost 500 team executives and staff were on hand for the event over the past week, meaning the chance for meaningful connections between businesses and potential clients had never been higher.

“The beautiful part about this – compared to four or five years ago – is everyone is in one centralized location,” said Stevenson. “We know when we come here if we need to talk to someone in community relations or marketing for a particular club, we can do that, and that’s great value for us.”

And as the USL continues to grow, so do the opportunities for both clubs and businesses to grow alongside it.

“We’re here to put butts in seats and to sell tickets,” said Badders, “so to see the league is growing and able even to put on meetings like this is really great for the future.”