Lilley believes both have ‘bright futures’ after positive rookie years 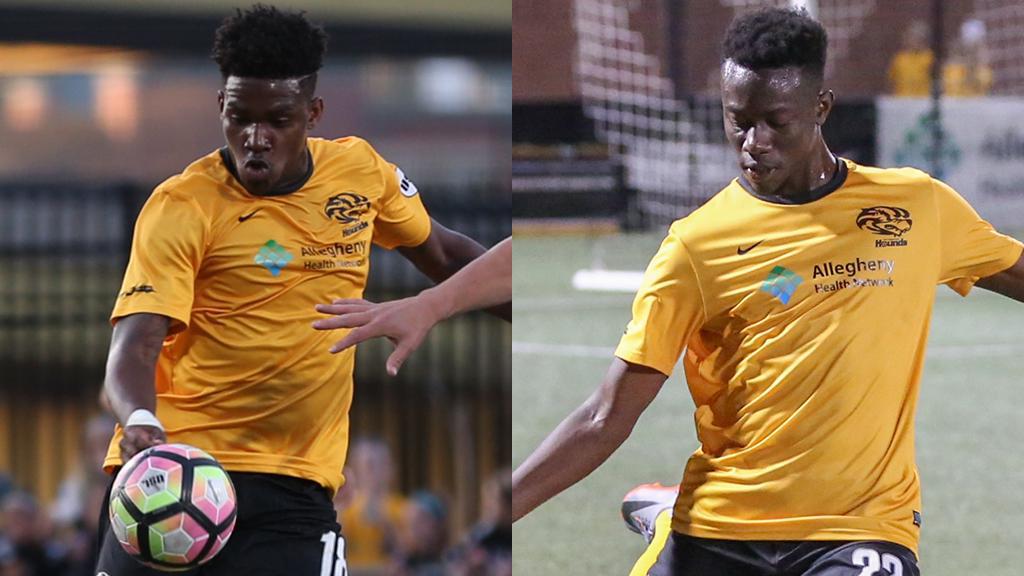 PITTSBURGH – The Pittsburgh Riverhounds announced on Friday the club had signed defender Tobi Adewole and forward Kay Banjo on one-year deals with an option for the 2019 season. The signings are pending league and federation approval.

Both enjoyed successful rookie campaigns with the club last season, Adewole, 22, and Banjo, 25, were two of four rookies to appear in 10 or more games for the Hounds in 2017.

“Tobi and Kay are young players that we believe have bright futures,” said Riverhounds Head Coach Bob Lilley. “We definitely feel these are the types of players we want to develop moving forward and although they’re in the early stages of their careers, they have shown the ability to compete at the USL level.

“For Tobi, a first-year player, to show the consistency he did in the back is impressive. He has good athleticism in the air and has shown the ability to be strong in his one-on-one defending, while Kay’s creativity, quickness and technical ability around the goal will make us more dynamic in the final third.”

Adewole made an immediate impact once being inserted into the lineup for the club’s July 4 tilt against the Charlotte Independence, making 15 consecutive starts before seeing his season cut short by a knee injury. The defender finished second among Hounds rookies in minutes played (1,322), while also racking up 100 clearances, second on the team.

For Banjo, the forward led all Hounds rookies in scoring, tallying two goals and two assists for six points in 19 league appearances.