2016 USL Goalkeeper of the Year makes move from FC Cincinnati 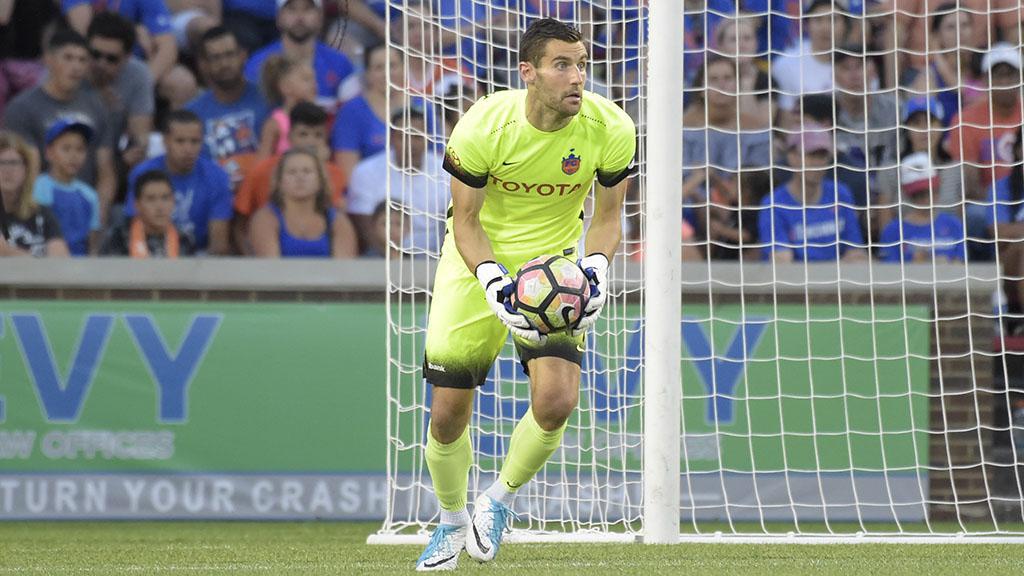 ATLANTA – Atlanta United announced on Friday it has signed former FC Cincinnati goalkeeper Mitch Hildebrandt. The 29-year-old goalkeeper spent the last two seasons with FCC, and was named the 2016 USL Goalkeeper of the Year.

“Over the last two years, Mitch has done a notable job at the USL level and has earned an opportunity to play in MLS,” said Atlanta United Vice President and Technical Director Carlos Bocanegra. “We’re pleased to add him to our roster and are confident in his ability to add to the overall quality of our goalkeeper contingent.”

Hildebrandt joined FC Cincinnati prior to the club’s inaugural season in 2016 and guided it to back-to-back USL Cup Playoffs appearances. In 2016, he was named the league’s Goalkeeper of the Year after compiling a 0.862 goals against average with 10 clean sheets. He helped lead the team to a third-place finish in the Eastern Conference.

This year, Hildebrandt backboned FC Cincinnati to the 2017 U.S. Open Cup Semifinals where the club ultimately lost to New York Red Bulls 3-2. In five matches, he produced three clean sheets in matches against Louisville City FC (June 1), Columbus Crew SC (June 15) and Miami FC (Aug. 3). Then in the Round of 16, Hildebrandt heroically saved three penalties in a shootout to lead FC Cincinnati to an upset win over Chicago Fire. In league play, Hildebrandt started all 32 games and helped lead the club to a sixth-place finish. He also led USL in saves.