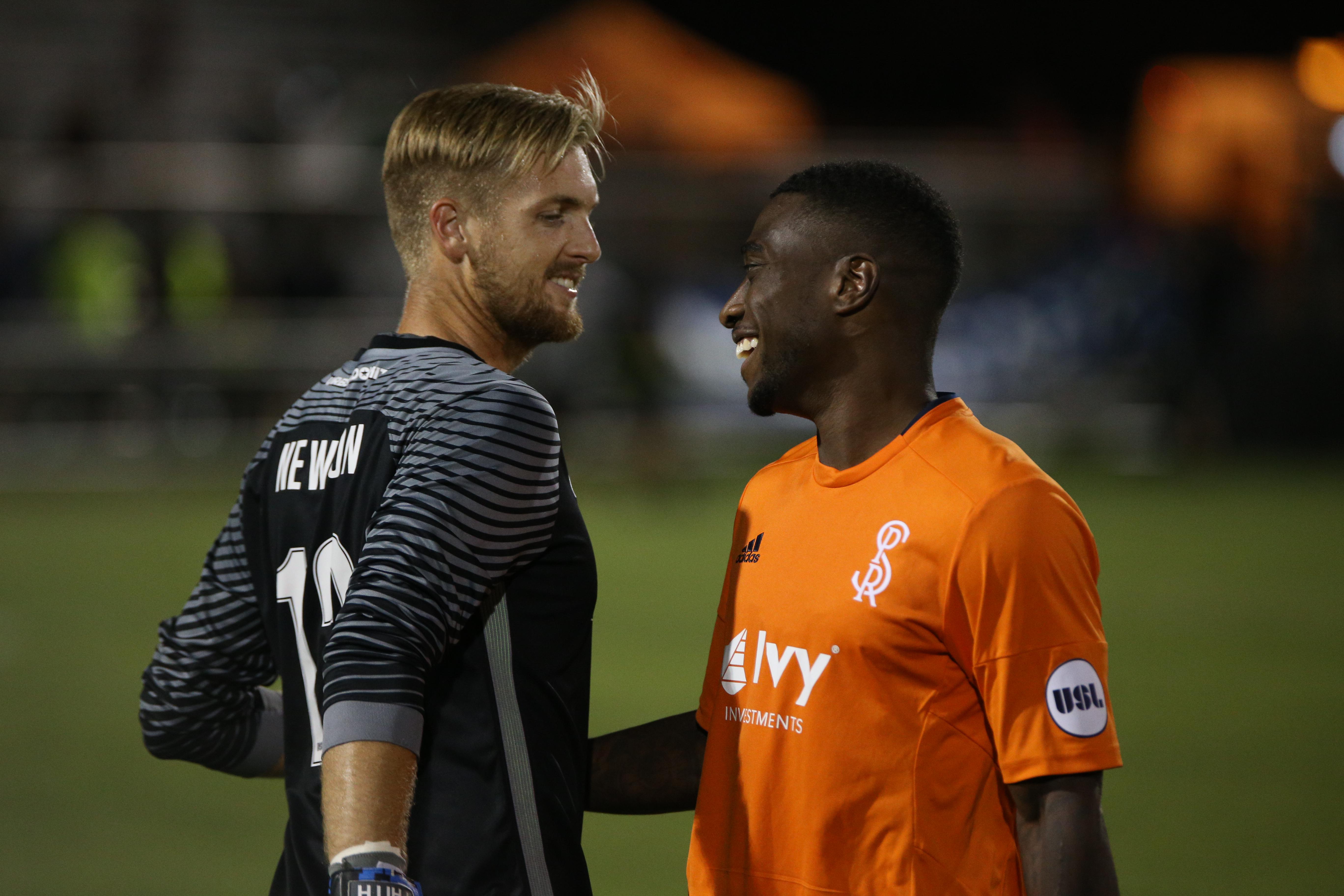 Given the friendship the pair have shared going back to their upbringings in Virginia Beach, Va., the bonds between the two have remained over the course of their professional careers despite never having shared a locker room as teammates.

“I’ve known Kharlton for a while now,” explained Newton. “He played soccer with my little brother growing up, so he’s a few years younger than I am, but he played club soccer with him. I’ve known him since then, but I didn’t really know him that well. When he started his pro career I got to know him more.”

Seeing Newton as that older local standout who made it as a professional player was a big influence on Belmar. It was something that pushed Belmar on in his teenage years to concentrate his sporting energies on soccer amongst all the other things vying for a teenager’s time.

“It definitely provided something to strive for,” said Belmar. “Growing up in Virginia Beach there’s been very few people to make it and become professional in any sport, so to see Evan do it meant that I wanted to do that too, and accomplish that too.”

That influence did not end with Newton just being a target to strive for, but as Belmar continued his career, Newton proved to be a crucial support mechanism as the now Sporting Kansas City forward made his way into the USL with the Portland Timbers 2 two years ago.

“He’s definitely helped a lot, since the beginning he’s reached out to me with advice, making sure that I’m doing well, and doing okay from a mental standpoint,” said Belmar, who claimed the USL’s Rookie of the Year award in 2015. “He’s just been really supportive as this whole journey has got started. I definitely owe a lot to him from a friendship standpoint and also being out there for me through this whole professional journey so far.”

The role of being a mentor for Virginia Beach players is something that Newton takes seriously, and sees as an honor for him. The success seen by Belmar, and others in the USL including Rio Grande Valley FC's Eric Bird and the Harrisburg City Islanders' Travis Brent has been enjoyable for the 29-year-old goalkeeper.

“It’s cool, it’s fun, it’s good to see people from your area succeeding, and just trying to hopefully see more and more guys do it,” said Newton. “You give them as much advice as you can so they hopefully stick around, because it’s good for our area, especially when everyone comes home in the offseason and we get together and play.

"I was home for the last couple of weeks, I just got back this week, and me and Travis Brent and Eric Bird and some of the other guys, and then we have brothers Richie [Duffie] from Pittsburgh, and Devon [Fisher] who plays for Jacksonville, and Garrett Halfhill at Cincinnati so we have six or seven of us now. You just want to guide those guys and see them succeed. Ultimately, it’s good for the area. “

The big question is where the next player from Virginia Beach comes from. After Steve Jolley led the way in the 1990s and PDL alum Corey Ashe more recently, it is now Newton and Belmar leading the way. Both Ashe and Newton played in the PDL for the local side, the Virginia Beach Submariners. Having that pathway helped to push Newton into the professional ranks, and helped fuel a passion for development that has remained strong.

“There’s a lot of talented players [in Virginia Beach], we used to have an academy there but unfortunately they lost that because they couldn’t get the funding,” said Newton. “A couple of the clubs couldn’t come together and just put their egos aside and build the best club possible to produce players for the academy, I don’t know all the ins and outs of it but it’s sad that we’ve lost that academy.

"Now the best kids are playing for their club, but not at the top level. Some of the top, top players are traveling to Richmond to play in an academy, but now it’s harder for these [other] kids to get noticed.”

Both Newton and Belmar prove that there are clearly talented players in Virginia Beach. As both lead the way both on the field and as mentors to the next generation, the talented duo will continue to mark the path for those aiming high in a strong soccer city.