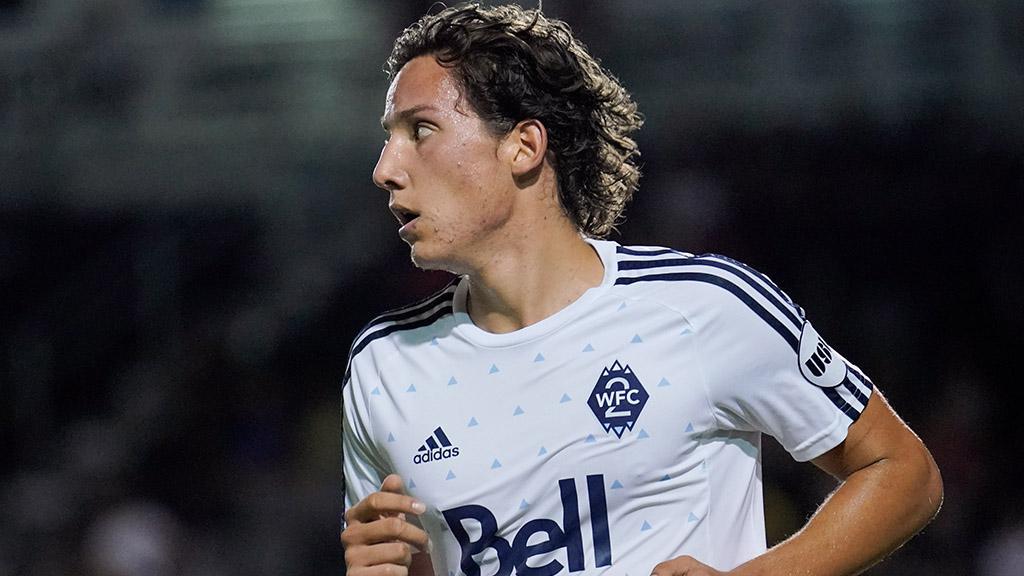 VANCOUVER, B.C. – Vancouver Whitecaps FC announced on Friday the club’s 2017 USL Player of the Year and Residency product David Norman Jr. had signed an MLS contract as a Homegrown Player. The contract will run through 2018, with options until 2021.

“David is a good player and has what every young player should have, and that's an unbelievable attitude,” said Whitecaps FC Head Coach Carl Robinson. “He comes to work every day, he's hungry, he wants to learn and he wants to get better. As his body grows he will get an understanding of how to use what he's good at. The hard work starts now for him. He deserves his chance and he'll come into preseason to fight for his spot.”

Having originally started in Whitecaps FC soccer camps as a child, the 19-year old midfielder now moves up to the ‘Caps MLS squad after spending his first professional season in the USL. Norman made 26 appearances for Whitecaps FC 2 in 2017, with 25 starts, and led the team with 38 chances created, 144 duels won, and three assists, while also finishing second on the team with 59 tackles. Norman capped off the year by scoring his first professional goal in the team's regular season finale.

“I am thrilled to have signed a first team contract after many successful years in the Residency and last year with Whitecaps FC 2,” said Norman. “I look forward to the hard work that is to come and having a chance to play for this club and its supporters.”

The son of former Whitecaps FC and Vancouver 86ers player and Canadian international David Norman, the second-generation 'Caps player first began playing for the club at age nine as a member of the Whitecaps FC Prospects program. He would later join the U-15 Residency team before moving up through the U-16 and U-18 teams. Internationally, the younger Norman has represented Canada at the U-15 and U-17 levels.