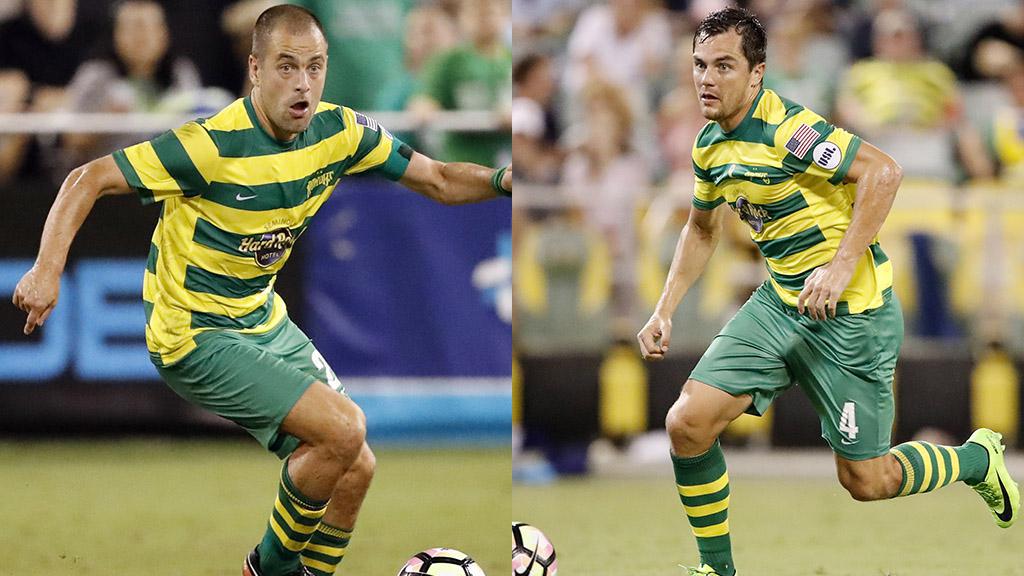 ST. PETERSBURG, Fla. – The Tampa Bay Rowdies announced on Thursday the midfield duo of Joe Cole and Marcel Schäfer would lead eight current returnees to the club for the 2018 USL regular season as the club made its first roster moves of the offseason.

Both Cole and Schäfer were previously under contract for the 2018 season, with Cole getting set to enter his third season with the Rowdies. The former England international has scored 16 goals and notched 12 assists in 52 matches for the club over the past two seasons, and this past season finished sixth on the team with 2,272 minutes of action in 28 appearances.

Schäfer joined the Rowdies ahead of the 2017 season and finished tied for second in the USL with 11 assists, setting a modern-era club record for most assists in a season. The German midfielder also scored seven goals, which ultimately landed him a spot in the 2017 USL All-League First Team, including a pair of strikes that landed Schäfer on the ESPN SportsCenter Top 10.

“We’re excited to bring back a strong core of the 2017 roster, which helped us break multiple club records in our first season in USL,” said Rowdies Chairman & CEO Bill Edwards. “I believe we have a great coaching staff that is prepared to bring the USL Cup to St. Petersburg in 2018 and they are working extremely hard to prepare an even stronger roster for the upcoming season. Our amazing fans deserve a championship team after all the fantastic support the club has received season-after-season.”

In addition to Cole and Schäfer, the Rowdies are also set to return goalkeeper Akira Fitzgerald, who had four shutouts in his six starts during the 2017 season, and defenders Neill Collins and Zac Portillos, who helped the Rowdies post a modern-era club-record 14 shutouts in the Rowdies’ inaugural USL season.

Midfielders Michael Nanchoff and Martin Vingaard and forward Sebastian Guenzatti will all be returning for the 2018 season, while the club also exercised an option that will keep local standout Alex Morrell in Green and Gold as they look to build upon a record-breaking 2017 season. All four players played an instrumental role in helping the Rowdies break the modern-era club record for most points in a regular season (53).

The Rowdies also announced the club would continue to have discussions with goalkeeper Nico Campbell, defenders Darnell King, Kyle Porter, Tamika Mkandawire and Hunter Gorskie, midfielders Keith Savage, Leo Fernandes, Justin Chavez, Walter Restrepo and Darwin Jones, and forwards Martin Paterson and Georgi Hristov, who are all currently not under contract for the 2018 season.