Ibeagha Named Defender of the Year 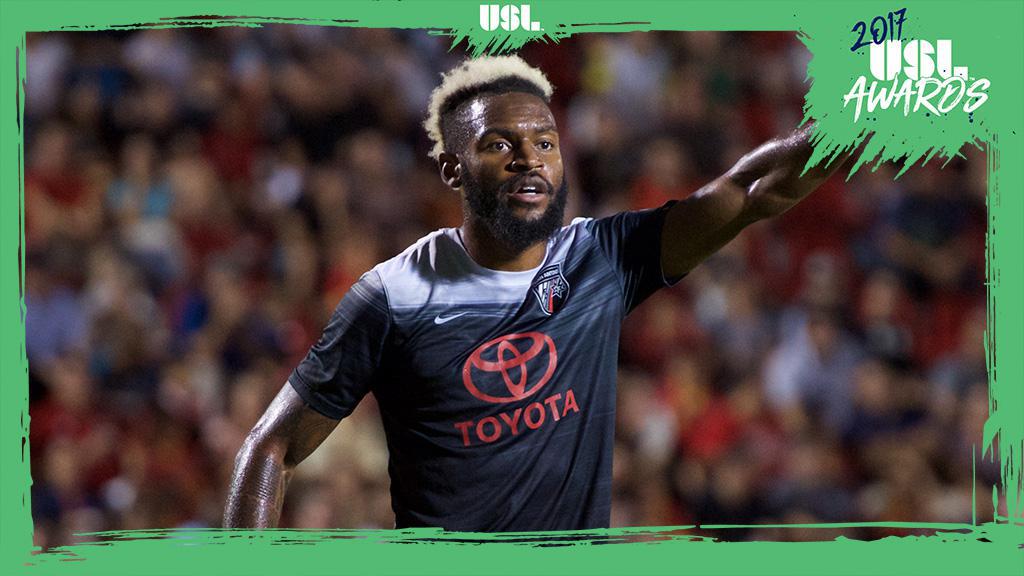 TAMPA, Fla. – The United Soccer League announced on Tuesday San Antonio FC’s Sebastien Ibeagha had been voted the 2017 USL Defender of the Year after a stalwart season at the heart of a San Antonio defense that conceded the fewest goals in the league and led the league in shutouts during the regular season.

The 2017 USL Awards were voted on by team management and a league-wide media panel that included representation from every USL market. Voting was conducted following the conclusion of the 2017 USL regular season.

"It's truly an honor to win this award, but I would be remiss if I failed to mention how big of a role the entire team played in this accomplishment," Ibeagha said. "We had a great group this season, and without them, we would not have had such a great defensive record. I want to thank the USL for giving me this award, and I'm honored to be among the other finalists who had great seasons."

Ibeagha joined San Antonio this past offseason and quickly established himself as a cornerstone in what proved to be the stingiest defense during the 2017 USL regular season. Ibeagha led the league with 190 clearances and won 113 of 184 duels and 56 of 86 aerials duels, as his ability to win one-on-one matchups highlighted his season.

Finishing second only to Greg Cochrane in SAFC’s squad with 2,700 minutes of action during the regular season, Ibeagha helped marshal a defense that conceded only 24 goals in 32 regular-season contests and posted a league-leading 15 shutouts.