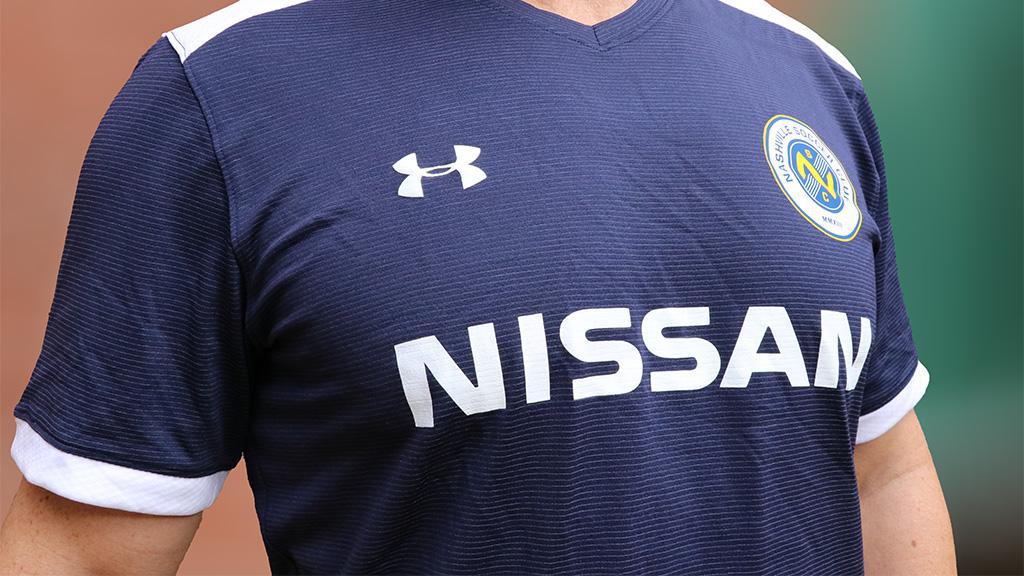 NASHVILLE, Tenn. – Nashville Soccer Club and Nissan announced on Tuesday a multiyear partnership in which Nissan will become the 2018 USL expansion club’s first primary jersey sponsor. The club also revealed the first of of its two Under Armour jerseys, featuring Nissan’s logo, which will be worn during the 2018 season.

Additionally, the club announced that fans will have their say in the design of Nashville SC’s second jersey for its inaugural season in the USL through an online campaign and poll at www.nashvillesc.com.

“We are proud to have Nissan, a pillar of the Middle Tennessee community, as our flagship jersey sponsor,” said Michael Schetzel, Vice President of Ticketing and Corporate Partnerships for Nashville SC. “Nissan and Nashville SC represent what makes Tennessee special, such as commitment to community, diversity and entrepreneurial spirit.  Nissan’s reputation as an innovative, global brand is one we aspire to build at this club.  Partnering with such a well-respected company as Nissan is another affirmation of the significance Nashville SC has in this community.”

Nissan has strong ties to Nashville with its North American headquarters in Franklin, Tenn., its vehicle and battery assembly plant in Smyrna, Tenn., and powertrain plant in Decherd, Tenn., employing more than 12,000 in the area. The global vehicle manufacturer also holds a strong global soccer portfolio, which includes partnerships with the UEFA Champions League, the English Premier League’s Manchester City, and the Mexican National Team’s U.S. Tour.

“Soccer is truly the World’s Game with a very loyal following – unifying communities and erasing borders,” said Jeremy Tucker, Vice President, Marketing Communications and Media, Nissan North America. “It’s exciting to share our support and pride with our community, our customers in Tennessee, and those around the world who are passionate fans of the game. Like Nashville SC, Nissan is a close-knit team continually striving to be the best – and we are proud to call Tennessee home.”

Nissan will make its debut in the USL next March as it takes to the field at First Tennessee Park, one of five expansion teams slated to be part of the league in 2018 alongside Fresno FC, Las Vegas Lights FC, North Carolina FC and a club owned and operated by Atlanta United of Major League Soccer.