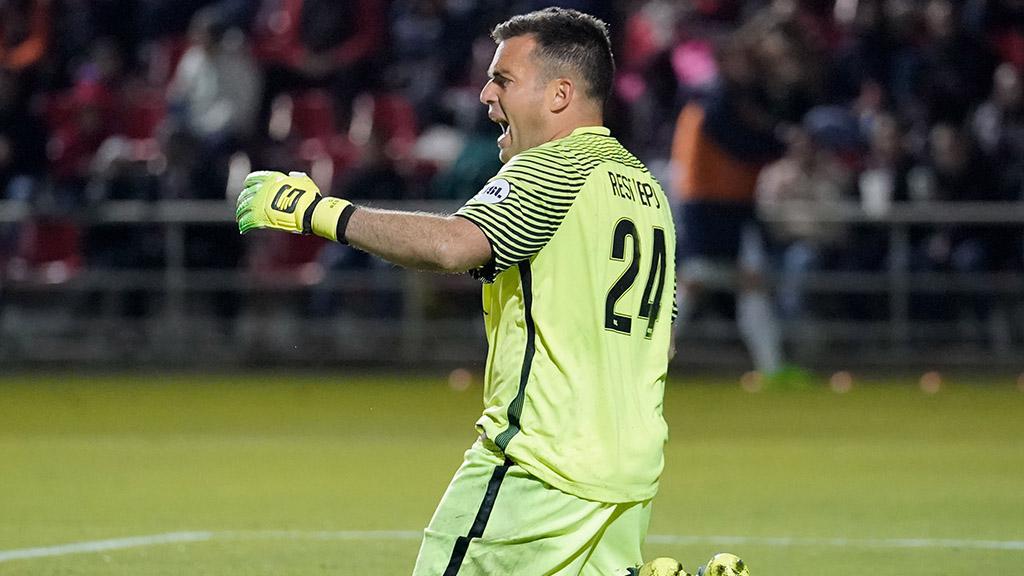 SAN ANTONIO – As close as previous encounters between San Antonio FC and OKC Energy FC had been, the respective seeding both teams held going into Saturday night’s Western Conference Semifinal at Toyota Field were never really going to matter.

In fact, when the game ended all square after extra time, sending the game to a penalty shootout, it felt as though that had always been the only likely outcome of the first USL Cup Playoffs encounter between the regional rivals.

And when OKC Energy FC goalkeeper C.J. Cochran came up with saves on two of the first three shots he faced, allowing Anthony Wallace’s goal to open the fourth round to send the No. 6-seed past the No. 2-seed SAFC, the hosts could only reflect on another chapter in the burgeoning rivalry that had failed to go their way.

“They are a very well-coached team,” said San Antonio Head Coach Darren Powell. “Every one of these games that we’ve played this year has been to a tie, so you know what a tie means. I am just really disappointed for that locker room and the efforts for those guys over the last nine or 10 months, to get knocked out in penalty kicks, I think everyone was bitterly disappointed.”

Adding to that disappointment? The fact that San Antonio had been so close to its first victory against Energy FC in seven meetings. As hard as OKC pushed to get back on level terms after Cesar Elizondo’s eighth-minute opener, the best defense in the USL regular season had held firm. Goalkeeper Diego Restrepo finished with five saves, including a stellar stop early in the second half to deny Energy FC’s leading scorer Jose Angulo, and the hosts also blocked seven of OKC’s 21 shots on the night.

But with five minutes to go, Energy FC’s pressure told as a perfectly-placed header by Wojciech Wojcik pulled the visitors level, taking some of the air out of the crowd of 7,032.

“I couldn’t be more proud of our players, their efforts,” said Powell. “From Day 1 they applied themselves every day, they fight for every ball and they fight until the last whistle every time they step out onto the field and we proved that all year.”

As extra time began, though, Powell had one last card to play. Veteran midfielder Rafa Castillo, wearing a protective facemask as he made his first appearance since Aug. 12 against Reno 1868 FC, came on in the 101st minute, and almost made the difference. A fizzing, long-range shot was parried by Cochran, only for Billy Forbes to fire the rebound high, and a clever through-ball for the Turks & Caicos winger almost opened the Energy FC defense early in the second period of extra time.

The Colombian found the mark from the penalty spot in the second round, but was the lone SAFC shooter to do so as his rousing comeback went in vain.

“We needed someone to thread a few balls through that could give us opportunities at goal, and we know he has that,” said Powell. “He has that ability to find that final pass which is very important. You saw the response he got from the fans when he went into the game. We’ve been missing him for several weeks now and we were glad to have him back on the field and just wish we could have another week with him.” 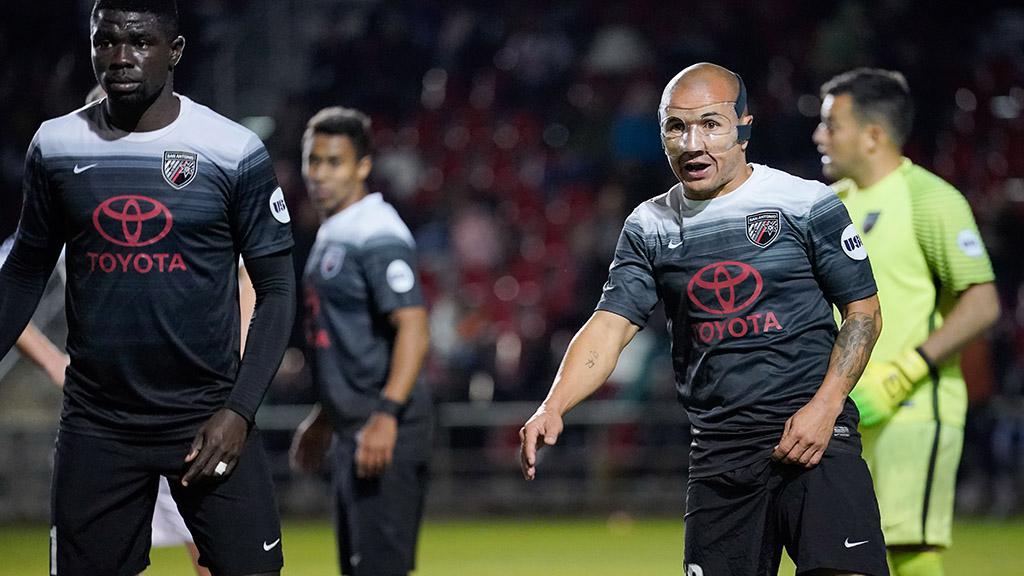 But there is no next week now for SAFC, only next season. If there’s a silver lining to Saturday’s end, it will come on the coming days when the achievements of the side can be fully reflected upon.

“From last year to this year, obviously it’s a good, good step forward,” said midfielder Ryan Roushandel. “The fans have been fantastic, they’re the ones that pushed us all the way through this season. It sucks that we kind of left it out there for them this game, but you look at what we’ve done, how we’ve progressed, now for two years. Obviously, we’re going in the right direction, we’re on the up and up. The fans are getting more and more behind us and the city is too. There is more to come from this club, for sure, so take that with us.”

On Saturday night, though, those thoughts didn’t make the defeat any easier to bear.

“I’m bitterly disappointed for all of those players in that locker room,” said Powell. “This team has had a tremendous season, worked extremely hard day in and day out, tonight just wasn’t meant to be. It goes down to penalty kicks and it becomes a lottery, and we didn’t win that lottery tonight.”