Rowdies Left with ‘Disappointment’ After Elimination 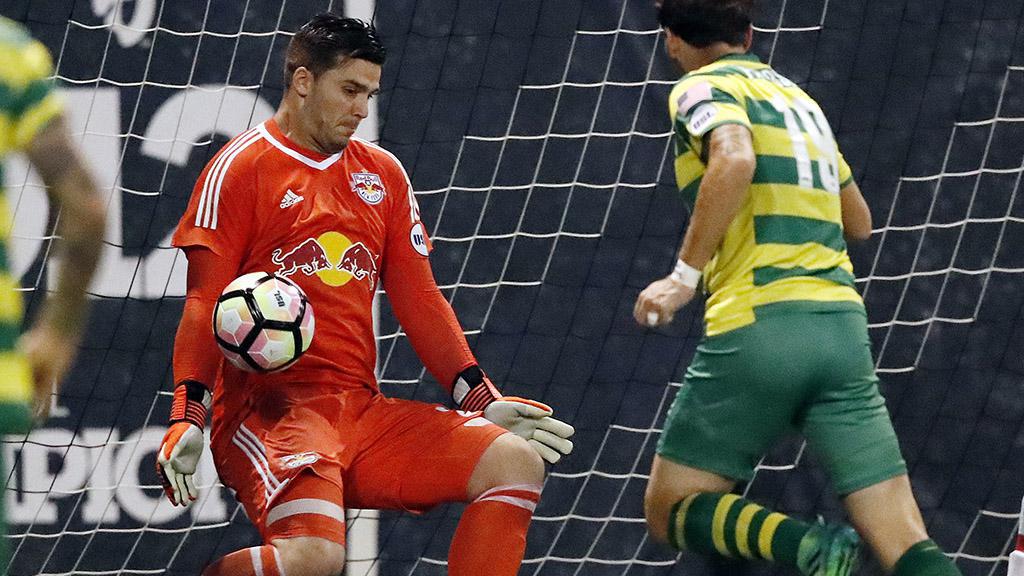 ST. PETERSBURG, Fla. – The sound echoed throughout the stadium, the dull thud of the ball crashing off the outside of the post after a fierce strike from the right side of the penalty area by Tampa Bay Rowdies defender Hunter Gorskie in the third minute of stoppage time.

Not quite a bell tolling, it was nonetheless the sound that signified the end of Tampa Bay’s first season in the USL.

Unquestionably, the Rowdies had done enough to at least earn a penalty shootout after a barrage of scoring chances in extra time. And yet, thanks to New York Red Bulls II goalkeeper Evan Louro and his goal’s woodwork, their season had come to an end after a 2-1 defeat after 120 minutes of compelling action in the Eastern Conference Semifinals of the 2017 USL Cup Playoffs in front of 5,119 fans at Al Lang Stadium.

Louro recorded six saves for the Red Bulls II on the night, and almost all of them proved crucial. Twice with the game tied late in regulation he made standout stops to deny the Rowdies’ Michael Nanchoff and Sebastian Guenzatti, keeping New York alive after the visitors had looked the more likely to grab a winner after Stefano Bonomo’s equalizer from the penalty spot just before the hour-mark. Then, in the final minute of extra time, Louro denied Tampa Bay’s Martin Paterson from point-blank range after a perfect low cross by Marcel Schäfer from the left reached the top of the six-yard area.

“We look back on the amount of chances that we created, and we missed chances not through poor finishing,” said Rowdies Head Coach Stuart Campbell. “You’ve got to give their goalkeeper credit. I think he had an unbelievable night. He had three or four world-class saves tonight.”

The Rowdies’ mood had been far brighter in the first half after the hosts took the lead in the 26th minute after a long shot by Zac Portillos following a corner kick deflected to Georgi Hristov, whose calm finish gave Louro little chance of emulating his later heroics. Three minutes later Cole had the chance to double the lead after a great through-ball by Schäfer, only for Louro to meet his run and save with his right shoulder.

New York had its own dangerous moments too, though, as its pressure in the Rowdies’ half resulted in turnovers that the visitors came close to capitalizing on before the halftime break. The Red Bulls II’s equalizer came off just such an instance, as Gorskie lost possession to Junior Flemmings, who was then brought down by Tampa Bay goalkeeper Matt Pickens’ leg to earn his side a penalty kick that Bonomo tucked away.

Bonomo added what proved to be the game-winner three minutes into extra time with a clinical finish from Florian Valot’s cross from the right. It was almost a mirror image of the opportunity Louro turned away from Paterson later in the extra 30 minutes to preserve a second consecutive road playoff victory for the defending champion, and symbolic of how narrow the margins in the postseason can be. 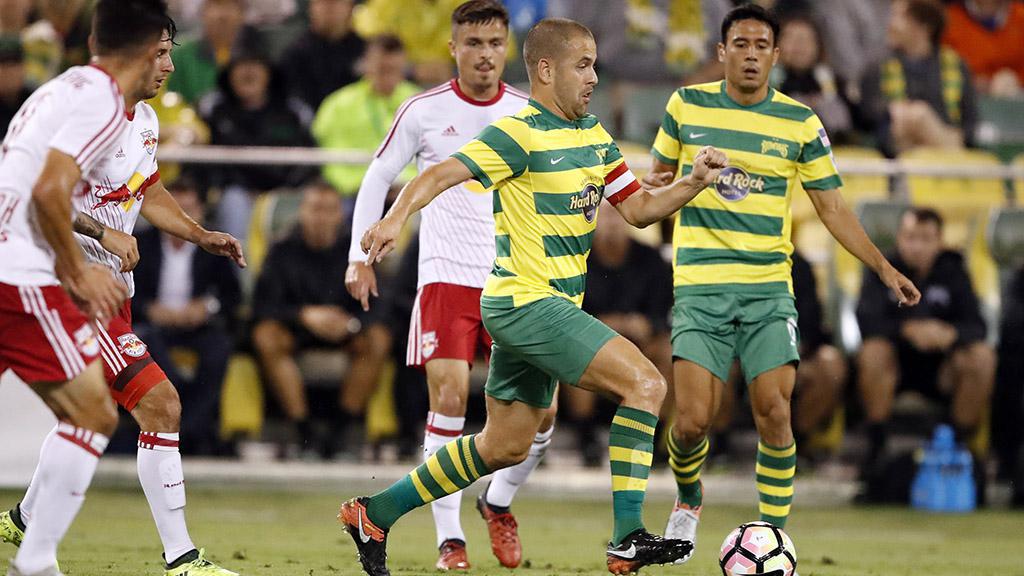 As a result, it will be the Red Bulls II that will square off with No. 1-seed Louisville City FC next Saturday night in the Eastern Conference Final, a contest the Rowdies felt they could easily have been part of instead.

“The guys that played tonight deserved the opportunity to go out there again,” said Campbell. “We’re all obviously disappointed with the result, but I can’t fault the players’ performance and their effort tonight.”