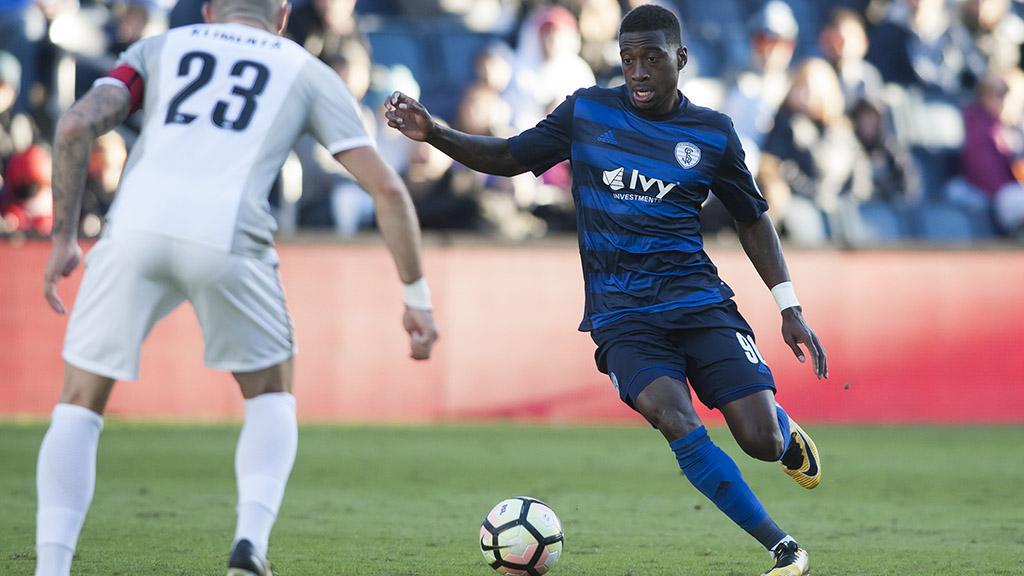 KANSAS CITY, Kan. – The Swope Park Rangers knew the space they were looking to find, in behind the Republic FC defense where the speed of players like Tyler Pasher and Kharlton Belmar might be able to cause problems for Sacramento Republic FC’s defense and produce chances.

Less than a minute into the second half of Saturday evening’s Western Conference Semifinal at Children’s Park, the avenue the hosts had been searching for opened up wide, allowing Belmar to notch the only goal of a 1-0 victory that sent the No. 4-seed back to the Western Conference Final.

“It’s a training ground goal: work the ball outside and try to find one of us in behind,” said Belmar. “[Tyler] Pasher was able to get on the end of a ball from James Musa and I just followed up the play and fortunately I was in the right place at the right time and the ball came to me.”

Belmar had almost capitalized on a similar opportunity in the first half, getting in behind the Republic FC defense in the ninth minute to latch onto a through-ball by Lebo Moloto only to have Sacramento goalkeeper Evan Newton make a good low save.

When James Musa’s chipped ball found Pasher cutting into the penalty from the left early in the second half, however, Newton’s save only took the ball into Belmar’s path for a simple headed finish. The 2015 USL Rookie of the Year has had a knack for finding himself in the right place at the right time, with Saturday’s goal his 15th of what has been a stellar season since his offseason move from Portland.

“We set out to grab a goal and fortunately the goal came a lot sooner than we might have suspected,” said Belmar. “But after that, we are in the playoffs, we are playing to win, so we locked it down and kept the ball out of the net.”

“It was big time,” added Swope Park captain Christian Duke on the timing of the goal. “I felt we were under pressure a little bit toward the end of the first half and we came out strong, came out flying and we did what we had to do to finish the game off.”

Things could have been a lot different for the defending Western Conference champion had Sacramento taken advantage of a big first-half opportunity that saw an errant back-pass toward goalkeeper Adrian Zendejas give Republic FC forward Sammy Ochoa a clear run at goal. A poor first touch from the striker seemed to sum up the day for Sacramento, though, as the chance ended up being cleared away for a corner by SPR defender Dakota Barnathan as he made up for his initial error.

Republic FC found chances in the second half as it moved into a 3-4-3 formation that allowed fullbacks Elliot Hord and James Kiffe more chances to advance into attacking positions, but the best chance only produced a take header from just outside the six-yard area by Villyan Bijev that Zendejas comfortably saved.

“I am very proud of how they played,” said SPR Head Coach Nikola Popovic, who got to celebrate his birthday with a playoff victory. “Playoff games are a little different than regular season games. During the first half we had a bit more possession and in the second half there were times where we lost possession. But I think, whenever we have the ball, we have a lot of quality and we created some good chances to score more goals. It didn’t happen, but it was a fantastic performance by the team.” 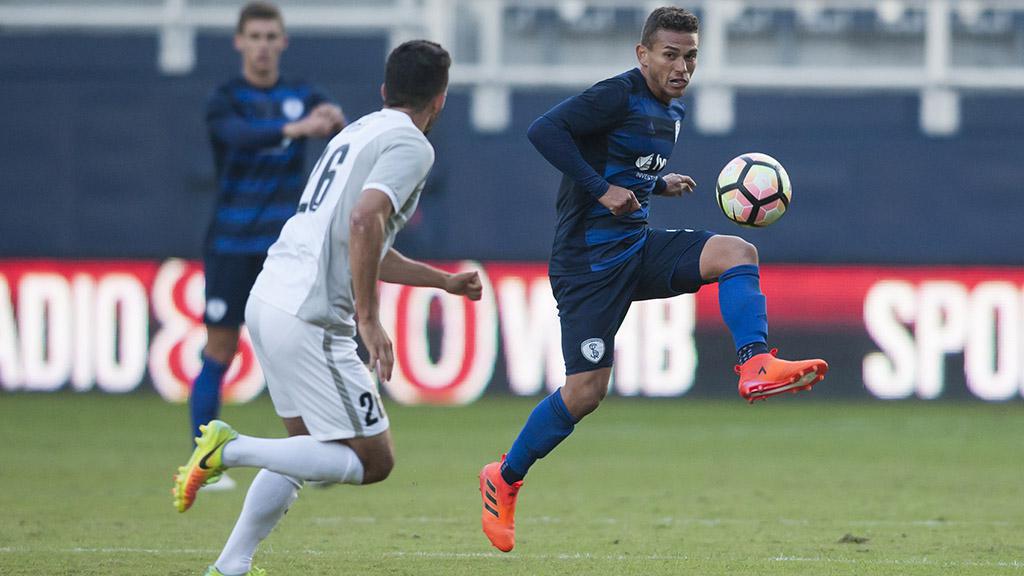 The victory continued the Rangers’ outstanding home record in the USL Cup Playoffs, with the side now undefeated in five postseason contests on home turf. After No. 6-seed OKC Energy FC’s victory later Saturday night against No. 2-seed San Antonio FC, Swope Park will get the chance to add a second Western Conference Championship to its trophy cabinet next Saturday night at Children’s Mercy Park.

With six players from last season’s victorious side seeing action in Saturday’s victory, and newcomers like Belmar adding to the side’s quality, the Rangers are looking forward to the chance at a second consecutive trip to the USL Cup.

“It feels amazing,” said Belmar. “A lot of these guys were here last year and did it last year so for us it’s a wonderful feeling. We put in a lot of work day in and day out. It isn’t just the guys in the starting 11 either. It’s the guys who don’t even dress too. Our training sessions are top notch and that’s a credit to everybody who is playing.”

“It’s a goal of ours to defend our cup,” added Zendejas. “This is ours and this is what we fight for.”