What could make the difference when SAFC and Energy FC meet on Saturday? 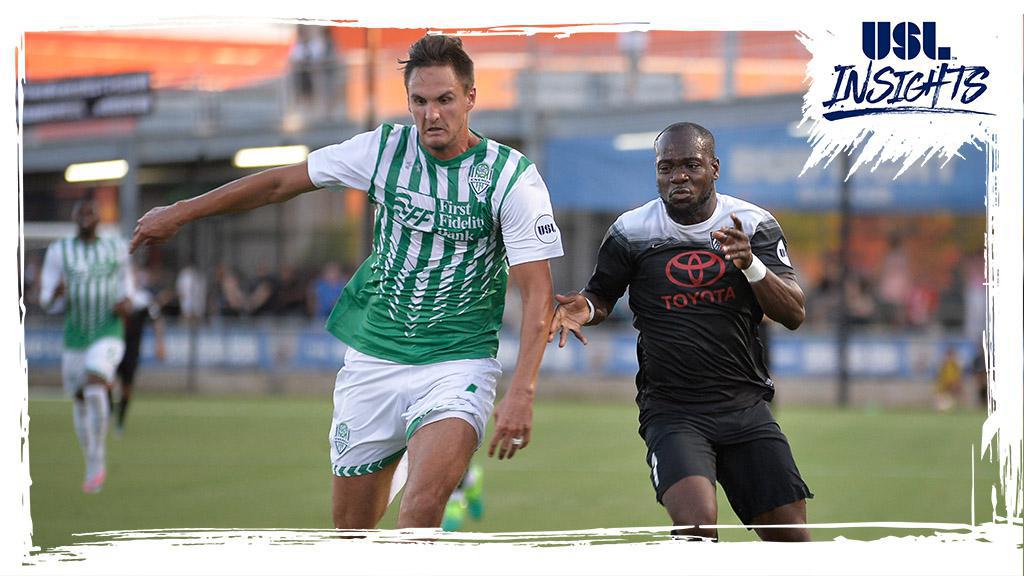 There are some hard-fought rivalries in the USL, but the matchups between San Antonio FC and OKC Energy FC over the past two seasons have left little to choose between the two clubs as they enter this weekend’s Western Conference Semifinals of the 2017 USL Cup Playoffs. With five draws in six meetings, including all three matches in the regular season in 2017, another right contest is expected at Toyota Field.

With all of that said, these are two different-looking sides than the ones that last squared off on August 19. As No. 2-seed SAFC and No. 6-seed Energy FC prepare for their seventh meetings, here are three things to watch for on Saturday night.

There are few players in the USL who take on opposing defenders in the manner that San Antonio FC winger Billy Forbes can, with his speed making him a handful for whoever matches up with him. Over the past two meetings between SAFC and OKC, that duty has predominantly fallen to Energy FC defender Sam Fink, with OKC’s move to a three-center back system allowing the versatile Fink to be employed in a one-on-one, while Coady Andrews and Mickey Daly worked together more centrally.

When the teams met most recently on Aug. 19, it seemed to pay off for OKC as they earned a 0-0 draw against San Antonio at Taft Stadium. Despite Forbes usually getting plenty of space to try and operate, as seen by his average position relative to the rest of the SAFC midfield, Fink contained the winger to only two shots off target and one unsuccessful cross, while Forbes also got caught offside on three occasions. 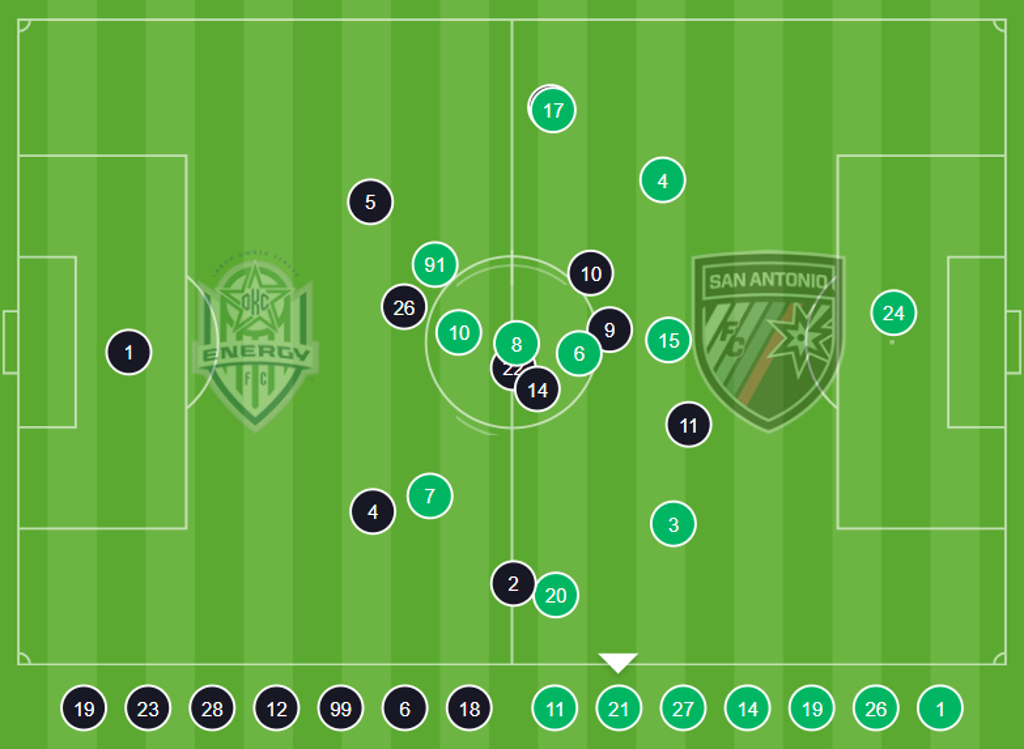 As well as Energy FC did in that meeting, Forbes’ return to form over SAFC’s past few games should have OKC’s defense on high alert going into Saturday and potentially be careful not to overcommit on set piece opportunities. San Antonio’s ability to hit on the counterattack provided one of the highlight moments of the regular season series between the clubs when they met at Toyota Field on July 14.

At 6-foot-4, OKC Energy FC forward Wojciech Wojcik offers his side a pivot to build its attack around. And while the striker showed off his ability to strike from distance in Energy FC’s victory against Reno 1868 FC in the Western Conference Quarterfinals, how Wojcik fares against the likely SAFC center back duo of Sebastien Ibeagha and Stephen McCarthy could dictate how effective Energy FC’s attack could be at Toyota Field.

Due to his injury against Phoenix Rising FC in midseason, Wojcik only saw 11 minutes of action against San Antonio this season, which could add another wrinkle into this matchup. Wojcik’s aerial numbers are good, however, having gone 62 of 102 in aerial duels this year, while also notching five headed shots on target in his 17 regular-season appearances.

Getting the ball to Wojcik is going to be a tricky proposition with Ibeagha and McCarthy the opposition, though. McCarthy’s aerial numbers this season were exceptional, winning 47 of 58 duels, while Ibeagha’s were also solid at 56 of 86. Facing Tulsa Roughnecks FC this past weekend, San Antonio allowed only two successful crosses out of 14. If Wojcik can win his fair share in the air and hold up play, it could open things up for OKC’s leading scorers, Jose Angulo and Miguel Gonzalez. If not, Energy FC will have to find another avenue to try and break down SAFC’s stout defense.

One player Energy FC won’t have seen before is San Antonio FC forward Ever Guzman, whose late season scoring surged has helped drive SAFC firstly into second place in the Western Conference, and then this past weekend to the club’s first playoff victory. Guzman hasn’t needed to be involved completely, with his knack of finding space to finish in the penalty area giving the team’s midfield a consistent target that will put chances away.

Guzman’s late equalizer against the Tampa Bay Rowdies is a decent example of this. Guzman is waiting in the right channel when the attack begins, anticipating the play moving left toward Billy Forbes. He almost retreats too far when Omar Gordon’s initial shot is blocked, but immediately gets back in position when he sees the ball pushed wide to Forbes. The winger’s dangerous cross goes past three SAFC players looking to get a final touch, but Guzman is the one to provide it at the back post.

Energy FC has a good, experienced trio of center backs that will aim for a third shutout against San Antonio FC on Saturday. Guzman’s movement off the ball and ability to find space at the right time could cause them problems.