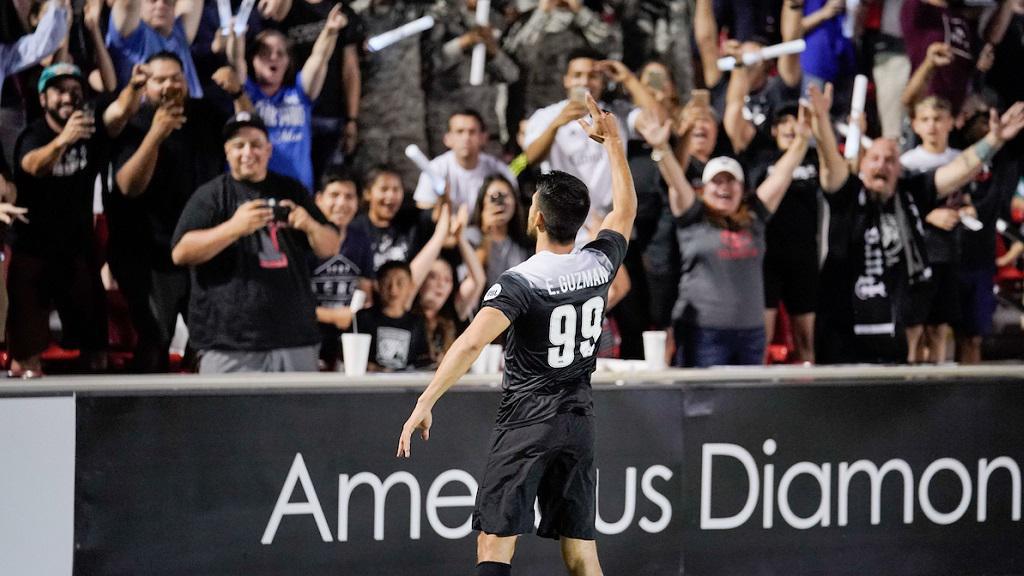 SAN ANTONIO – The atmosphere at San Antonio FC home matches has been stellar throughout the first two years of the club’s existence, and in the Western Conference Quarterfinals  of the 2017 USL Cup playoffs against Tulsa Roughnecks FC on Saturday night, that may well have been the difference for the home side.

No. 2-seed SAFC's 2-1 comeback victory against the No. 7-seed Roughnecks earned the club its first postseason victory in dramatic fashion as Ever Guzman's stoppage time penalty kick sent the crowd of 7,019 into raucous celebration, leaving the players buzzing after the final whistle signalled their passage to the next round.

“Tonight was one of the best nights in this stadium since I’ve been here,” said SAFC Head Coach Darren Powell. “When you get a result like that, you can take in the noise and the joy it brings to a lot of people, and for us as a coaching staff, to see the joy on people’s faces when we’ve won and advanced this week [gives us] extra pride, and that’s why we do the job.”

It was only the second time in club history that the club had earned a comeback victory, and the first time in front of its home fans. For defender Stephen McCarthy, the atmosphere at Toyota Field was a big reason for the win.

“[Our fans are] amazing, I loved it. Everyone was super loud and it really helped us tonight,” said McCarthy.

That atmosphere has been building over the past two years, with SAFC growing a strong presence in the city. That has led to larger crowds this season, with an average of almost 1,000 more fans coming through the gate in 2017. San Antonio's average attendance of 7,153 average sat well ahead of the 6,170 average from its inaugural season in 2016, and made SAFC one of the best-attended clubs in the USL.

For forward Cesar Elizondo, the growth of the club's support has helped spur the team on throughout the 2017 season, and he expects it to be even bigger in the Western Conference Semifinals against No. 6-seed OKC Energy FC on Saturday.

“I think we have the best atmosphere in the USL and I’m so proud of the fans," said Elizondo. "I’ve been here for several years and every year and each game it gets better, and today wasn’t an exception and I know that the semifinals are going to be huge here [at Toyota Field].”