Monarchs Left with Heartbreak after Defeat 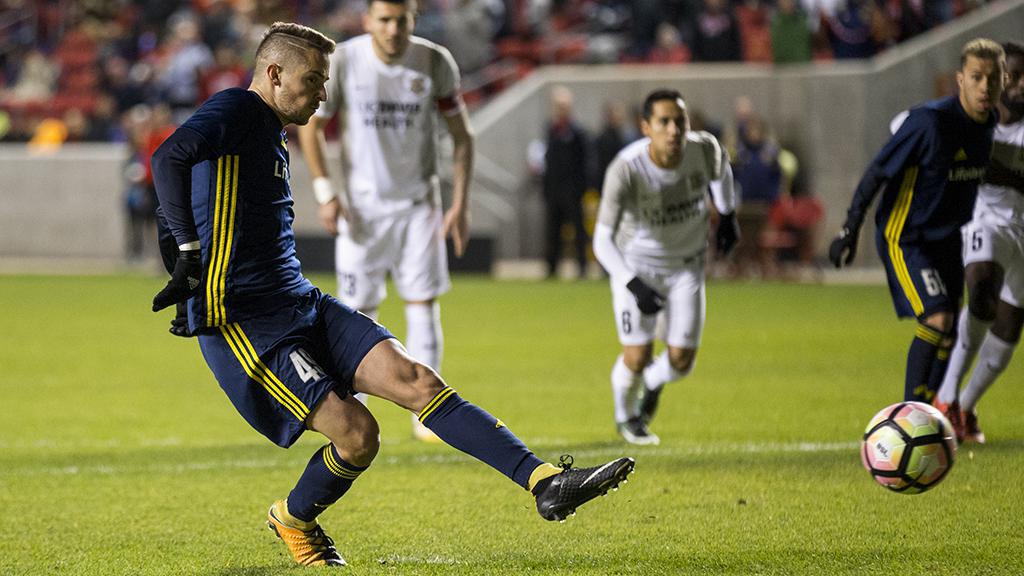 SANDY, Utah – Chandler Hoffman had already put together a career season for Real Monarchs SLC with 16 goals in the regular season, so when the chips were down in both regulation and the penalty shootout that decided Friday night’s Western Conference Quarterfinal against Sacramento Republic FC it was no surprise that the standout forward was at the center of both.

But after scoring from the penalty spot with four minutes to go to level the score late in regulation, Hoffman’s second penalty kick of the night was the one that brought an end to the Monarchs’ season as Republic FC pulled off the third victory by a No. 8-seed against a No. 1-seed in USL Cup Playoffs history.

The Monarchs had sported the best home record of any side in the 2017 USL regular season, a key component to claiming the USL Regular Season champion two weeks ago. On Friday night, the magic the side had found at Rio Tinto Stadium throughout the season was sorely missing, even though the side had chances to advance into the Western Conference Semifinals.

“Devastated,” said Monarchs Head Coach Mark Briggs. “Football is a cruel game at times and it was cruel then. But that is the game we love. There has to be a winner and there has to be a loser. Unfortunately, tonight it wasn’t us and I wish Sacramento the best of luck in the rest of the playoffs.”

Instead, it was Republic FC’s performance that belied its seeding, as the experience from former playoff visits saw the visitors look the more incisive side in the opening half. Real goalkeeper Connor Sparrow was forced into a pair of good saves late in the first half, but could do little four minutes after the break as the visitors took the lead through Luis Espino.

Sacramento’s experience featured most in the center of defense, where both Chris Christian and Montenegro international Emrah Klimenta did well to limit clear looks on goal for both Juan Mare and Hoffman. But a tactical switch midway through the second half that saw Briggs introduce Karsten Hanlin and Daniel Haber, allowing Sebastian Velasquez to adopt a more attacking position paid off handsomely. After sustained pressure over the final 20 minutes, the Monarchs earned their break when Max Lachowecki was brought down in the penalty area, allowing Hoffman to convert his first spot kick of the night to send the game to extra time. 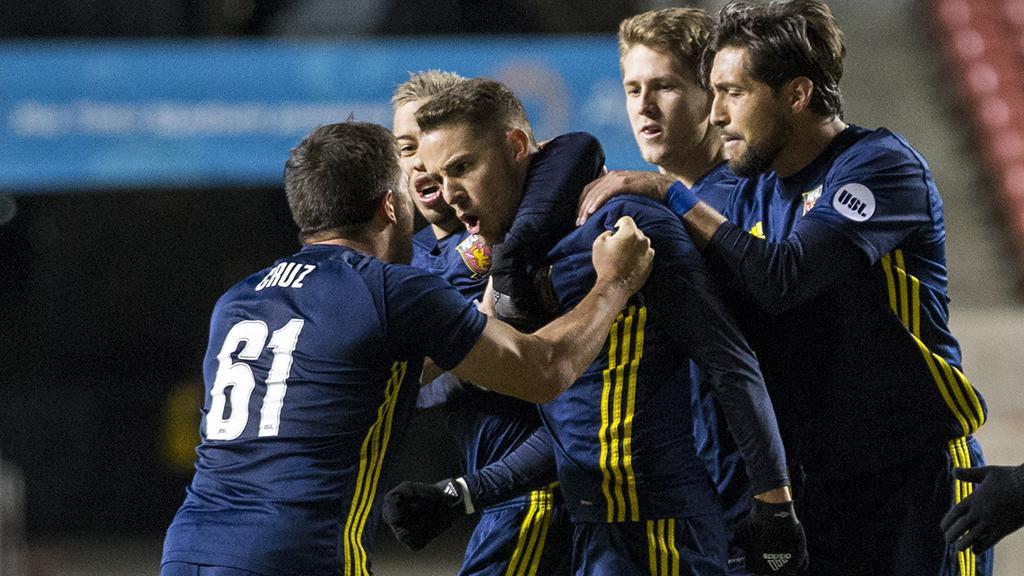 As strong as Sparrow had been facing penalty kicks in the regular season, saving four of five he had faced, the big goalkeeper couldn’t come up with a response as his teammates struggled from the spot. After a five-save performance in regulation and overtime, including a remarkable save to deny Republic FC’s Hayden Partain in the opening minute of extra time, Sparrow certainly could have deserved better after a stellar year overall.

“As a goalkeeper you have to rely on him to sometimes pull out big saves,” said Briggs. “He has pulled out those big saves for us, not only tonight but throughout the course of the last 32 games prior to tonight. Connor has been a different class, and it is credit to him that we expect him to make those saves. I think that is the reason why he has got a MLS contract, the reason that RSL fans, in the future, will be seeing a lot of him.”

After the consistent highs that came in the regular season, though, elimination from the playoffs on their opening night was tough to bear for the Monarchs.

“It’s pretty devastating,” said Hoffman. “We’ve had such a tremendous season and then tonight it’s all over, it ends. And we felt we had the team to win the championship this year so the hard part is it’s done now. I mean the season’s over. It’s one of those things that you can look and learn [from] but at the end of the day this group will probably not be together again. This was our chance to win the championship and it’s one we’ll have to look back with regret.”