Morad strikes twice to thrill crowd of 6,378 in Conference Quarterfinals 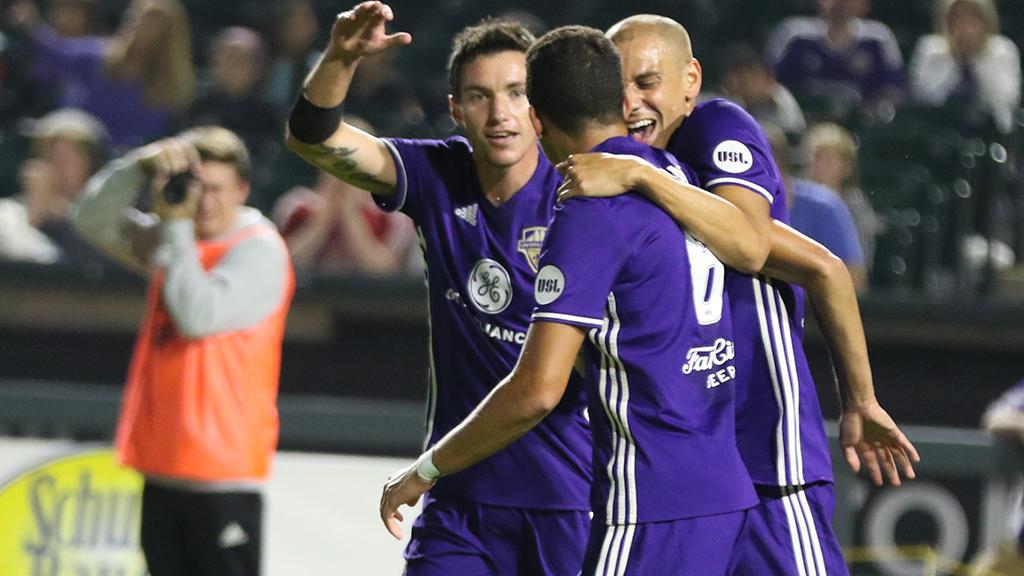 LOUISVILLE, Ky. – Tarek Morad scored the opening two goals of the 2017 USL Cup Playoffs as No. 1-seed Louisville City FC earned a 4-0 victory against No. 8-seed Bethlehem Steel FC before a crowd of 6,378 in the Eastern Conference Quarterfinals at Slugger Field. Louisville came close to striking first in just the sixth minute as Oscar Jimenez clipped the top of the crossbar from 20 yards out. The hosts also went close five minutes later as George Davis IV saw a near-post shot from the right side of the penalty well saved by Steel FC goalkeeper Jake McGuire, but the early pressure told in the 14th minute as Morad arrived late in the penalty area to receive a knock-down by Paco Craig and finish from close range. Mark-Anthony Kaye almost doubled Louisville’s lead in the 27th minute, only for McGuire to tip his shot from the edge of the penalty area wide, but Morad struck again four minutes later as a half-clearance was floated back toward goal by Sean Totsch came back off the crossbar and landed at Morad’s feet for another simple finish. Louisville almost added to its lead late in the first half as both Davis and Kyle Smith went close, and Luke Spencer forced a low save early in the second half for the hosts. Bethlehem almost got back into the game in the 59th minute as a cross was poorly cleared and fell to James Chambers, but the midfielder’s half-volley went just wide of the left post. A header from a corner kick by Hugh Roberts almost set up a chance in the penalty area seven minutes later, only for City’s defense to clear, and with 20 minutes to go Louisville sealed the victory as Jimenez slid in Spencer at the top of the penalty area, and Spencer lifted his finish over the advancing Maguire for a three-goal advantage. Spencer played provider nine minutes later, producing a deft chip to find Brian Ownby for a fourth on a solid header as Louisville wrapped up its biggest postseason victory in club history.

Tarek Morad, Louisville City FC – Morad’s two-goal night rewarded Louisville for an excellent opening half-hour as Louisville put its stamp on the game to advance to the Eastern Conference Semifinals.