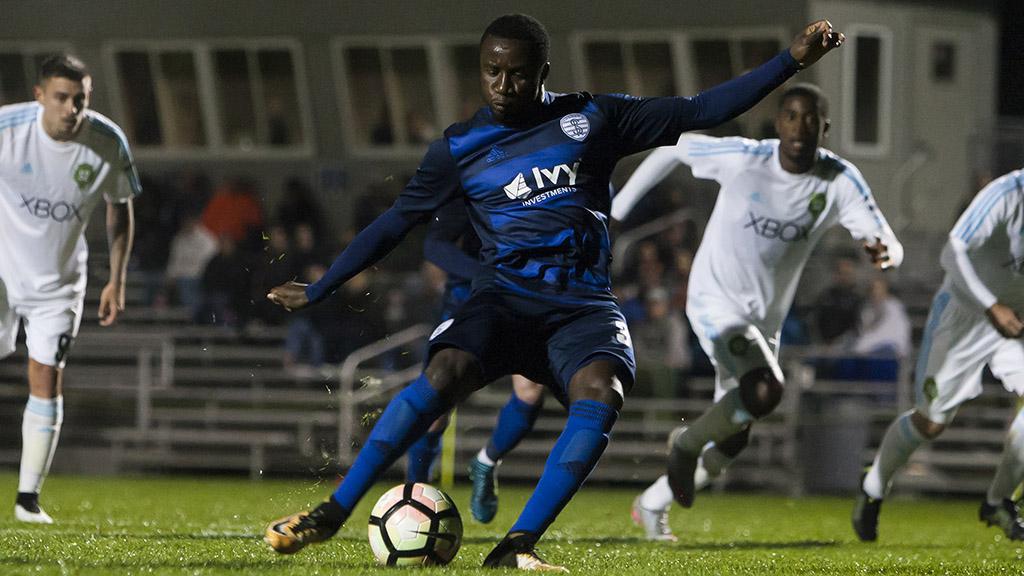 KANSAS CITY, Mo. – Trailing by a goal, and without two key attacking players, a top-four finish was slipping away from the Swope Park Rangers as they gathered themselves at the halftime break on Wednesday night.

Two substitutions and a tactical adjustment later and the Rangers engineered a rapid turnaround to start the second half to claim a 2-1 victory against Seattle Sounders FC 2 to close out their regular-season slate. The win almost ensured the side would claim the No. 4-seed in the Western Conference for the postseason, and at least one more game at Children’s Mercy Victory Field this season.

“It’s a good way to finish the season,” said Rangers forward Lebo Moloto, whose goal three minutes into the second half began the comeback. “You can always score more goals, but I’m happy with having seven goals. We needed that win, so I’m happy to contribute and score the first goal.”

Moloto had twice been denied by the woodwork in the first half, but with both Kevin Oliveira and Kharlton Belmar – who made his debut for Sporting Kansas City on Wednesday night – absent from the side for a second consecutive outing Swope Park finished with only four shots, and one on goal, in the opening half as the side had difficulty establishing its normal passing rhythm.

“I think everybody understands it’s the international week and the impact that has on our team and players,” said Head Coach Nikola Popovic. “We couldn’t keep the ball the way we wanted, but still we had some chances, we hit the post multiple times.”

That allowed S2 to take the lead through playmaker Zach Mathers’ 11th goal of the season. Awarded a free kick more than 30 yards from goal, Mathers fired a low shot around only a two-man wall that picked out the bottom-left corner of the net. The 23-year-old’s ramped up performance this season after notching three goals as a rookie provided a silver lining to a second consecutive season that saw S2 miss the playoffs.

“Zach has really come into his own,” said S2 Head Coach Ezra Hendrickson. “He’s still developing, but we like what we’ve seen from him so far and I think he has a bright future. This was a very productive year for him and I think he stepped up and took on the role of the guy that is going to produce our goals and assists.”

Thanks to Moloto’s early second-half tally, and Nansel Selbol’s calmly converted penalty kick after Felipe Hernandez was brought down in the penalty area, the Rangers earned the victory they needed to take control of fourth place in the Western Conference. The side will now wait on Saturday’s result between Phoenix Rising FC and the Portland Timbers 2, where Rising FC would need to win by nine goals to overtake the Rangers on goal differential and claim fourth. 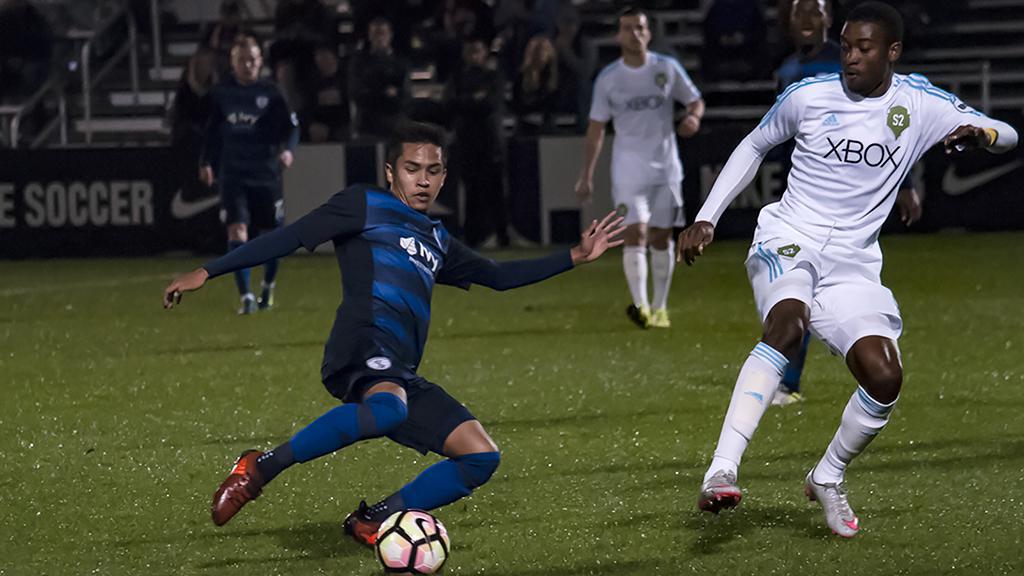 Regardless of where the matchup takes place, though, Swope Park and Phoenix appear to be on a collision course in the Western Conference Quarterfinals. After two highly entertaining games this year, including a meeting at Children’s Mercy Victory Field that saw Phoenix’s Didier Drogba score an 89th-minute penalty kick to earn a 2-2 draw, the game should be one to look forward to.

After the club’s run to a Western Conference championship a season ago, though, the Rangers are eager for the postseason to arrive.