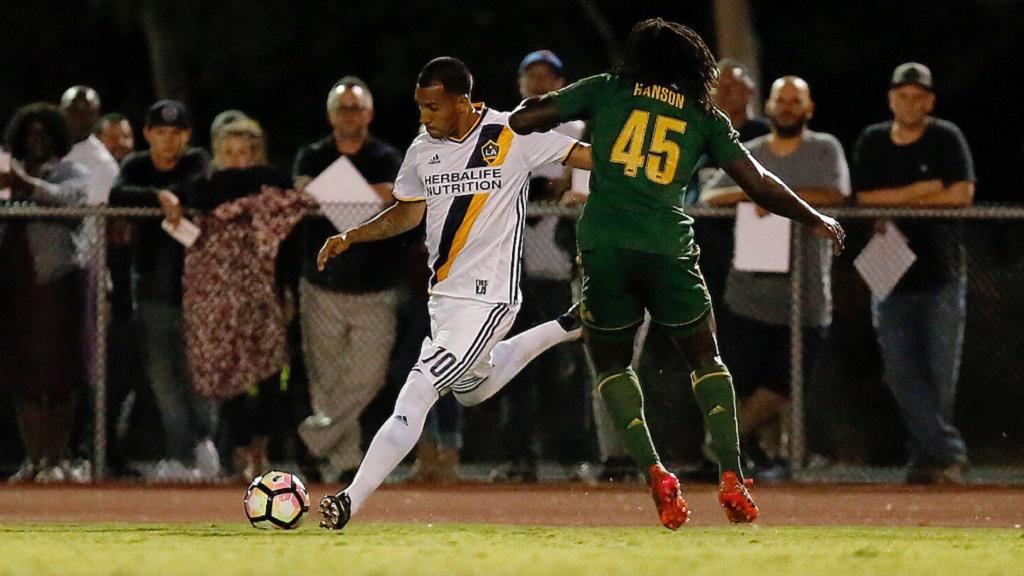 CARSON, Calif. – A dramatic finish at the StubHub Center Track and Field Stadium on Saturday night saw the LA Galaxy II score in stoppage time to seal a 3-2 win against the Portland Timbers 2. Some poor defense gave T2 the opening goal after the Galaxy II failed to clear the ball fell to Giovanni Calixtro, allowing him to easily poke it home. Calixtro set up a chance in the 34th minute as he played through Omar Mohamed, whose first effort was denied by a strong Justin Vom Steeg save before the follow up was cleared off the line. Los Dos pulled level in the 52nd minute as Ariel Lassiter continued his impressive form, making a strong run at goal before shooting home powerfully as the effort took a deflection on the way in. Portland saw its hopes take a big hit in the 59th minute when Lamar Batista was shown a straight red card for violent conduct. The extra man finally told in the 73rd minute as young debutant Efrain Alvarez sent in a free kick which found Jack McBean, who just got it over the goal line before Kendall McIntosh could stop the ball to give the Galaxy II the lead. Despite being down a man, T2 got an equalizer through Max Ornstil in the 88th minute as he converted a simple chance after a strong run from Harold Hanson. But in stoppage time the Galaxy II took back the lead as Jeffrey Payeras got on the end of a ball into the penalty area, chested it down, and sent it across the face of goal and into the back of the net.