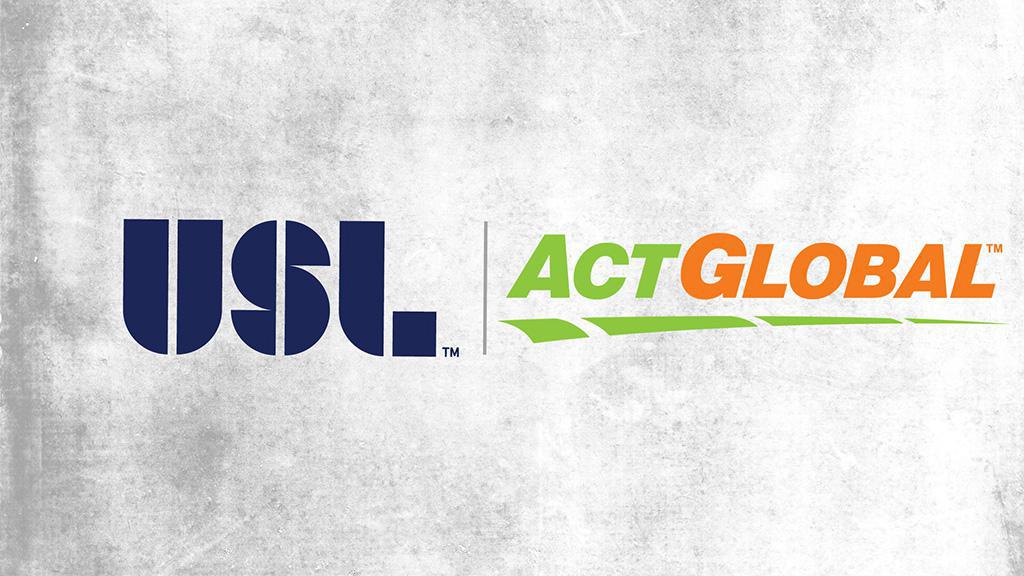 TAMPA, Fla. – The United Soccer Leagues, LLC, today announced it has named Act Global as the Official Synthetic Turf Supplier. Financial terms of the three-year agreement were not disclosed. Act Global will be an official supplier for all related properties, including the United Soccer League – one of the most prominent Division II professional leagues in the world – USL’s Division III, the Premier Development League (PDL) and the Super Y League. In addition, Act Global will have a presence at the USL’s annual Winter Summit in December.

“We are proud to partner with such an experienced and respected company like Act Global,” said USL President Jake Edwards. “USL clubs are committed to meeting and exceeding all league and federation standards for their stadiums and training complexes. Act Global meets the demands required at all levels by producing and installing the highest quality synthetic surfaces. As a FIFA Preferred Producer, we know Act Global is providing our clubs with the highest standards in terms of quality, performance, and safety.”

“Act Global is excited and honored to be selected by United Soccer Leagues as its Official Synthetic Turf,” said Act Global Co-Owner John Baize. “We are highly impressed with the USL organization and its focus on the players’ well-being while supporting all of its affiliated clubs through negotiated supplier programs such as this. We share the USL’s passion for player safety and performance at all levels of play and are committed to offering this quality to hundreds of teams throughout the USL, DIII, Premier Development League and the Super Y League. United Soccer Leagues is experiencing fantastic growth, and we are excited to be part of its future!”

Over the next five years, the USL will oversee the expansion of an estimated 30–40 new professional clubs at the second and third divisions of professional soccer, creating numerous opportunities for potential suppliers and vendors to support this growth.

Through its Preferred Supplier Program, the USL will connect suppliers with both new expansion clubs and existing USL clubs looking to deliver the best possible experience for fans. Preferred suppliers must meet the USL’s strict quality standards. These are “Best in Class” companies that provide services and products to professional sports organizations and stadium developers. The USL is currently in discussions with suppliers that support stadium development, as well as the buildout of team front offices and operations.