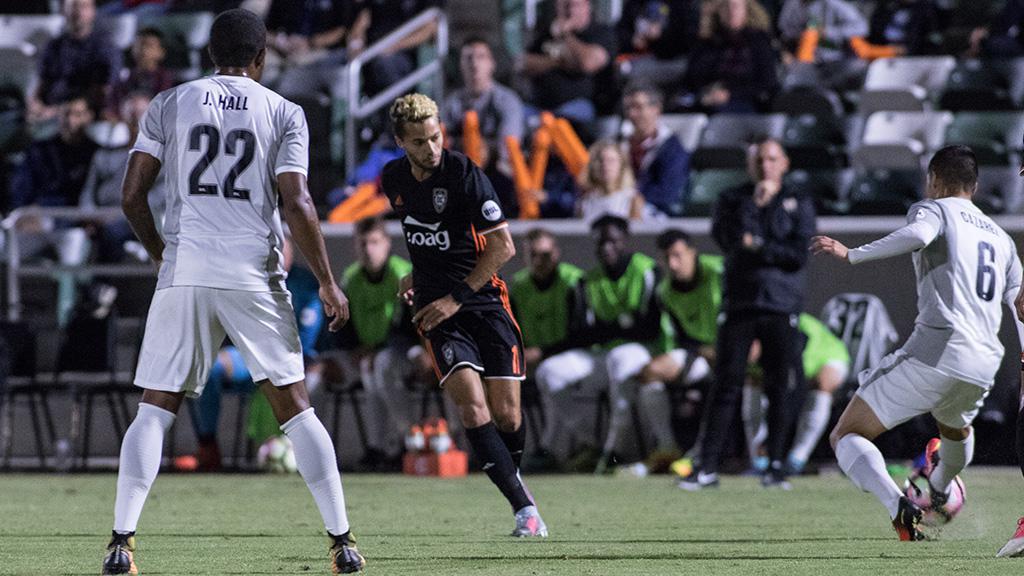 IRVINE, Calif. – Orange County SC kept its season alive following a 3-1 win over Sacramento Republic FC at Champions Soccer Field at OC Great Park on Wednesday night. Orange County SC opened the scoring in the 26th minute after some nice work from Zach Kobayashi saw him hit a powerful shot, bouncing down off the underside of the crossbar, allowing Rodrigo Pacheco to run in and score the tap in on the rebound. Just three minutes later Republic FC could have equalized as Villyan Bijev made a great run, beating three defenders and shooting, and like Kobayashi his shot bounced off the bar and down, but this time no players were following up, allowing Orange County to clear. In the 43rd minute a well worked free-kick drew Sacramento on level terms as low pass from James Kiffe fooled the Orange County defense, allowing Bijev to lay off a perfect ball for Sammy Ochoa to run on to and bury the shot across the face of goal and into the left corner. After Sacramento controlled much of the second half, Orange County restored its lead as Dusan Stevanovic saw his effort deflected right back into his path, allowing him time and space to fire a half-volley into the left corner of the net for what proved to be the game-winner. In stoppage time OCSC sealed the match when Jerry van Ewijk got on the end of Irvin Parra’s pass and sent his finish past Republic FC goalkeeper Evan Newton and into the back of the net for the 3-1 win.

USLSoccer.com Man of the Match:
Rodrigo Pacheco, Orange County SC – While he may have been fortunate to get the goal, Pacheco was robbed an assist on the second goal after the deflection off a defender before Dusan Stevanovic's finish. Pacheco’s goal would be deserved for his strong effort throughout the match, proving a thorn in the side of the Republic FC defense all match. On top of the goal for his smart run Pacheco managed to complete 90 percent of his passes in the match, managing 20 throughout the match as he was the key to the Orange County victory.