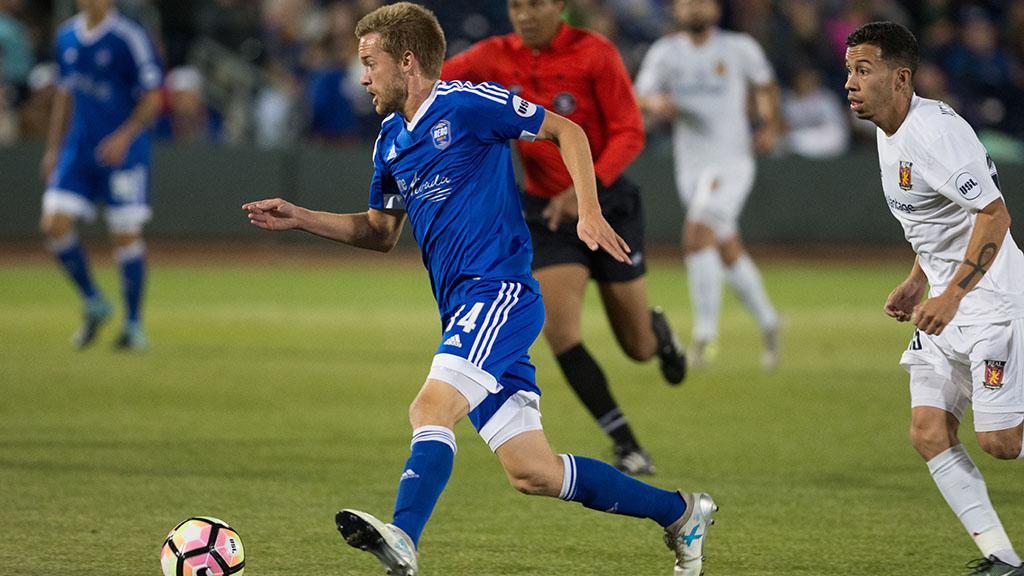 RENO, Nev. – At the start of the night, the opportunity to remain in the race for the first silverware of the 2017 USL season was waiting to be taken for Reno 1868 FC as an energetic crowd of more than 6,500 fans filled Greater Nevada Field.

By the end of a frustrating 90 minutes, those hopes had evaporated as Real Monarchs SLC put one hand on the USL Regular Season Championship’s shield with a 3-0 victory.

“I mean everybody has a game. This wasn’t our game,” said 1868 FC goalkeeper Matt Bersano. “It’s rough timing for us, but it was inevitable at some point.”

The defeat brought an end to 1868 FC’s 13-game home undefeated streak, and left the Monarchs out of reach with two games to go in the regular season, eight points clear at the top of the standings. With two weeks to go, only San Antonio FC now has a chance to catch the Western Conference frontrunners, and would need Real to fall in each of its final two games of the season to even have a chance.

“It wasn’t our best night for sure,” said 1868 FC defender Kip Colvey. “We looked a bit sloppy in certain moments, but we generated a lot of great chances. I mean, we had the better of the chances, we just couldn’t capitalize on it. They were just more clinical than us in the end of the night. They definitely deserve their victory tonight.”

The result certainly could have been different. Reno hammered away at the Monarchs defense in the first half, outshooting their visitors 7-1 before the break, but the second-biggest moment of the match saw Monarchs goalkeeper rise to the occasion and 1868 FC’s normally reliable attack flub its lines. Antoine Hoppenot had scored on both of his prior penalty kicks this season, but Andrew Putna’s second penalty save in a week – and the fifth for the Monarchs this season overall – kept out his initial shot before a first rebound chance was headed off the crossbar by Hoppenot, a second by Chris Wehan blocked, and the third sent wide by Wehan of the right post.

That sequence came back to haunt Reno two minutes into the second half, when the Monarchs’ first shot on goal resulted in the opening goal of the game. Charlie Adams’ cross from the left spun tantalizingly through the six-yard area, and Chandler Hoffman was on hand to head home his 16th goal of the season at the back post.

“That early goal helped them out so much,” said Bersano. “They were sitting back a ton until they scored that early goal it changes everything about how they play; they don’t have to sit back and wait for our pressure, they can just fly at us and that’s exactly what they did. We just have to be better defensively. That comes from everybody; from the top down, all the way back to me.”

And yet, Reno certainly wasn’t out of it. The hosts continued to pressure, but the chances that on another day might have gone in for the USL single-season scoring record holders didn’t find the net. 1868 FC finished the game with 14 shots, but Putna was only forced into four saves as chances failed to find the target. Two late goals for the Monarchs then put the game out of reach, bringing the end to a memorable night for the visitors and their travelling support. 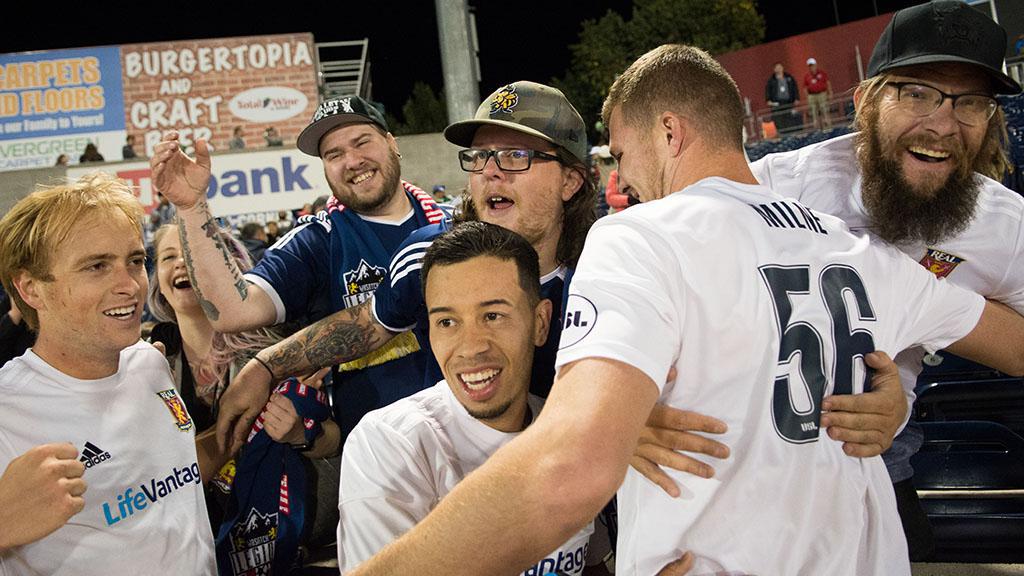 “We looked fine,” said Reno Head Coach Ian Russell. “We have to convert chances and make penalty kicks. When you play against a team that sits back like that, you can’t go down or else it’s hard to catch up. We had a chance to score in the first half and didn’t. But it’s just little things we were missing today.”

The win was the Monarchs’ third in the regular season against Reno, having claimed victory twice at Rio Tinto Stadium earlier this season. With Reno’s path to the USL Cup Final now likely to go through the Monarchs’ home rather than their own, the challenge of solving what Real hangs out on the distance.

After Saturday’s defeat, though, there’s a chance Reno might relish that opportunity.

“Real Monarchs SLC are a good team,” said Bersano. “We’re prepared for everyone we play, we play them again and I promise you there’s no fear. We’re professionals, we’re going to bounce back.”