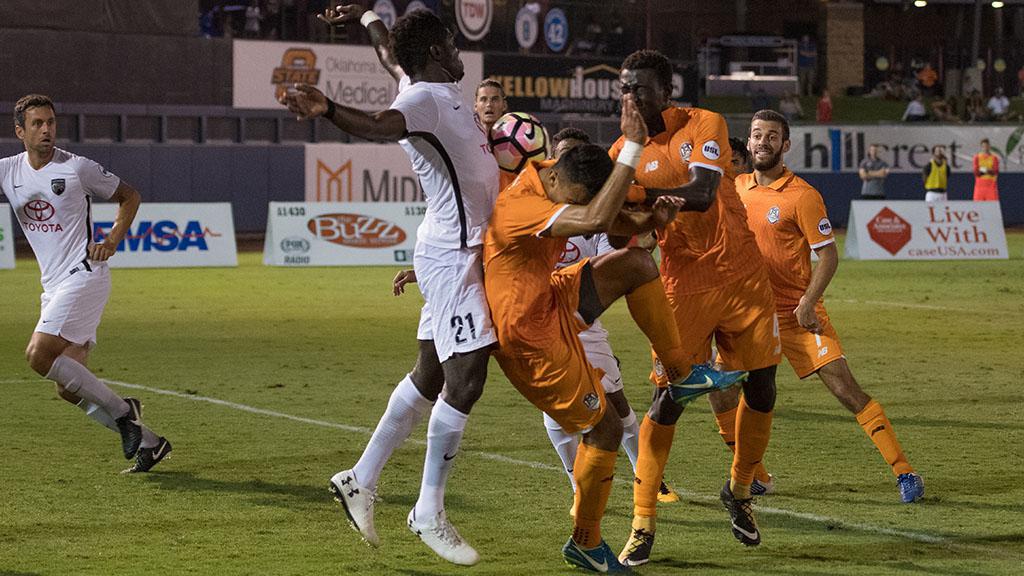 TULSA, Okla. – Playing his first game in almost two months, San Antonio FC’s Mark O’Ojong was just happy to be back out on the field after injury.

That he grabbed the opening goal in SAFC’s 2-0 victory against Tulsa Roughnecks FC on Saturday night at ONEOK Field just added to the excitement the 20-year-old Cameroonian felt on the night.

“I feel great,” said O’Ojong. “I’m happy for being able to come in and help the team after not playing for such a long time. We got a big win, so I’m very happy for the team.”

Coming off back-to-back defeats for the first time this season, San Antonio had slipped to fourth place in the Western Conference after the recent surges in form of both Reno 1868 FC and the Swope Park Rangers.

On Saturday night the side’s defensive solidity returned somewhat despite a makeshift back four that was missing three regulars in Ben Newnam and Stephen McCarthy to suspension and Sebastien Ibeagha, who was available on the bench as Ryan Roushandel took his place at center back. While the Roughnecks finished with 23 shots, only four found their way through to goalkeeper Diego Restrepo as he recorded his 12th shutout of the season.

“I thought tonight was an important match,” said SAFC Head Coach Darren Powell. “The players came out and had a response after last weekend’s result, and I’m proud of them. We earned two goals against a strong Tulsa team and earned a shutout as well, which is important.”

O’Ojong also stepped into the back line, replacing Newnam at right back, a move away from his regular central midfield role. His performance defensively was stellar, recording nine clearances, five tackles and three interceptions as he regularly matched up with Tulsa standout Joey Calistri, who was held without an official shot and recorded only one key pass for the contest.

The defensive effort by O’Ojong was matched elsewhere, as the likes of Roushandel and Pecka put in strong shifts to stymie the Roughnecks attack on their home turf.

“Any time you’re missing some of your main guys it takes a little bit of camaraderie to fight for each other,” said Roushandel. “I thought as a whole it was a battle tonight, and the guys gutted through it and tried to stay organized. We take pride in clean sheets here, so we got one after a while and now we’ll run with that momentum to see if we can finish it off.” 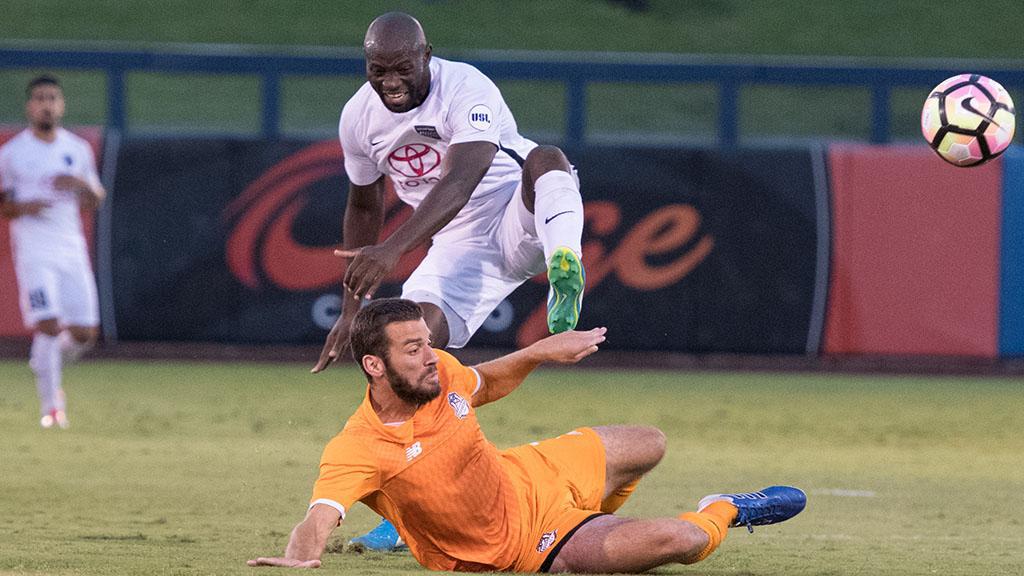 As important as the victory proved in getting SAFC back on track overall, it was also amplified by results elsewhere around the Western Conference on the night. San Antonio is still in fourth place after Saturday’s action, but sitting level on points with 1868 FC after its defeat to Real Monarchs SLC and the Rangers after they drew with Rio Grande Valley FC.

With a game in hand on both teams, San Antonio now has second place within its grasp as it enters its final three games of the regular season. All three of those are on home turf at Toyota Field, a place where San Antonio has lost only once all season.

“This is a big three points for us,” said Roushandel. “Now we get to finish out the season with three games at home, which is where we want to be.”