Move within one win of Regular Season Championship before 6,598 in Reno 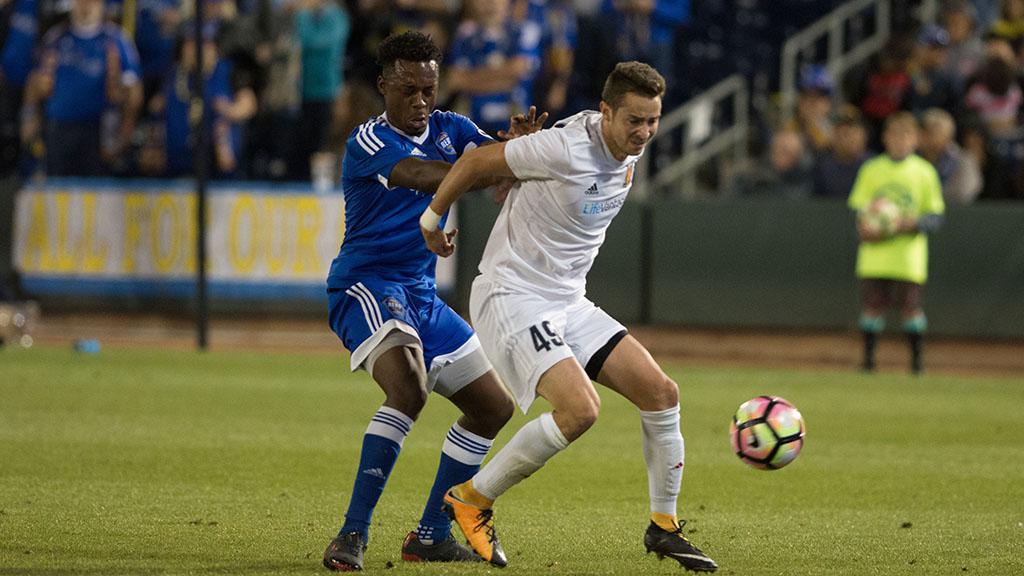 RENO, Nev. – Real Monarchs SLC pulled away for a 3-0 victory against Reno 1868 FC on Saturday night in front of a crowd of 6,598 at Greater Nevada Field as both Chandler Hoffman and Juan Mare scored their second goals in as many games to move one win away from the USL Regular Season Championship. Reno almost scrambled home an early goal, only for the Monarchs to clear, but 1868 FC was given a golden chance to take the lead in the 24th minute when Real’s Taylor Peay was called for a handball in the penalty area. Antoine Hoppenot stepped up for Reno, but Monarchs goalkeeper Andrew Putna made a big diving save, and Hoppenot then headed the rebound against the crossbar before Chris Wehan put the second rebound wide. Both teams threatened late in the first half, but the Monarchs then took the lead just two minutes after the break as Charlie Adams found space on the left, and his cross got to Chandler Hoffman at the back post for a diving header and his 16th goal of the season. Real’s Juan Mare almost doubled his side’s lead in the 73rd minute with a low shot to the left corner that was saved by 1868 FC goalkeeper Matt Bersano. Reno tried to get back on the front foot to earn an equalizer, and Hoppenot twice missed the target on good chances with 15 minutes to to, first with a header from the top of the six-yard area that went high and then with a curling show wide of the right post. The Monarchs also had a great chance to put the game away as a corner kick by Adams from the right found Nick Besler, only for his header to flash just wide, but Mare and Daniel Haber struck added a pair of goals in the 87th and 90th minutes to cap the win and earn the Monachs their third win against Reno this season.