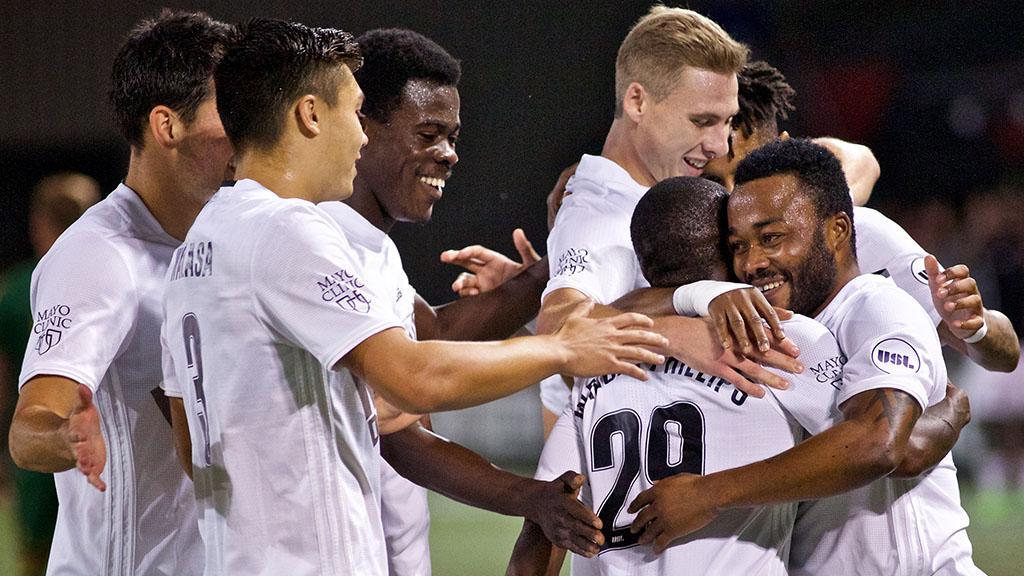 PORTLAND, Ore. – As exciting as the current streak Phoenix Rising FC has been on, to top it off with the club’s first trip to the USL Cup Playoffs on Wednesday night only shifted things to an even higher level.

A 2-0 victory against the Portland Timbers 2, which capped a perfect trip through Cascadia for the fifth Western Conference team to book its place in the postseason, left everyone involved in the club’s surge up the standings since the middle of August elated.

“To qualify for the playoffs is like a dream come true, and I’m happy because we are progressing right now in team spirit,” said Rising FC Head Coach Patrice Carteron. “The boys are really fantastic. I really hope our fans will come and we will finish the season with the three games at home with many fans coming to support us and after we are going to prepare for the next game and the playoff in fantastic condition. I’m really happy for all the fans of Phoenix, for all our fans, for the players, for the board members.”

The start of the season marked what was also a fresh start for the organization. There was a new look thanks to the rebranding under the club’s new ownership group, a major boost in attendance thanks to not only a new home at the Phoenix Rising Soccer Complex, but high-profile additions like Didier Drogba and Shaun Wright-Phillips. Now, there is also a new ending to the regular season.

Wright-Phillips scored the opening goal against T2, his rebound finish a simple one compared to others this season. The former England international praised the depth of the squad, which has carried the team on its 11-game undefeated streak, and five-game winning streak to reach this point.

“The main thing for us is that we have a base … It’s brought us together,” said Wright-Phillips. “We go out as a team, we fight as a team. If one man is out of position, someone fills in. No matter what happens we’ve got each other’s backs on and off the pitch. That’s rolling the confidence through the defenders and [goalkeeper] Josh [Cohen]; the ‘keepers that have been in goal have been fantastic on this run and it’s started to take the pressure off the attackers to not force anything.”

A fourth consecutive shutout gave Cohen his seventh of the season as while T2 threatened to get back into the game the visitors stood firm. Wright-Phillips even chipped in at the defensive end, a goal line clearance keeping Rising FC ahead midway through the second half.

With Drogba still absent, it was Jamaican forward Jason Johnson who applied the final blow for his 10th goal of the season. One of the many new faces to arrive in Phoenix after competing for San Antonio FC a season ago, Johnson was thrilled to have helped the club make a small piece of history, but was also ready for more.

“We just play every game to win,” he said. “Whatever happens is what happens. We move on from that.” 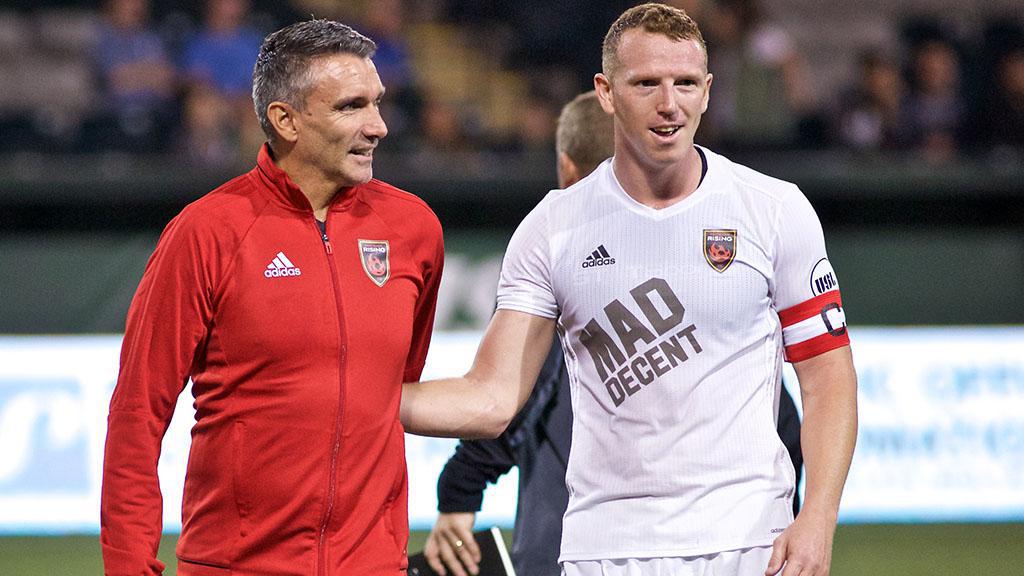 As the side makes its way down the Pacific coast to face Sacramento Republic FC on Saturday night, before what is sure to be a celebratory homecoming next Wednesday against Tulsa Roughnecks FC in the USL Game of the Week on ESPN3, the next goal is in sight for Carteron’s squad.

“We stay concentrated, we stay humble also,” Carteron said. “We accept to work really hard on the field every game with a fantastic spirit. We also have talented players, so all those reasons are part of the success for Phoenix Rising right now. We want to keep on like this until the end.”