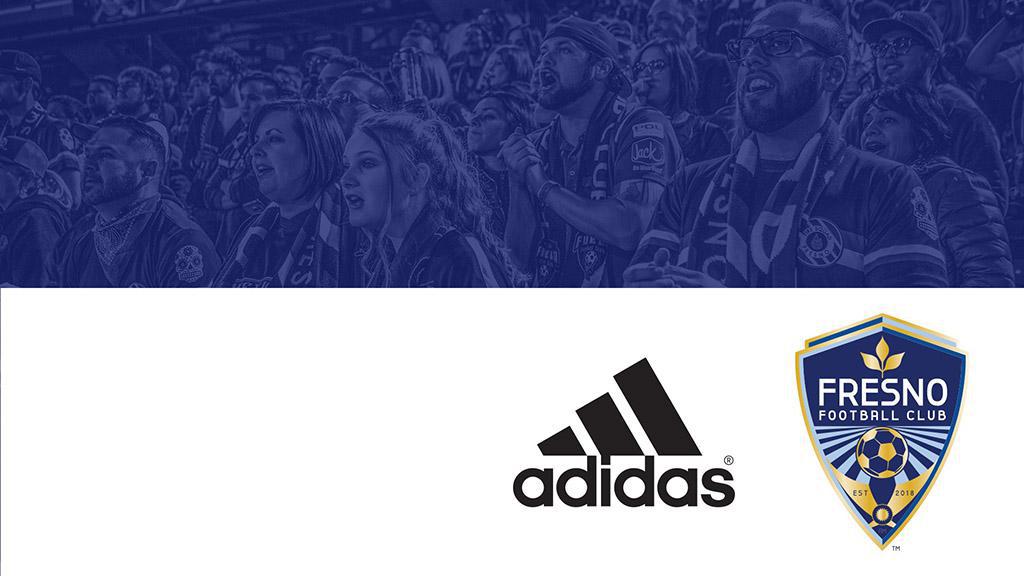 FRESNO, Calif. – Fresno Football Club General Manager Frank Yallop announced on Monday that adidas, the world’s premier soccer equipment supplier, will be the 2018 USL expansion club's official outfitter. The German giants will become the club’s exclusive uniform and equipment provider and will be outfitting all FFC players, coaches, and staff. The multi-year deal will extend through the 2021 USL season.

“Our affiliation with adidas is important for Fresno and the region, as it is a brand with a great reputation within the soccer world,” Yallop said.  “adidas and our team want to collaborate on local initiatives, especially on youth engagement. We’re delighted to bring such a global soccer brand to the Central Valley region.”

Fresno FC’s inaugural line of adidas kits will be released ahead of the 2018 USL season and will be made available for purchase at FresnoFC.com and on match days at Chukchansi Park. Other benefits of the partnership include fan apparel, field, facility and community branding, and tournament support.