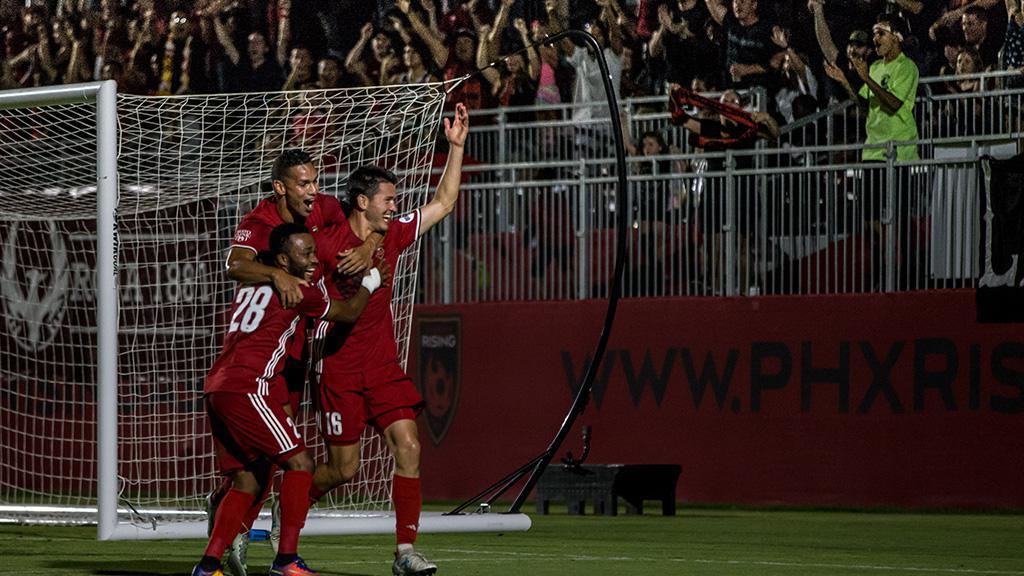 PHOENIX – Since his arrival at Phoenix Rising FC, Head Coach Patrice Carteron has instilled an identity within the club that has pushed it to a club-record eight-game undefeated streak.

After Saturday night’s 2-0 victory against USL Western Conference-leader Real Monarchs SLC in front of 6,008 fans at the Phoenix Rising Soccer Complex, that identity is also that of a side that is going to be among the most dangerous when the USL Cup Playoffs arrive next month.

“A few mistakes, but really how great it must feel, what a fantastic experience,” said Rising FC Head Coach Patrice Carteron. “As a team, we play so well. We had many opportunities to score, we were strong defensively and we changed a few players but everybody here is giving his best. Once again, the spirit right now on the team is absolutely fantastic.”

In handing the Monarchs’ their first three-game winless streak of the season, Phoenix put together another standout display of defensive solidity combined with the ability to strike quickly when the chance arose. Holding only 35 percent of possession, Rising FC had a 6-1 advantage in shots on goal against Real as the conference-leaders were left frustrated throughout much of the night.

Real’s recent struggles defensively from set pieces were also exposed again on Sam Hamilton’s opening goal for Phoenix as the Colorado Rapids loanee tapped home when the hosts got two bites at the cherry after Kevon Lambert’s initial header from a corner kick had been saved by Monarchs goalkeeper Connor Sparrow. A recent arrival in Arizona, Hamilton’s second consecutive start for the side also saw him help contain the Monarchs’ strong attack as he recorded three tackles and won 4 of 7 duels.

“Feels amazing,” said Hamilton. “I think I’ve been working a long time to get playing time, go a whole year without getting minutes, and then get down here, and still have to earn that playing time and finally get it, it feels great.”

Hamilton was one of the holdovers in the lineup from last Saturday’s 2-1 victory on the road against Colorado Springs Switchback FC, but the side made four changes from that lineup as the likes of Peter Ramage and Shaun Wright-Phillips were given the night off ahead of Rising FC’s upcoming three-game trip to the Pacific Northwest that opens on Wednesday night against Seattle Sounders FC 2. 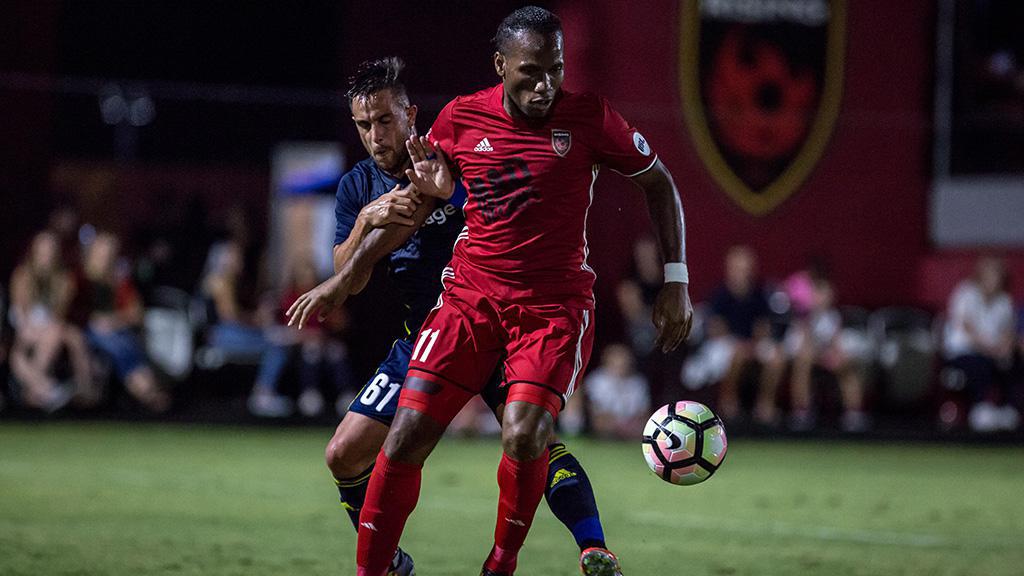 With both set to be ready for Wednesday’s game, in addition to the return to action of Didier Drogba as a second-half substitute against the Monarchs, Phoenix’s surge in the standings shows little side of abating.

“If you look over the past 12, 13 games you see the steps that the team has progressed through and I think tonight is just one of those steps you see,” said Jason Johnson, whose eighth goal of the season sealed the win with 17 minutes to go after coming on as substitute. “Hopefully a couple more steps before the playoffs comes around.”

With four wins in its last five games, Rising FC has the rest of the Western Conference’s attention.