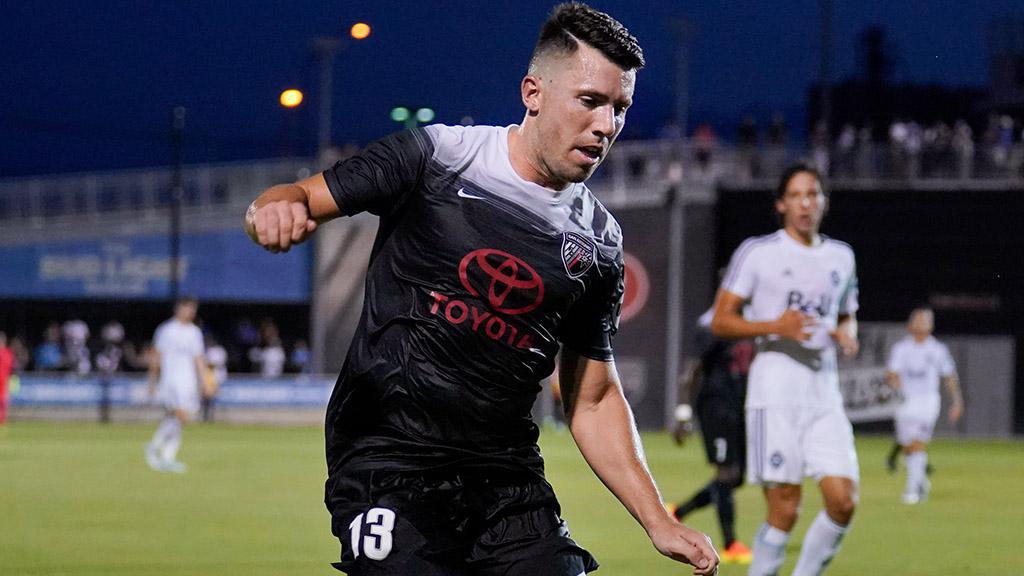 IRVINE, Calif. – There is still more for San Antonio FC to achieve this season, but Wednesday night’s landmark of a first postseason berth for the club after a 1-0 victory against Orange County SC was a sweet one for the club’s players.

“It’s always great to reach a milestone,” said SAFC defender Ben Newnam. “This was one of the first goals we set this year, and this being the first time in club history that we make the playoffs is big time, but we definitely want more. We’ve been sitting close to the top of the table all year and we want to continue to make a far run in the playoffs and hopefully have a chance at winning a championship.”

Newnam’s first goal in SAFC colors sent the club on its way in a performance that showed the typical resiliency that Head Coach Darren Powell’s side has displayed over the course of 2017. While there was some good fortune to it as fellow defender Sebastien Ibeagha’s effort to try and redirect the shot froze Orange County goalkeeper Charlie Lyon, allowing the ball to skid into the right side of the net, it was a just reward for a display that hit some high gears in the final hour of the contest.

“It’s always good to score but it’s all about the team’s effort,” said said. “They always say that if you’re not going to hit the ball towards anybody then at least put it on frame, so that’s what I did and fortunately it skidded into the back of the net.”

As enjoyable as Wednesday night’s victory was, sealed by a late save in stoppage time by Diego Restrepo for his 11th shutout of the season, SAFC will have to move on quickly. A clash with the fourth-place Swope Park Rangers awaits on Sunday evening as San Antonio concludes its road trip with another big test.

With the club’s ability to refocus one of the keys to its success this season both the short-term goals for performances and the bigger goals ahead remain in clear view.

“We’ll continue doing what we always do and prepare to face Swope [Park Rangers] on Sunday,” said Powell. “We have a short turnaround again and we’re on the road, so we’ll prepare ourselves starting tomorrow and focus on Sunday’s game.”