Newnam’s goal the difference in victory against Orange County 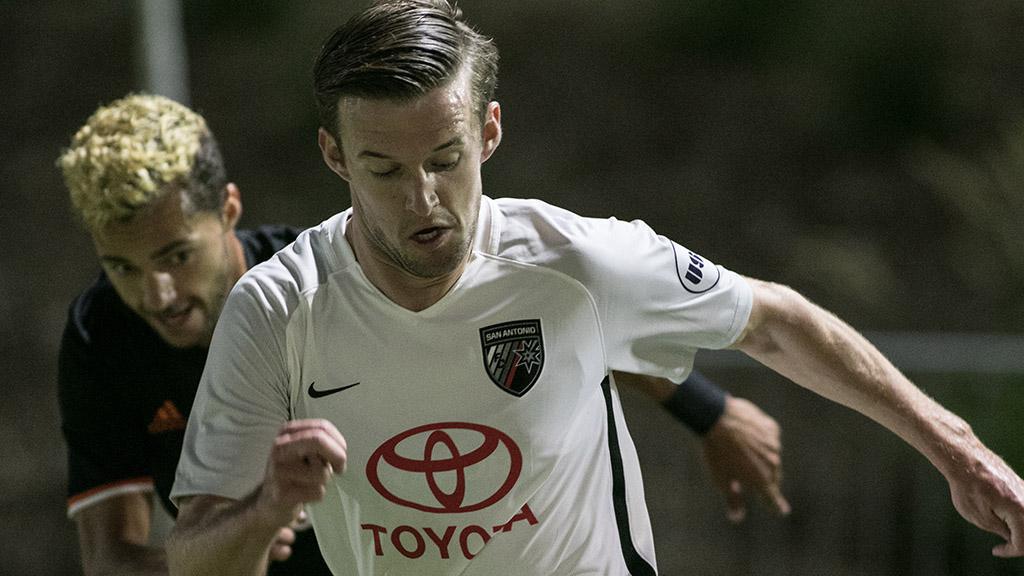 IRVINE, Calif. – San Antonio FC became the second team to earn a place in the 2017 USL Cup Playoffs with a 1-0 victory against Orange County SC on Wednesday night at Champions Soccer Stadium. Orange County had the better of the game early as Rodrigo Pacheco headed just over from a well-worked corner inside the opening 10 minutes, but the first big chance came to San Antonio as a great turn by Kris Trypak created space for a cross on the left that found Owayne Gordon at the near post, and his flicked header just eluded Cesar Elizondo at the back post just past the half-hour mark. Gordon then forced a good save by OCSC goalkeeper Charlie Lyon, and the Jamaican international fired over on the rebound. Elizondo almost gave SAFC the lead in the opening minute of the second half as he beat Walker Hume to a long ball forward, only to be well denied by Lyon. San Antonio hit the front in the 55th minute, however, as Ben Newnam’s free kick found the net as Lyon was frozen by a run to the top of the six-yard area by Sebastien Ibeagha to allow the delivery to find the net. Orange County almost answered through Carlos Alvarez, whose curling effort went just wide of the right post.  Another curled effort by Alvarez was sipped over by Restrepo in the 70th minute, while Irvin Parra also forced a comfortable save with nine minutes to go. Zach Kobayashi had the final chance for Orange County in stoppage time, but Restrepo claimed to seal the victory and a trip to the postseason.

Sebastien Ibeagha, San Antonio FC – Returning to the lineup after his suspension on Saturday night, Ibeagha put in a stellar defensive display with 12 clearances, and played a key role in the only goal of the game.