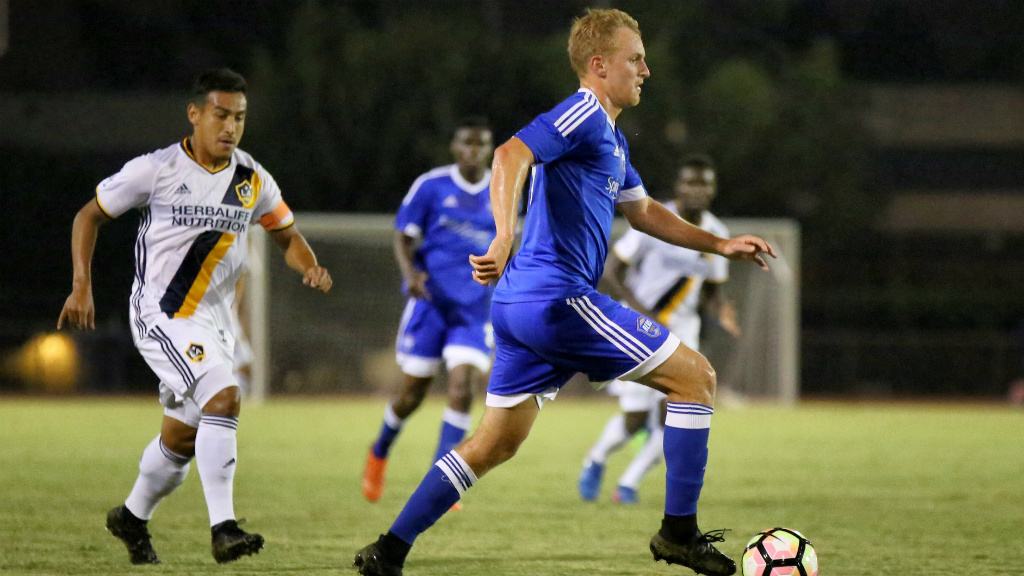 CARSON, Calif. – Darwin Espinal, former No. 1 Premier Development League Top Prospect, lifted Reno 1868 FC over the LA Galaxy II with a goal that saw the road side secure a 2-1 victory at the StubHub Center - Track Stadium on Wednesday. Reno came out swinging on the road and found the opener in the fifth minute, when Brent Richards hit a sensational strike from outside the box past by Galaxy II goalkeeper Eric Lopez. While 1868 FC held a majority of the possession in the first 45 minutes, the Galaxy II had many opportunities to respond, and they did in the 37th minute. Receiving a ball from Jack McBean, Raul Mendiola hit a shot towards goal, and a massive deflection saw the ball sail by Reno netminder Matt Bersano. Coming on as a second-half substitute, Espinal impressed on the ball and turned many heads with a deft right-footed finish, which served as the game-winner. With the result, Reno improves to 14-5-6 overall, while the Galaxy II fall to 7-14-4 this campaign.

Darwin Espinal, Reno 1868 FC – Needing a win on the road to keep pace with the top teams in the Western Conference, the former South Florida Surf standout proved to be a super sub by netting the crucial game-winning goal.