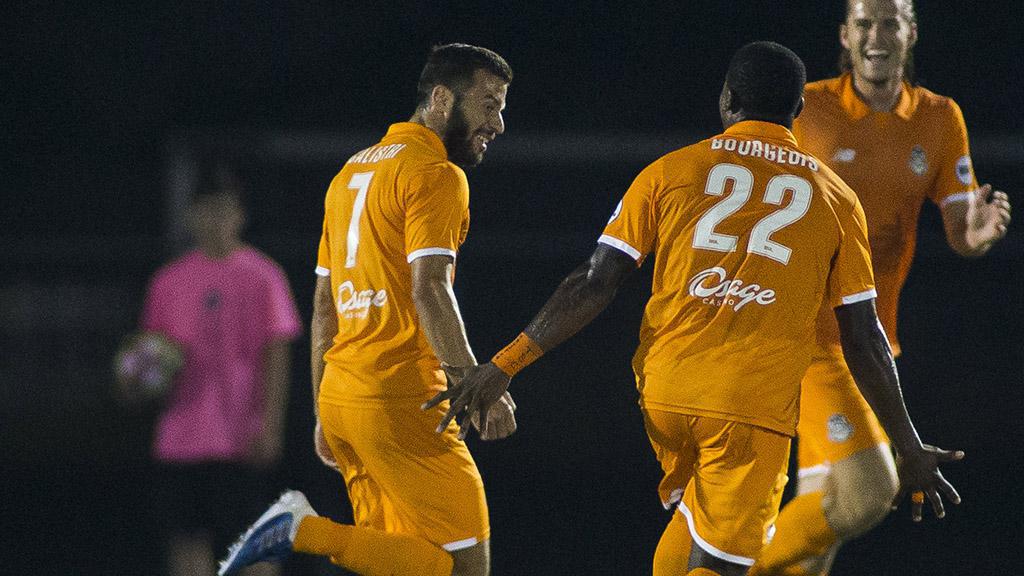 VANCOUVER, B.C. – A two-minute spell completely changed the match and gave Tulsa Roughnecks FC a 3-1 win against Vancouver Whitecaps FC 2 on Wednesday night at McLeod Athletic Park. Juan Pablo Caffa opened the scoring in the 40th minute as Christian Thierjung refused to give up on the ball. After his initial cross was blocked, Thierjung crossed back for an unmarked Caffa, who was left with a simple finish. WFC2 was inches away from equalizing immediately as one minute later Brett Levis found space but his shot only found the post, the ball falling in to the arms of Tulsa goalkeeper Stefan Cleveland. Tulsa gave Vancouver a helping hand when Caffa was called for a handball when attempting to clear a corner. This allowed Marco Bustos to step up and bury the penalty, maintaining his perfection from the spot in 2017, to equalize in the 50th minute. Ian Svantesson got Tulsa back on track and ended his scoring drought after putting away a cross from Joey Calistri from close range. Less than one minute later Calistri turned goalscorer with an effort from distance that had too much on it for WFC2 goalkeeper Sean Melvin, doubling Tulsa’s lead. In the 78th minute a free kick allowed Cole Seiler to hit a diving header, beating Cleveland, but finding the post, and Tulsa completed its trip to the Pacific Northwest undefeated.

Joey Calistri, Tulsa Roughnecks FC – He may have only played 35 minutes, but Calistri undeniably had a significant impact on the result, managing an assist and a goal in a two-minute span which turned the match on its head. Calistri was instantly ready to get involved and just seven minutes after getting on the pitch had an assist, and finished the game having completed 86.7 percent of his passes in Vancouver’s half.