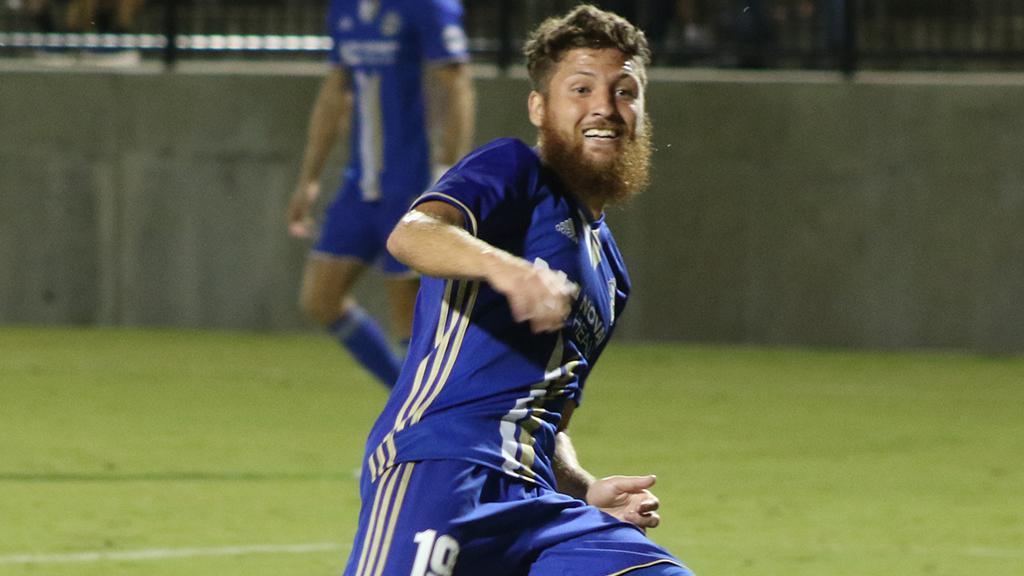 TAMPA, Fla. – Charlotte Independence forward Enzo Martinez has been voted the USL Player of the Week for Week 24 of the 2017 season. Martinez, who also claimed the weekly honor in Week 5 and Week 20 this season, had a pair of goals in the Independence’s 3-0 victory against the Richmond Kickers on Saturday night to move into a tie for the league-lead with 16 goals this season. 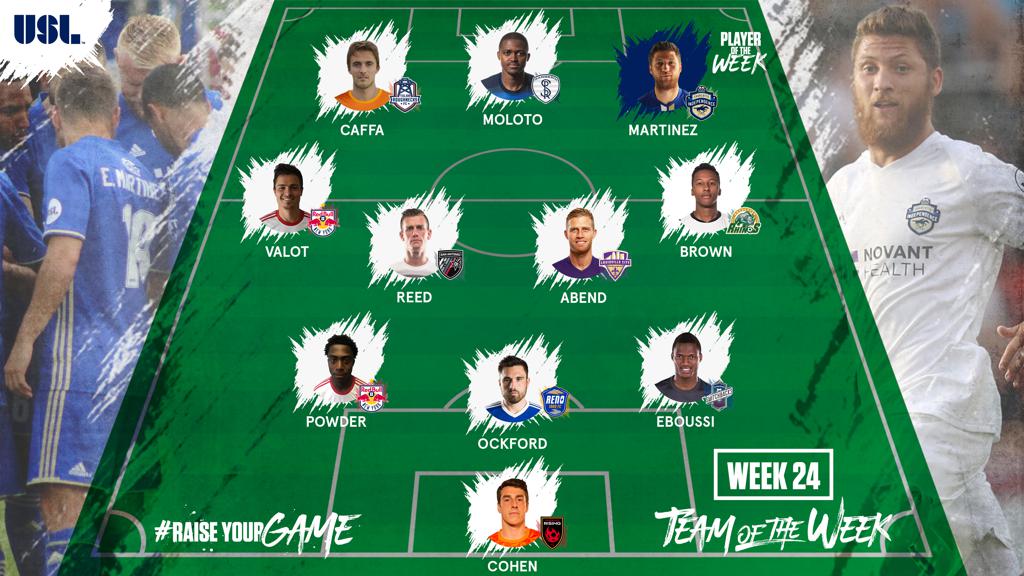 GK – Josh Cohen, Phoenix Rising FC – Cohen notched a three-save shutout, including a game-save stop in stoppage time while his side was holding a one-goal lead, as Rising FC defeated Seattle Sounders FC 2 on Saturday night.

D – Jimmy Ockford, Reno 1868 FC: Ockford earned his second consecutive selection, as he scored his third goal of the season, completed 41 of 43 passes. He also recorded three tackles, three interceptions and 10 clearances in a 3-1 win against Orange County SC.

M – Florian Valot, New York Red Bulls II: Valot scored a goal, his second in as many games, and added an assist as the Red Bulls II moved into the playoff positions with a 4-2 victory against the Tampa Bay Rowdies.

M – Guy Abend, Louisville City FC: Abend scored the only goal and also completed 67 of 77 passes, as Louisville took a 1-0 victory against the Charleston Battery to remain on top of the Eastern Conference.

M – Jalen Brown, Rochester Rhinos: Brown’s first professional goal proved to be the game-winner as the Rhinos defeated Toronto FC II to move into the top four in the Eastern Conference.

F – Juan Pablo Caffa, Tulsa Roughnecks FC: Caffa had a goal and assist as the Roughnecks took a win and a draw from its first two games on their trip to the Pacific Northwest to move into fifth in the Western Conference.

F – Lebo Moloto, Swope Park Rangers: Moloto scored both goals as the Rangers took a 2-0 victory against OKC Energy FC to solidify their place in the top four in the USL Western Conference.

F – Enzo Martinez, Charlotte Independence: Martinez scored a pair of goals as the Independence pulled away for a 3-0 victory against the Richmond Kickers, and he moved into a tie for the league-lead in goals.