Midfielder scores one, assists one in 3-1 victory for Richmond 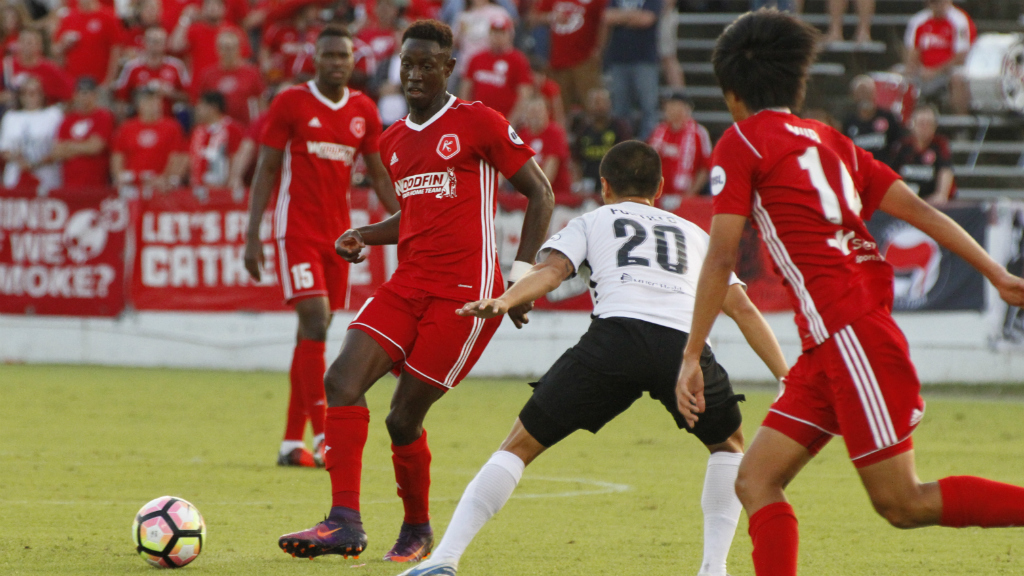 RICHMOND, Va. – Three quality strikes from Sunny Jane, Oliver and Yudai Imura paved the way for the Richmond Kickers to record a 3-1 win against the Charleston Battery at City Stadium on Saturday evening. The Battery took an early lead via a goal from Heviel Cordoves in the second minute of action, but the Kickers would take the lead before the break. In the 17th minute, Jane controlled a cross from the left wing by Braedon Troyer with his chest before hitting a left-footed laser by Battery goalkeeper Odisnel Cooper. Jane, who caused problems all night for Charleston, was at it again 19 minutes later, driving down the middle of the field before feeding Oliver, who hit a perfectly-placed ball in. Yudai Imura would seal the win with a beautiful free kick in second-half stoppage time. With the result, the Kickers improve to 5-12-8 overall and 5-6-3 at home this campaign, while the Battery fall to 11-6-8 this year.

Sunny Jane, Richmond Kickers – Jane shined all evening for the Kickers, scoring one goal while also recording the assist on the game-winning goal.