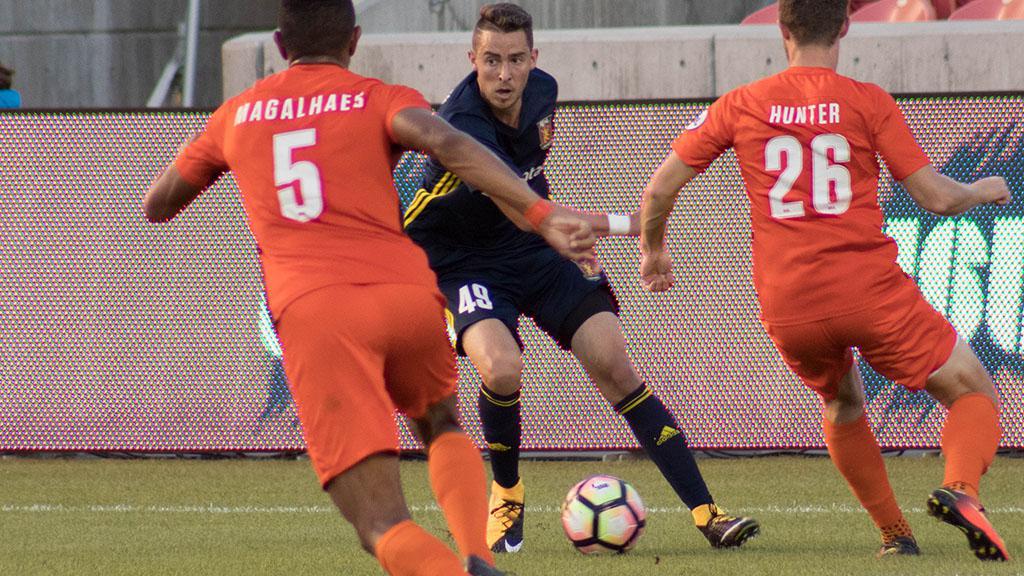 SANDY, Utah – Real Monarchs SLC rallied from an early deficit to take a 2-1 victory against Rio Grande Valley FC on Friday night at Rio Tinto Stadium as Chandler Hoffman recorded assists on both goals for the hosts. The Toros took the lead in just the fifth minute as a loose piece of play in their own half was quickly sent to Kyle Murphy, who fired his shot into the top-right corner of the net. The Monarchs got on the front foot again quickly, though, and leveled in the 18th minute when Daniel Haber curled home an excellent finish from 20 yards into the top-right corner. Real’s Karsten Hanlin forced a low save by RGVFC goalkeeper Borja Angoitia a minute later, while Hoffman had a close-range chance off a good piece of play by Andrew Brody squeezed out of play. Hoffman provided his second assist on the night in the final minute before halftime, however, as a give-and-go at the top of the penalty area set up Sebastian Velasquez into the left corner of the net. The Toros had the first good chance of the second half, but Jose Escalante’s counterattack opportunity was saved by Real goalkeeper Connor Sparrow in the 61st minute. Both Hoffman, whose shot was well saved, and second-half substitute Chase Minter, whose shot curled just wide of the right post, went close to adding to the Monarchs’ lead in the final 20 minutes. But while the hosts had additional late chances to put the game away, Real held firm defensively to take its 11th home win of the season.

Chandler Hoffman, Real Monarchs SLC – Hoffman notched a pair of assists in addition to providing regular threats himself to score as Real rallied to take season sweep of the Toros.