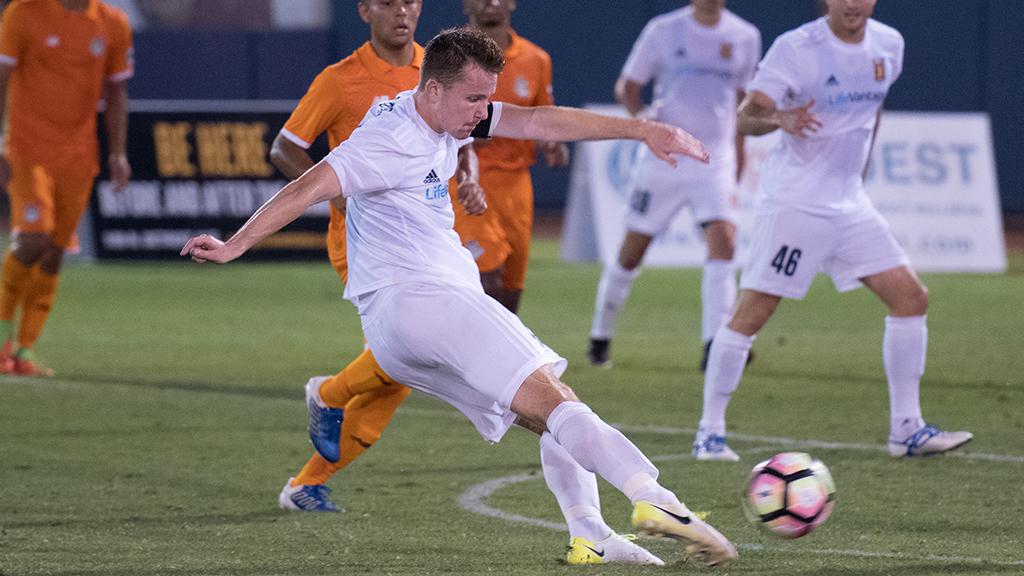 SANDY, Utah – Real Salt Lake announced on Thursday the signing of Real Monarchs SLC midfielder Nick Besler, making him the fourth Monarchs player to make the jump from the USL club to the MLS club in the last three years.

“We’re really proud as an organization when we have players that deserve the opportunities.  Being the captain and how he has performed consistently throughout the season, it makes a lot of sense,” Real Salt Lake General Manager Craig Waibel said.  “It was the right time to reward him and from an organizational standpoint it’s a continuation of what we set out to do, which was to bring guys into the first team when they are ready.  There are certainly more players that deserve a look.”

Besler, 24, has started 22 matches with three goals and one assist this season for the Monarchs, who lead the USL with a record of 16-3-4.  He was selected as captain by Mike Petke prior to the season-opener and has maintained that position under Monarchs Head Coach Mark Briggs following Petke’s promotion to Head Coach of RSL in April.

He has been instrumental in a record-breaking season for the Monarchs. From April 22-June 19, the club won a USL-record nine consecutive matches. At Rio Tinto Stadium, the Monarchs won 10 straight matches dating back to the 2016 season before drawing with Tulsa Roughnecks FC on July 31.

Besler was drafted by the Portland Timbers in the first round (fifth overall) in the 2015 MLS SuperDraft and was with the club for two seasons, but did not make a first team appearance.  A College Cup champion in 2013 with the Notre Dame Fighting Irish, he spent two seasons on loan to Portland Timbers 2 in the USL. With T2, he played 50 matches over two seasons, including 24 in 2016, when he scored his first professional goal against the Swope Park Rangers in the club’s inaugural contest.