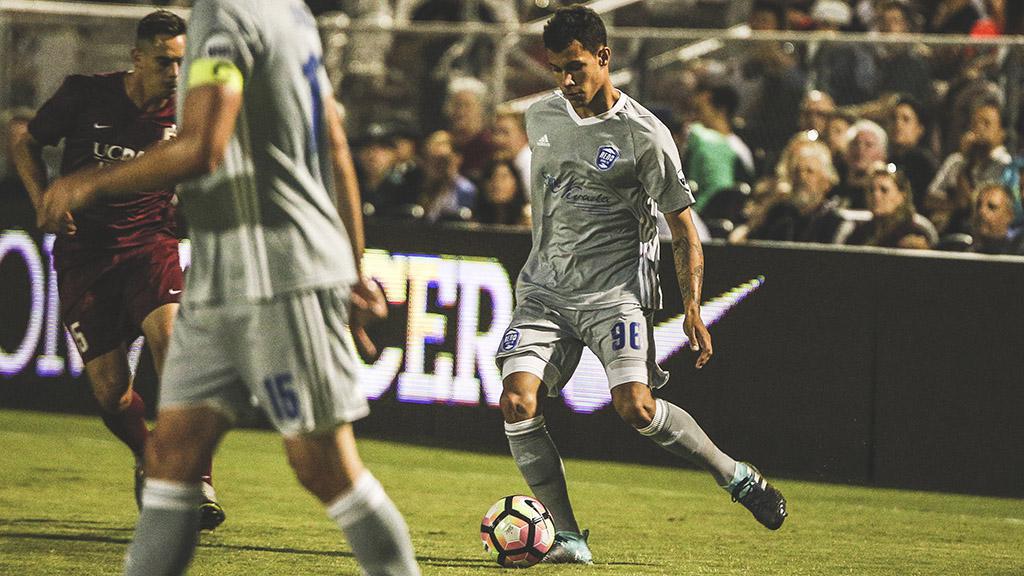 SACRAMENTO, Calif. – Reno 1868 FC rallied from an early deficit to take a 2-1 victory against Sacramento Republic FC in front of a sellout crowd of 11,569 fans at Papa Murphy’s Park on Saturday night to bolster its position in the Western Conference’s top four. Sacramento had the edge early on, and took the lead in the 15th minute as Hayden Partain scored his first professional goal with a flicked header from James Kiffe’s cross from the left. Just two minutes later, Reno answered as Dane Kelly notched his league-leading 16th goal of the season with a good header from Nick von Niederhausern’s chipped cross. Antoine Hoppenot almost gave 1868 FC the lead moments later, his finish cleared off the line by Kiffe, but in the 22nd minute Chris Wehan bent home an excellent free kick to put Reno ahead. Kelly almost added a third for Reno with a fierce shot four minutes before halftime, but then Sacramento had a big chance to level only for Trevin Caesar’s initial shot to be saved, and Tyler Blackwood’s rebound effort to be cleared away by Jimmy Ockford to keep Reno ahead at the break. Caesar almost leveled in the 52nd minute as a good through-ball was met by Matt Bersano’s save, and Blackwood had the rebound again blocked by Ockford. Reno’s first big chance of the second half came in the 67th minute as Hoppenot skied a finish from the middle of the penalty area, while Marc Pelosi’s sliding finish went just wide of the right post with 10 minutes to go as the visitors almost doubled their lead. 1868 FC’s Brian Brown was then denied by a good save from Evan Newton with five minutes to go, and Newton almost provided late dramatics with a header deep in stoppage time that was cleared off the line, but Reno held on to take all three points.

Chris Wehan, Reno 1868 FC – Wehan’s outstanding free kick highlighted another big performance by the rookie as 1868 FC took a big victory on the road against its regional rival.