Hoppenot Leading from the Front in Reno

Veteran has become part of standout attacking trio for 1868 FC 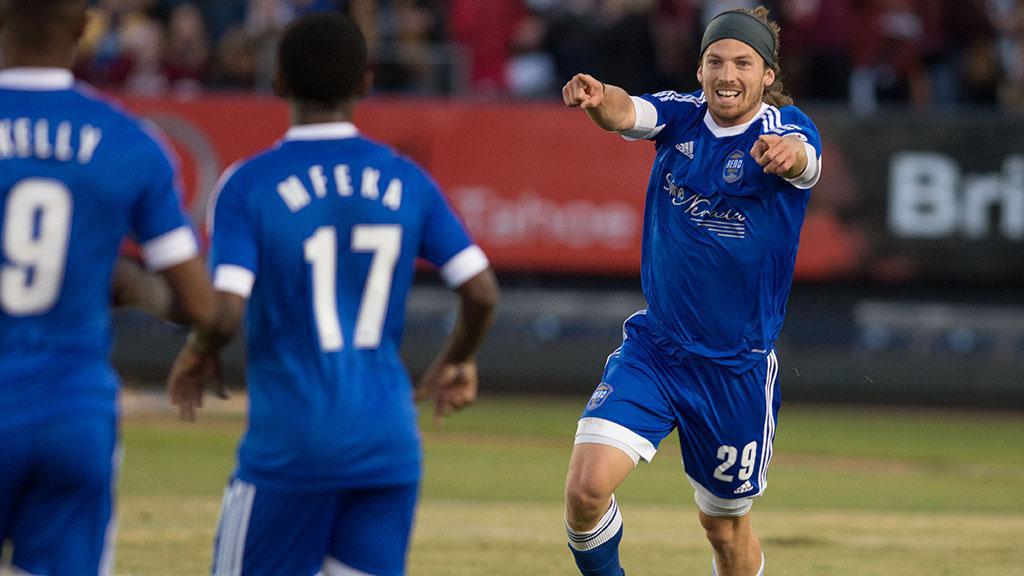 RENO, Nev. – As he was building his inaugural squad for Reno 1868 FC this offseason, Head Coach Ian Russell had a good number of options as out-of-contract players came available.

The moment he got a call about the possibility of adding Antoine Hoppenot to his squad, Russell couldn’t have moved more quickly.

“When I was an assistant with the Earthquakes, we actually tried to trade for him when he was at [the Philadelphia Union],” Russell said recently. “That didn’t happen, he had a good career in Philly, but he was a guy that when he was available, his agent called me and asked if there was any interest in Antoine, and I said, ‘Absolutely. Let’s do it.’

“There was no hesitation on my part, because I knew he could bring a good presence in the locker room, and his work-rate on the field is second-to-none.”

Russell’s prognostication as to what Hoppenot would bring to the club has paid off handsomely. The second-leading scorer on the team with eight goals, and second-leading assist man with six, Hoppenot has been part of the best attack not only in the USL this season, but across North American professional soccer.

Coming from another expansion experience with FC Cincinnati a season ago, being a key figure in 1868 FC’s success on and off the field has been a great experience for the 26-year-old.

“Coming here, obviously we don’t get the 20,000 fans, but the people who do show up are really passionate, and they make noise like 20,000 people,” said Hoppenot. “It’s awesome, the community has really embraced the whole squad, and it’s been a good ride so far.”

As well has he’s played, Hoppenot’s experience both in Major League Soccer and the USL has been valuable to the side off the field too, although he’s quick to pass credit around the rest of the squad as well.

“We have a very mature group,” he said. “There’s not a lot of one-person leading, it’s a lot of guys doing little things to help the team. There’s [Jimmy Ockford] our captain, Jordan [Murrell], he does a great job during games talking a lot, Brent [Richards], who leads the team in his own way, Nick [von Niederhausen], who brings this Swiss leadership, it comes from so many different guys, and I think that’s the best way to go about it. Everyone’s held accountable by themselves but also by many different players.”

That has helped 1868 FC succeed on and off the field. Averaging greater than 5,000 fans per game at Greater Nevada Field, the side is undefeated in its last 10 games at home after this past’s Saturday’s 2-0 victory against San Antonio FC. The attacking prowess the side has shown has come in part thanks to the experience of Hoppenot and USL all-time leading scorer Dane Kelly – who became the club’s marquee first signing last year – but the third prong of the attack has been Chris Wehan, whose performance since going undrafted in January has certainly turned heads.

“I think he’s pretty lucky that he gets to play with me and Dane,” Hoppenot deadpanned before cracking in laughter. “No, he’s awesome. He’s an amazing player. He sees a lot of things that other players don’t see, he’s able to create the little space not only for himself but for other players on the team, and it’s really showed up in his stats. He could have had 15 [assists] if the ball had dropped a little better. He’s obviously going to keep going. Big things are going to happen for the rest of the year and hopefully for the rest of his career.” 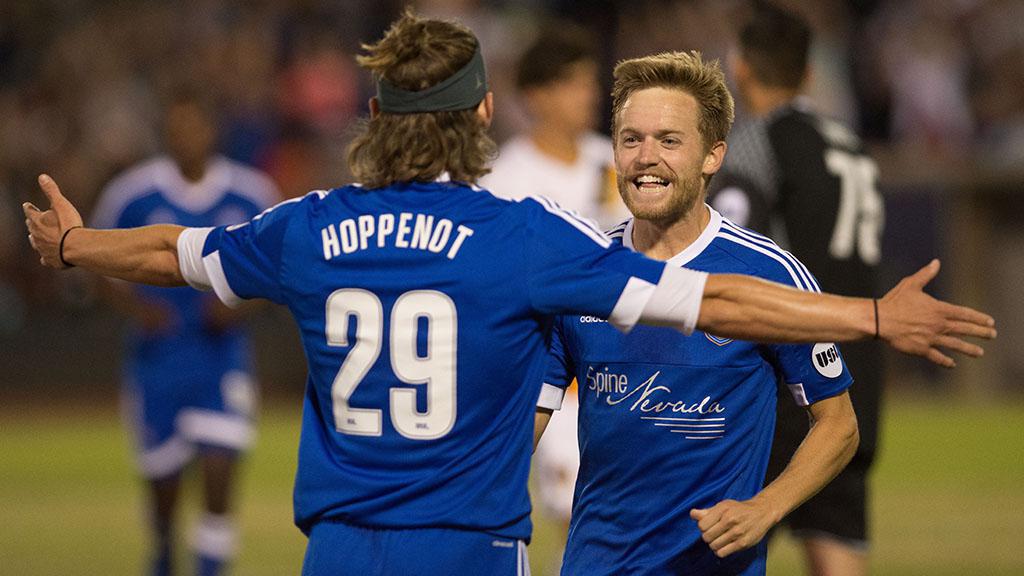 That attack has put 1868 FC in with a chance at a top-three position at the end of the season. The next two weeks look set to play a significant role in whether that happens and whether there is a home playoff game at Greater Nevada Field in October. Visiting fifth-place rival Sacramento Republic FC on Saturday and then hosting the third-place Swope Part Rangers on Aug. 26 are two massive tests for Hoppenot and his teammates.

As well as the side has played to get this far, though, Hoppenot is confident 1868 FC has plenty more to achieve.

“We get put in a position to succeed, and we have a very good team, so once the club does that, we’re going to win,” said Hoppenot. “We’re going to put the performances out there, and I think we’ve done that so far.”