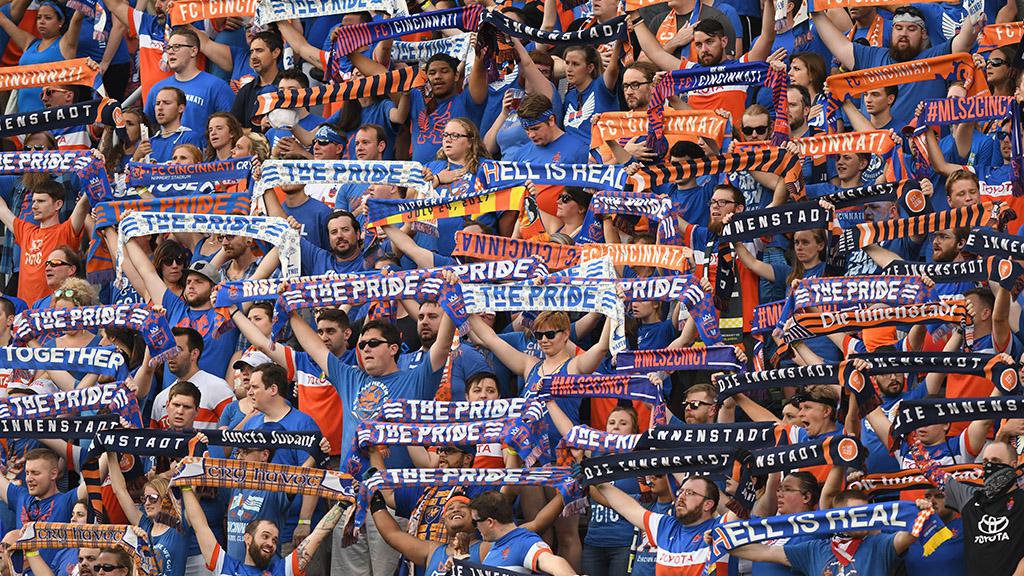 CINCINNATI – There were moments after Cincinnati native Austin Berry’s header had given FC Cincinnati a two-goal lead with less than half-an-hour to go against the New York Red Bulls in the Semifinals of the 2017 Lamar Hunt U.S. Open Cup on Tuesday night when the remarkable seemed ready to become reality.

“It’s amazing, going from not even being a club a little over two years ago to having a 2-0 lead in the U.S. Cup semifinal,” said Berry.

In the end, though, it wasn’t to be. Dubbed FC Disneyland by Head Coach Alan Koch, the pressure FCC was forced to absorb in the second half finally told as the leading goal-scorer in Red Bulls history tolled the bell for midnight, bringing the Cinderella story to an end.

Bradley Wright-Phillips’ two goals in front of a sellout crowd of 33,250 fans at Nippert Stadium – the second-highest attended game in Open Cup history – earned the visitors a hard-fought 3-2 overtime victory, and a date with Sporting Kansas City in the final on Sept. 20.

That said, the hosts certainly made an impression on the two-time MLS Supporters Shield winners.

“A second-division team in the semifinal of the Open Cup – that’s awesome,” New York captain Sacha Kljestan said. “This is so huge for soccer in our country, big for the club and big for the fans too. This is what the Open Cup is all about.”

Cincinnati’s run to the Open Cup Semifinals – the first USL club to do so since the Richmond Kickers in 2011 – certainly captured the imagination of the North American soccer public. Both U.S. Soccer Federation President Sunil Gulati and Major League Soccer Commissioner Don Garber were on hand for Tuesday’s game, with the sky appearing the limit for what FC Cincinnati can become in the future.

When Corben Bone gave the hosts the lead after an immaculate move in the 31st minute – Andrew Wiedeman’s pass and Danni Konig’s chested knock-down setting up the 28-year-old for his first goal for the club – the sense another moment toward reaching that potential had arrived was clear.

Berry’s goal, powerfully headed home at the back post from Kenney Walker’s corner kick, sent FCC’s crowd into massive celebration, the city’s native son scoring his first goal of 2017 at the most opportune moment. That the side couldn’t hold on against one of the top clubs in MLS didn’t take away from the accomplishment.

“Nothing short of incredible, I’m incredibly proud of everyone in that room,” said Wiedeman. “I think we went out and showed that we could go toe-to-toe with another top team in MLS.” 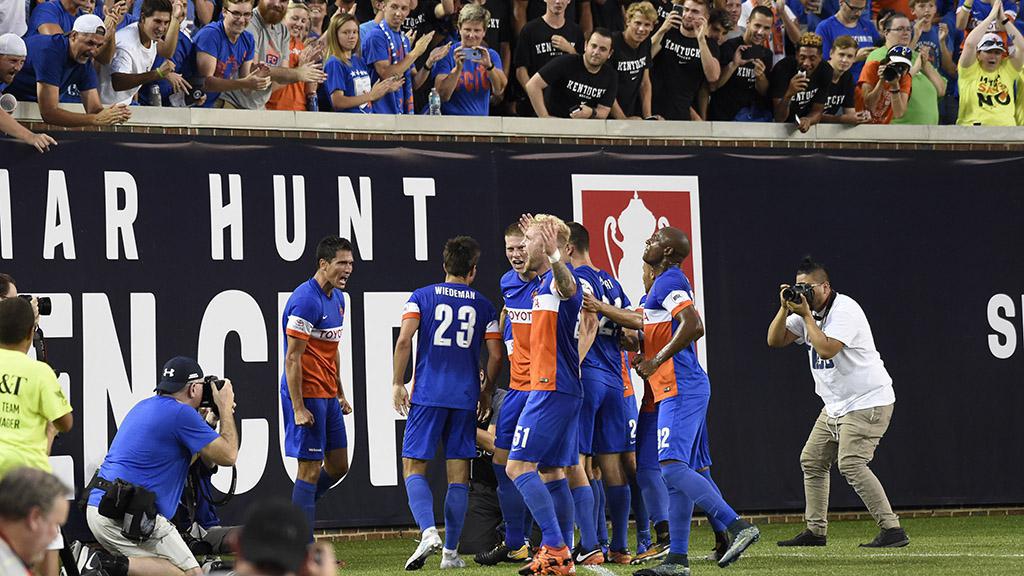 The USL’s influence showed in the Red Bulls’ recovery, too. Derrick Etienne Jr. and Tyler Adams, both of whom had claimed victory at Nippert Stadium last year with the Red Bulls II, were the creators of New York’s goals in the 75th and 78th minutes, the young talent coming to the fore as it had during last season’s run to the USL Cup.

The appreciation for the fight their hosts showed left the same impression on the Red Bulls as on those who had visited Nippert Stadium previously this season.

“I’d like to congratulate this club, and this city, on their incredible run and performance tonight,” said Red Bulls Head Coach Jesse Marsch. “It was a great run for good club, and I hope that people take notice.”

Now for FCC, though, there’s league business to be taken care of. While its Open Cup run was magical, the side is precariously placed in its pursuit of the 2017 USL Cup Playoffs. Saturday’s game, ironically against the Red Bulls II, is a critical one as Cincinnati looks to ensure a chance at claiming its first silverware in the postseason.

As Tuesday night came to an end, though, FCC’s final look over its shoulder left the club ready for the battles to come.

“Anytime you are up 2-0 and don’t come out on top it’s disappointing,” said Koch. “But, if you put that aside and look at this run, and what it’s done to galvanize this club, this city, and especially these fans you can see how much it has meant to everyone involved.”