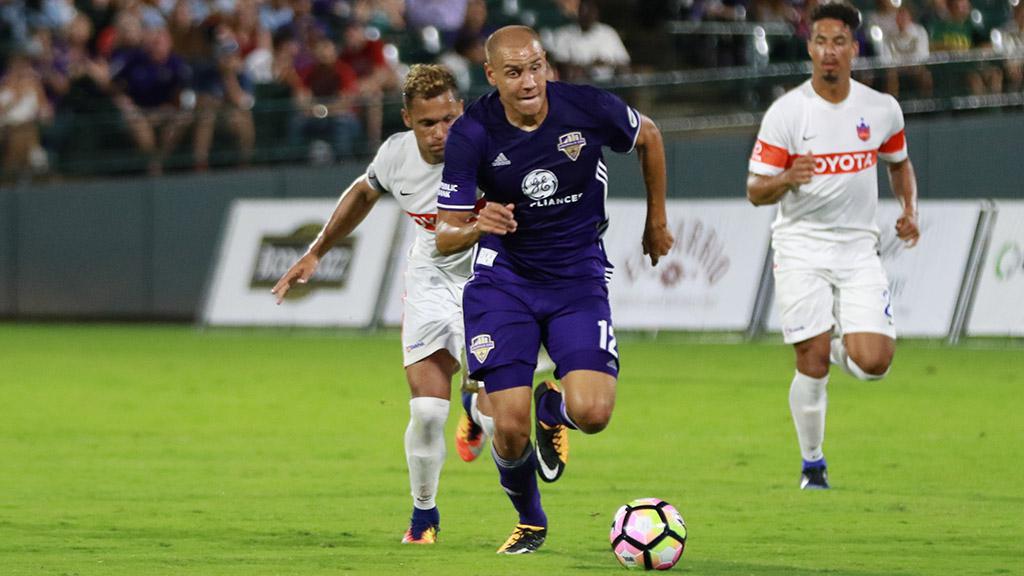 TAMPA, Fla. – Louisville City FC forward Luke Spencer has been voted the USL Player of the Week for Week 21 of the 2017 season. Spencer recorded a goal and two assists as Louisville claimed a 5-0 victory against FC Cincinnati on Saturday in front of a club-record crowd of 13,812 at Slugger Field. The win was the widest margin of victory in a USL regular-season game in Louisville’s history. 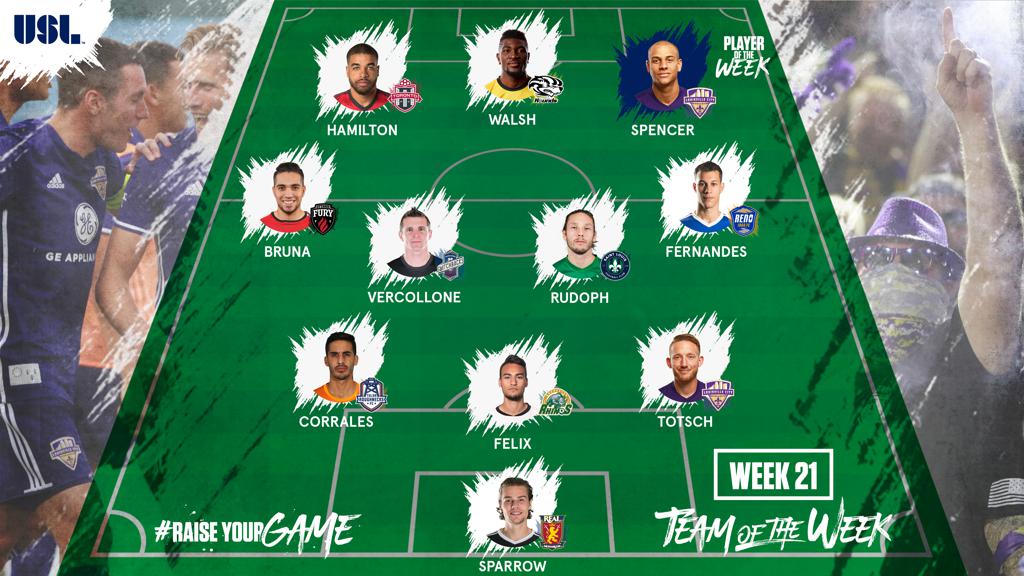 D – Jorge Luis Corrales, Tulsa Roughnecks FC: Corrales had a goal and assist across two games as the Roughnecks defeated both Saint Louis FC and OKC Energy FC over the week’s action.

M – Luke Vercollone, Colorado Springs Switchbacks FC: Vercollone had a goal and assist, created two other chances and was active throughout in the Switchbacks’ 4-0 win against Orange County SC.

F – Luke Spencer, Louisville City FC: Spencer had a goal and two assists in a dominant display in attack, as Louisville took a 5-0 victory against FC Cincinnati in front of a club-record crowd of 13,812.

F – Chevaughn Walsh, Pittsburgh Riverhounds: Walsh scored a pair of goals, as the Riverhounds clinched the Keystone Derby Cup and boosted their playoff hopes by defeating the Harrisburg City Islanders.