Orlando looks to break run of draws in Richmond on Saturday 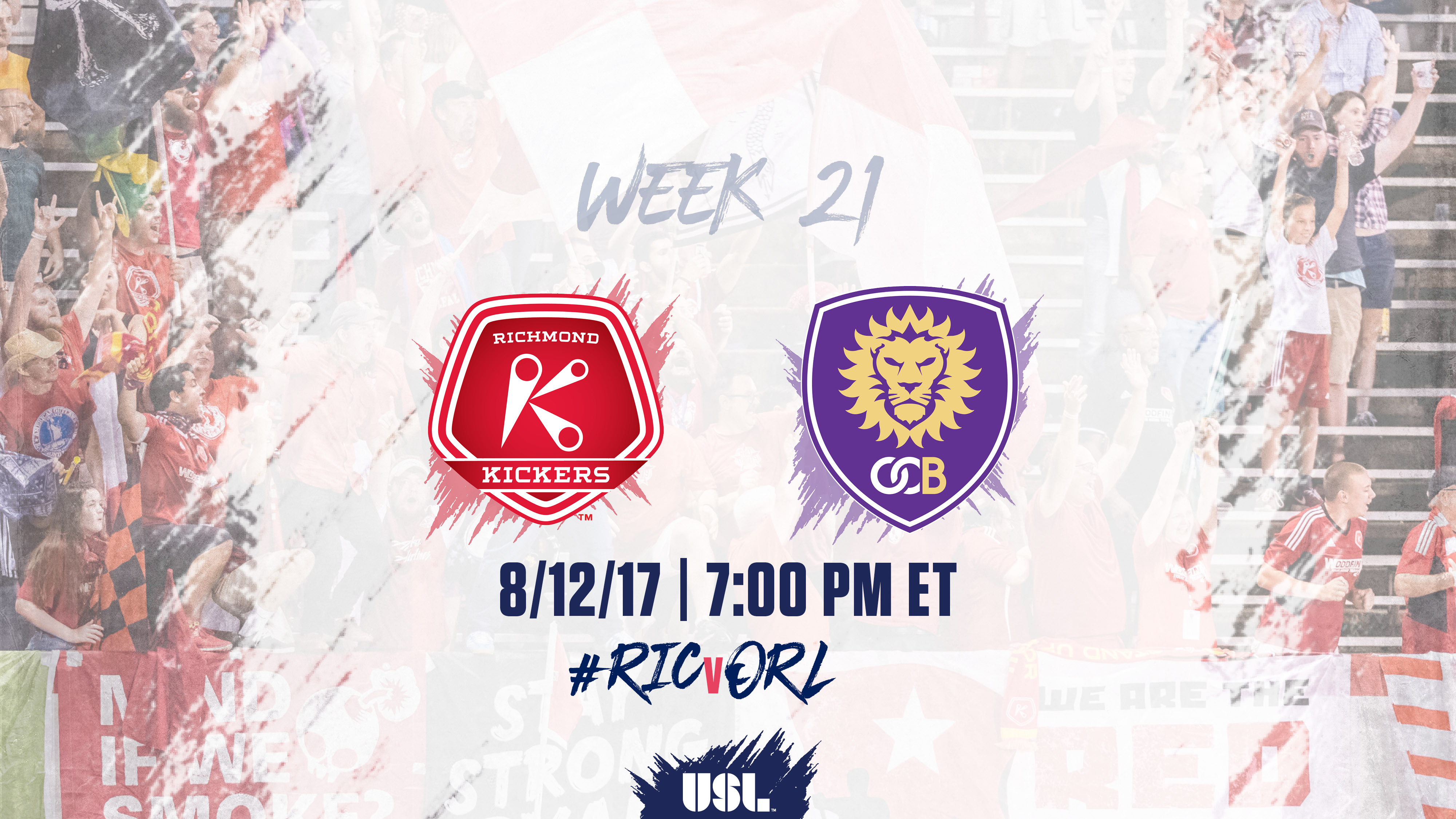 RICHMOND, VA. – Orlando City B sit just outside the playoff places and will be looking to jump in to the top eight against a Richmond Kickers desperate for a win in front of their home crowd at City Stadium with kickoff at 7:00pm.

Richmond Kickers come in to this match after a 1-1 draw in Pittsburgh Riverhounds, taking the lead thanks to a Yudai Imura goal but conceding the equalizer eight minutes from time.

Clinical shooting gave Richmond fans something to cheer about, as they managed to put four of their six shots on target (67%), a solid return which shows things moving in the right direction.

Richmond are in a run of good form, despite their disappointing season, having suffered just one loss in their last four matches, and have a much better home record, so will be delighted to return to City Stadium on Saturday.

Orlando City B news and notes

Orlando City B travels to Richmond following a 2-2 draw with FC Cincinnati, after conceding a late equalizer at Nippert Stadium last Saturday.

Austin Martz scored the equalizer in the 14th minute after a frantic start to the match before Orlando took the lead in the 55th minute through Hadji Berry, only to concede in stoppage time through Danni Konig.

The draw was the sixth straight draw for Orlando City B, their second in the run against Cincinnati, and a strong defensive performance saw Zach Carroll earn Team of the Week honors for his impressive passing.

The two sides will meet three times this season with this being their first meeting of the year.