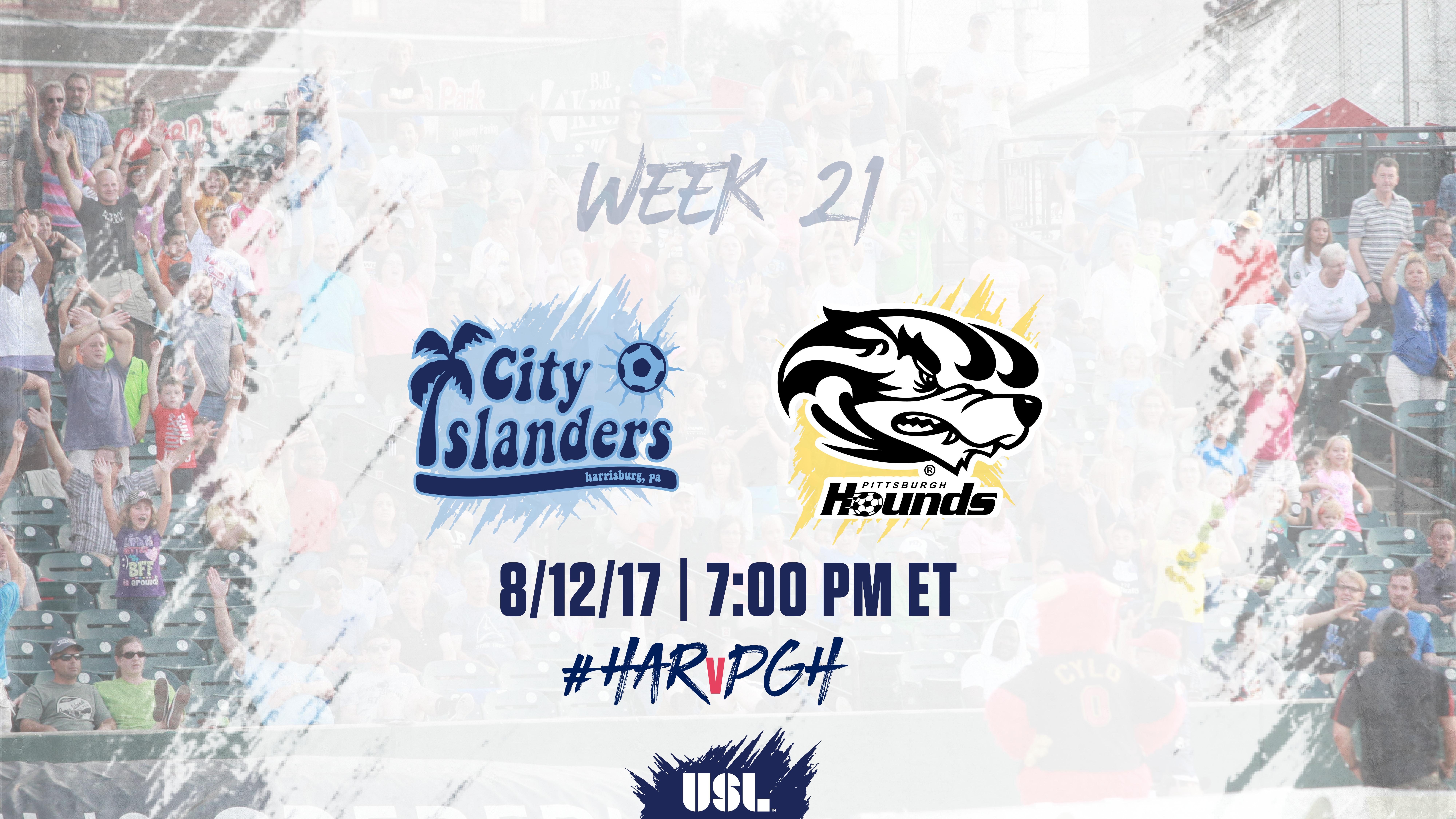 Harrisburg come in to the Keystone Derby off a tight 1-0 loss home loss with Rochester Rhinos on Tuesday, starting this short home stand.

Despite dominating possession against Rochester, the City Islanders just couldn’t break down the Rhinos defense, who played well after the goal in the 25th minute gave them the lead, and gave Harrisburg just their second home loss of the season.

While the passing was good from Harrisburg, their crossing let them down, managing just 27.3% crossing accuracy, which must improve ahead of the derby on Saturday.

Harrisburg is winless in their last five matches (0-3-2) but will be looking to their supporters to turn the momentum around.

The Pittsburgh Riverhounds managed a late goal to get a 1-1 draw with the Richmond Kickers at home on Saturday.

Pittsburgh set up a dramatic finish in that match with Stephen Okai scoring the equalizer with eight minutes to play, but they couldn’t fight for a second goal.

Statistically Pittsburgh dominated the match in a lot of ways, including in the air, winning 72.2% of aerial duels, but they couldn’t convert those 12 shots in to more goals.

Pittsburgh have a strong record on the road, having lost just three matches away from Highmark Stadium, compared to five losses at home, and will hope the derby atmosphere can lift their finishing.

The Keystone Derby Cup is currently held by the Harrisburg City Islanders, who will need a win or a draw to have any hope of retaining the trophy as Pittsburgh lead with the only win of the season so far.