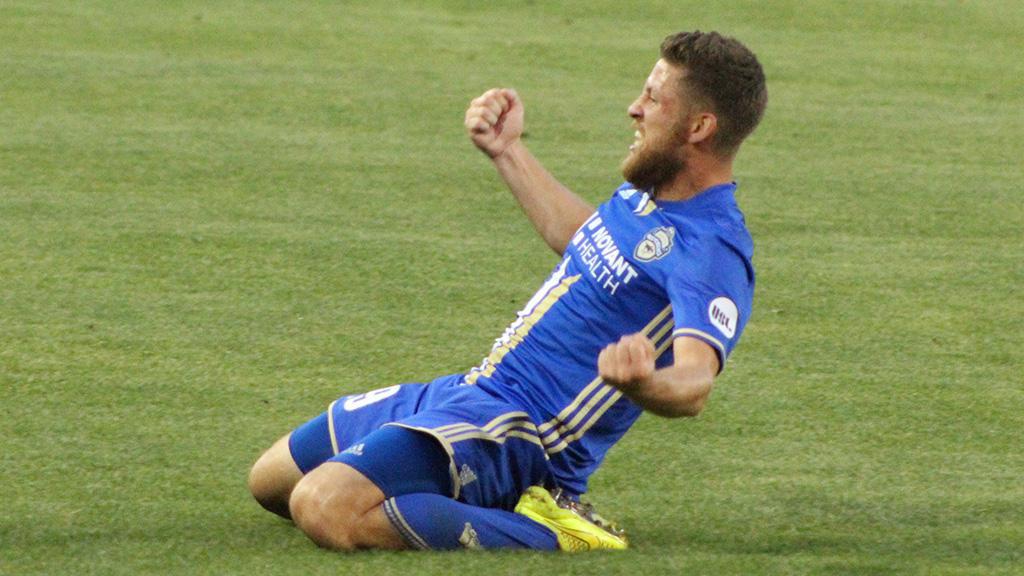 TAMPA, Fla. – Charlotte Independence forward Enzo Martinez has been voted the USL Player of the Week for Week 20 of the 2017 season. Martinez recorded a hat trick as the Independence took victory against Louisville City FC in a top-three clash in the Eastern Conference on Saturday night, which also sent the Independence to the top of the conference standings. 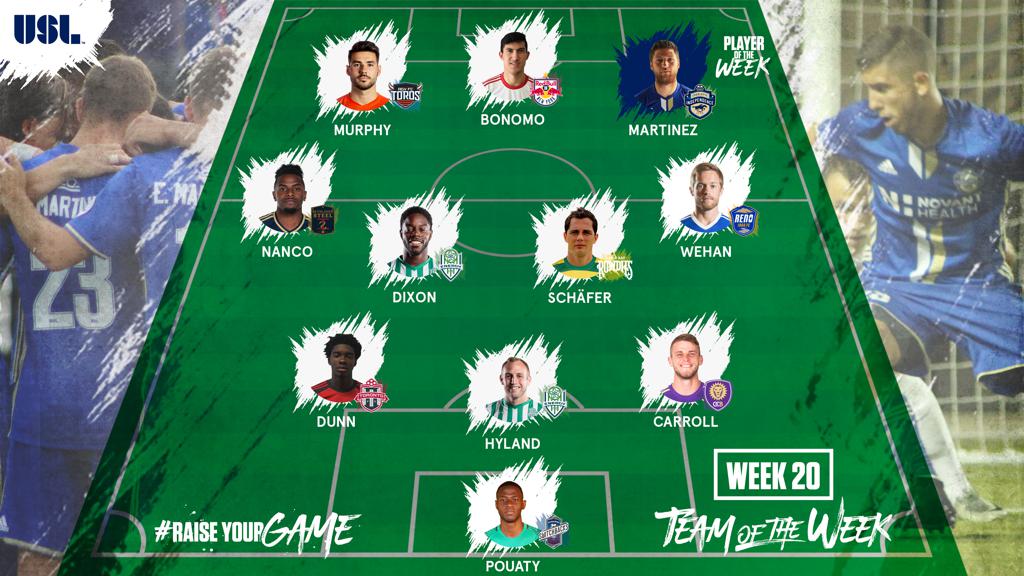 GK – Moise Pouaty, Colorado Springs Switchbacks FC: Pouaty recorded a pair of penalty-kick saves and conceded only an own goal late, as the Switchbacks defeated the Portland Timbers 2 on Saturday.

D – Zach Carroll, Orlando City B: Carroll completed 52 of 62 passes against Harrisburg last Wednesday and made nine clearances over two games, as OCB earned a pair of draws on the week.

M – Marcel Schäfer, Tampa Bay Rowdies: Schäfer recorded a pair of assists and completed 76 of 78 passes in the Rowdies’ 3-0 victory against the Harrisburg City Islanders on Saturday night.

M – Chris Wehan, Reno 1868 FC: Wehan had the game-winning goal and his league-leading ninth assist of the season, as Reno took a 3-2 victory on the road against Tulsa Roughnecks FC.

F – Stefano Bonomo, New York Red Bulls II: Bonomo had a goal and assist to lead the Red Bulls II to their first regulation victory in club history against the Rochester Rhinos on Saturday afternoon.

F – Enzo Martinez, Charlotte Independence: Martinez’s first hat trick for the Independence led the side to the top of the Eastern Conference with a 3-1 victory against Louisville City FC.