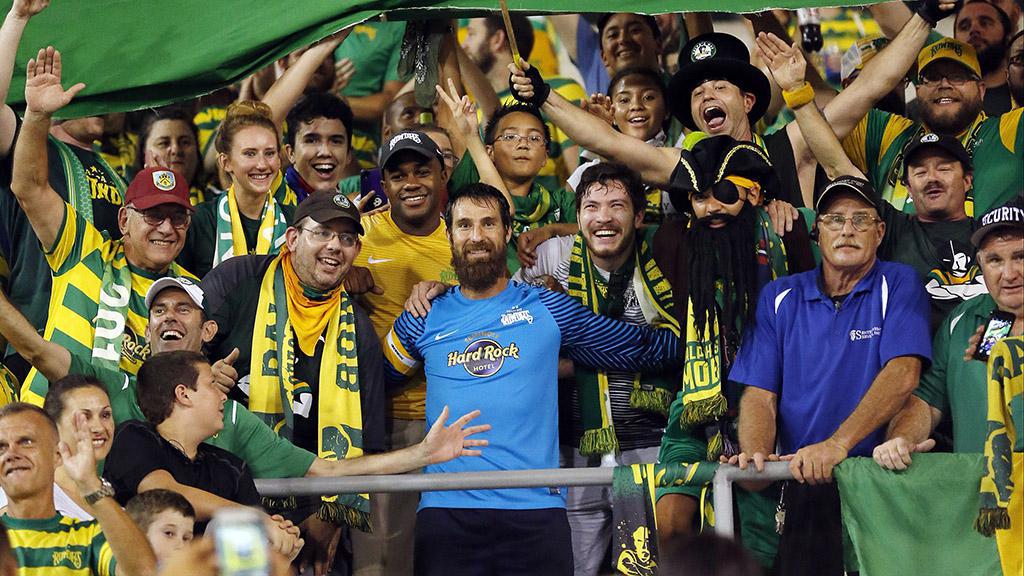 ST. PETERSBURG, Fla. – Three years after arriving at the club, goalkeeper Matt Pickens made his 100th appearances for the Tampa Bay Rowdies on Saturday night.

His teammates then helped make sure he got to celebrate with a shutout, as the Rowdies took a 3-0 victory against the Harrisburg City Islanders in front of 5,619 fans at Al Lang Stadium.

“The guys made it easy for me tonight,” said Pickens. “We’re trending in the right direction. We don’t want to count our chickens until they hatch, but we’re doing all the things right. We’re playing really clean games right now and we just have to keep it going and try not to think about it too much.”

Pickens’ feat was commemorated pregame by Ralph’s Mob, whose tifo emblazoned with Pickens’ image and the slogan “Fear the Beard” was raised before the opening kickoff. After the game the 35-year-old – who made more than 150 starts in Major League Soccer before arriving in Tampa Bay – ascended into the stands to celebrate a fourth consecutive home win for the side.

Tampa Bay’s defense has keyed its run at home, with a run of four consecutive shutouts that began on July 6 against FC Cincinnati helping fuel a resurgence in the USL Eastern Conference standings. Pickens has played his part in that, but on Saturday night he paid tribute to the players in front of him, who might make up the Rowdies’ best defensive unit since his arrival in 2014.

“Definitely most confident, for sure,” said Pickens. “We hit a little road bump with a lot of games on our schedule and we started playing a little sloppy. Now that we’re playing games every seven days we are starting to really string together a couple wins, a couple clean good wins, complete games. We’re looking good. This is definitely one of the best for sure.” 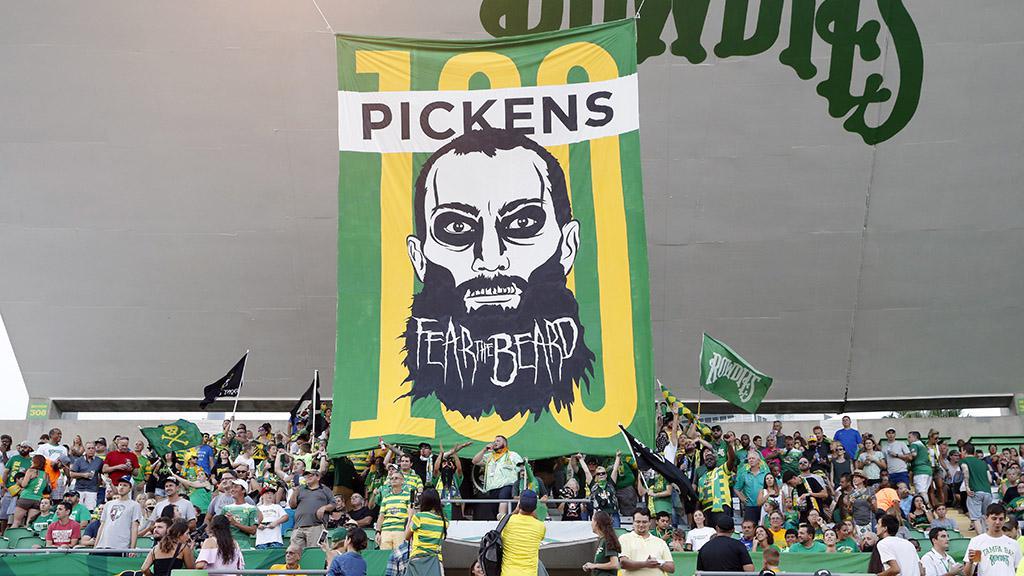 Center back Neill Collins also chipped in offensively on Saturday, opening the scoring with an opportunistic finish from a corner kick for his second goal of the season. Another tally for Martin Paterson – his fourth in the past five games – arrived in the second half before Walter Restrepo’s first goal in a Rowdies uniform iced the victory in stoppage time.

“When you’re playing in a landmark appearance, you just want the night to go well so you can remember it for all the right reasons,” said Collins. “Matt’s been a great servant [for the Rowdies] so it was great to give him hardly anything to do. It was great to have him hardly have to do anything tonight, everything he did tonight he did very well.”

With the club’s playoff position now looking solid, the Rowdies are hoping they can produce more nights like Saturday for Pickens as the postseason approaches.

“He’s done great to get to 100 appearances,” said Tampa Bay Head Coach Stuart Campbell. “It was a fantastic performance by the whole team. The guys in front of him made sure he had an extremely easy night.”