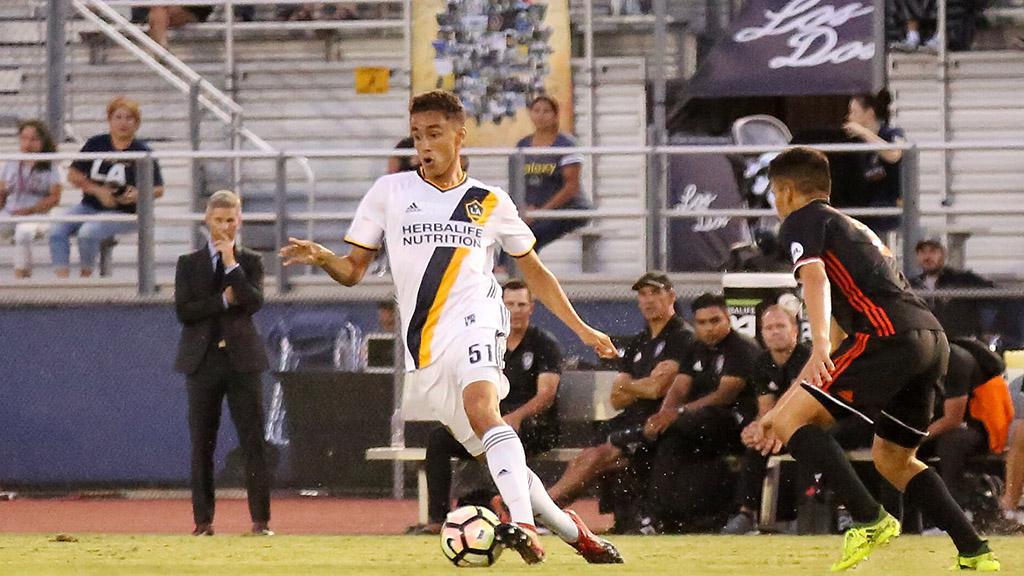 CARSON, Calif. – The LA Galaxy II’s Jon Kempin notched an eight-save shutout as Los Dos took a 1-0 victory against Orange County SC in the third and final 405 Derby of the season on Wednesday night at StubHub Center Track & Field Stadium. The win saw the Galaxy II extend their undefeated streak to four games. Orange County’s Jerry van Ewijk had the first real look at goal in the 26th minute, but his shot from outside the penalty area went wide of the left post. OCSC (7-5-4, 25pts) saw Wuilito Fernandes force a save from LA goalkeeper Jon Kempin six minutes later from the left side of the penalty area, and Kempin had to tip wide from Frank Olijve 25 yards out a few minutes later on a low shot to the left corner. The Galaxy II (5-11-4, 19pts) came close to creating a chance late in the first half, but didn’t register a shot on goal before the break. Los Dos took the lead in the 57th minute, however, as high pressure created a chance for Ryo Fujii, and his low shot picked out the left corner of the net. OCSC tried to level in the 68th minute, only for Kempin to save from Van Ewijk, and five minutes later Fernandes was also denied. For a second consecutive game, LA gave up a penalty kick, but Orange County was unable to take advantage with five minutes to go as Roy Meeus’ shot to the left side was comfortably saved by Kempin. OCSC’s last chance came in stoppage time when Van Ewijk was left in space near the penalty spot, but his shot found Kempin in the center of the goal, allowing Los Dos to claim victory.

Jon Kempin, LA Galaxy II – Kempin recorded an eight-save shutout, including a late penalty-kick save to preserve the win, as Los Dos extended its undefeated streak to four games.